Home Features Why We’re Not Crazy for Believing in Jesus 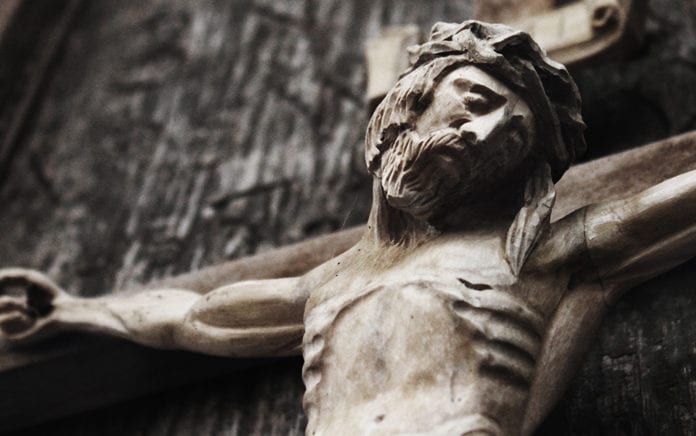 Here are some of the most compelling reasons Jesus is who he says he is.

It’s Easter, which means we have bunnies, chocolates, tulips, egg hunts … and an empty tomb? When I was in Belgium, I was conducting an interview on the street, asking people what Easter was about, and I met one man that knew it was about all of those items listed in my list above, except he truly didn’t know about the Resurrection of Jesus.

As you are having conversations with family and friends about the importance of what this holiday means, this time of year reveals the potent truth of who Jesus is and what he accomplished. The Resurrection is the most significant reason that what we believe, who we pray to and what we are living for is real.

The Bible says it best:

So this begs the question, can we have confidence in the truth of this event 2,000 years ago?

Here’s why the Resurrection is the best account of who Jesus truly is:

Fact 1: We Know Jesus Died On The Cross.

There is no scholarly debate about this. Why? Because a number of different writers in the Bible make the claim throughout the Scriptures. We have extra-biblical Christian writers like Ignatius and Clement of Rome who spoke about Christ’s death. We also have non-Christian writers like Tacitus and Josephus at the end of the first century who claim Jesus came and died on the cross. Like the CNN of their day, they talked about it and recorded it in their history books. Tacitus, himself, writes this about Christ’s crucifixion and what happened below:

“Consequently, to get rid of the report, Nero fastened the guilt and inflicted the most exquisite tortures on a class hated for their abominations, called Christians by the populace. Christus, from whom the name had its origin, suffered the extreme penalty during the reign of Tiberius at the hands of one of our procurators, Pontius Pilatus.”

Not to mention, the Christians wouldn’t make up the fact the Messiah was crucified. The cross was a symbol of shame, disdain and rejection in the modern Jewish/Roman world. To be crucified on a cross would have been shamed by the gods of the day. So to glorify such an event wouldn’t have helped in their “Jesus Will Make Your Life Awesome” PR campaign.

From Outreach Magazine  How to Have a Conversation on Racism

Fact 2: The Tomb Was Empty.

First, the tomb was discovered by women. In that culture a women’s testimony was considered worthless. Unfortunately, they weren’t educated like men were back in the first century. So this begs the question why women would have discovered the empty tomb.

This doesn’t help the credibility or the probability that it was a valid event. Also, we read that the religious leaders tried to claim that the disciples stole the body. Why make that up? Because the body was gone and the tomb was empty. There was no logical explanation for where the body went. Jesus’ grave back then wasn’t a hole in the ground but a cave with a massive stone in front of it, and it was guarded by soldiers day and night. Before the famous “three days and he rose,” the religious community had an idea that the disciples might try to fake Jesus’ resurrection. So they made sure that wouldn’t happen. See what one of the eye witnesses and one of Jesus disciples, Matthew, says below:

“The next day, the day after Preparation Day for Passover, the chief priests and the Pharisees went together to Pilate. They said to him, “Our master, we remember that this imposter claimed that he would rise from the dead after three days. So please, order the tomb to be sealed until after the third day. Seal it so that his disciples can’t come and steal the corpse and tell people he rose from the dead. Then the last deception would be worse than the first!

“I will send soldiers to guard the tomb,” Pilate replied. “Go with them and make the tomb as secure as possible.” So they left and sealed the stone, and Pilate’s soldiers secured the tomb.”

It wasn’t fake. The disciples, the soldiers and many others saw and heard of Jesus resurrection.

Jesus appeared to Paul who was persecuting people. Jesus appeared to over 500 people and so many others. See the reference below from Paul’s testimony in his letter to the Christians in Corinth who were also doubting if the resurrection was real:

“He was buried in a tomb and was raised from the dead after three days, as foretold in the Scriptures. Then he appeared to Peter the Rock and to the 12 apostles. He also appeared to more than 500 of his followers at the same time, most of whom are still alive as I write this, though a few have passed away. Then he appeared to James and to all the apostles. Last of all he appeared in front of me.”
—1 Corinthians 15:4–8

Fact 4: The Disciples Were Willing to Die.

The disciples and many Christians faced horrible deaths because of their beliefs. Some were crucified like Christ, some were left to die on an island by themselves, some were lit on fire, some were fed to lions, some were covered in tar, etc. We know you can believe a lie and essentially be “sincerely wrong” about someone. That’s why Jesus’ brother, James is intriguing. Even his own brother didn’t believe, but was convinced and died for his belief. Let’s be honest, convincing family is hard because they know you most. But the fact that James, who was up close and personal with someone claiming to be the Messiah, was willing to suffer and die for Christ reveals the authenticity of his own conviction that Jesus was who he says he is.

It’s been shown historically that James was leader of the apostles in Jerusalem. James remained the leader of the Jerusalem church until his death around A.D. 62. This is the account of his martyrdom according to Hegesippus (a 2nd century Christian about whom little is known) which is quoted in Eusebius’ Ecclesiastical History, Vol. II, ch. 23 (A.D. 323). James was led to the top of the temple by the Pharisees to let the people all see exactly what happens to those who dare to believe in Jesus. They climbed the temple as the people shouted, reached the top and threw James from the pinnacle of the temple.

It didn’t kill him. He rose to his knees and began to pray for them. The Pharisees on the ground began to stone him as he prayed, while those from the roof rushed down to join the execution. All because James believed a con-man, a lie? No. Even though they were threatened with death they still believed.

For these reasons and many more, you have a good case to share with others that Jesus really did die and rose again. 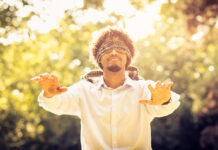