Home Features How Secularism and Church Diversity Will Intersect 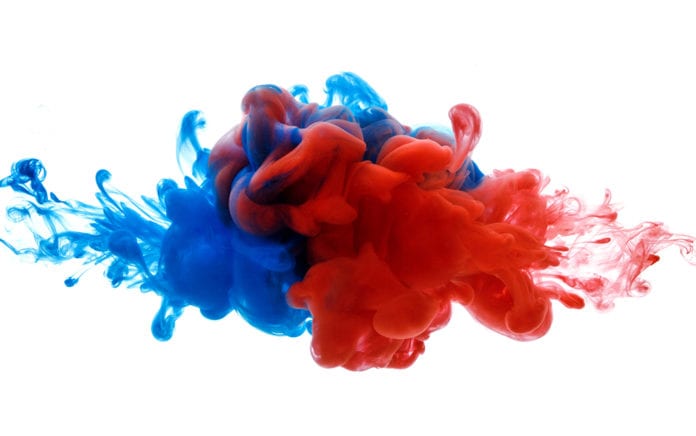 As the world becomes more secular and diverse, the church will need to grow more diverse while maintaining our conviction.

Globally speaking, the church is at a significant crossroads right now. We’re watching the geographical epicenter of our faith shift from its centuries-old epicenter in the West to the Global South, where it continues to grow at encouraging rates.

In his book The New Faces of Christianity: Believing the Bible in the Global South, professor Phillip Jenkins argues that 60 percent of the world’s population of Christians right now live in Africa, Asia and Latin America.

By 2050, we’ll see these numbers shift even further; estimates indicated that there will be approximately 3 billion Christians in the world, 75 percent of whom will live on the aforementioned continents otherwise known as the Global South.

Despite this newfound reality, many have long considered Christianity a Western religion—it’s been associated with American culture, ideals and practices for many generations. Alexis de Tocqueville, upon his visit to the United States, observed in his famed work Democracy in America that “there is no country in the whole world in which the Christian religion retains a greater influence over the souls of men than in America.”

These words, originally written in the mid-19th century, might not ring quite so true to us as they once did over 100 years ago. Given Christianity’s dramatic shift from the West to the South, many worry about the future of the Christian faith in America.

Some find themselves asking: In light of the changing life of the church, what exactly will the nation look like ten years from now?

Let me briefly mention the trends that will grow more prominent in years to come: the rise of secularism and the diversification of evangelicalism.

The Rise of Secularism

Few would doubt that America is becoming increasingly secular.

In the 2014 Religious Landscape Study, the Pew Research Center found that the number of adults who consider themselves religiously affiliated shrank 6 percent between 2007 and 2014. Most notably, younger generations—the infamous ‘millennials’—aren’t praying or attending church with the same frequency as older generations. Based on survey data, their acceptance of traditional Christian doctrine—belief in God, heaven, hell, etc.—is also lower.

What does this say about what American society will look like down the road? I believe that this rise in secularism will likely make it harder for followers of Jesus to engage the culture. In short, the culture will continue to look more and more post-Christian as the years progress.

From Outreach Magazine  Barna: Over Half of Churchgoers Don't Know the Great Commission

There will be fewer people who self-identify as Christians, of course, likely making it more challenging for believers to maintain ‘lukewarm’ faith convictions. Those who claim to follow Jesus are going to have to answer some hard questions about what they believe and how much they really believe it.

For this reason, apologetics will likely come in to play as believers and church leaders who choose to share their faith will likely have to address hard topics and questions. If anything, this will force individuals to think critically about their commitment to Christ which, in some ways, should produce a more grounded, less flip-floppy culture within the church.

Christians will surely represent a smaller but more serious part of the population; this, I would argue, is not such a bad thing.

Like Christians living in more heavily contentious regions around the globe now, believers living in America ten years down the road are going to have to consider the cost of following Jesus. The culture will only become farther removed from the tenets of our faith; because of this, pressures to conform, as Paul writes in Romans 12, “to the pattern of this world” will be at an all time high.

But my hope and prayer is that believers will stand firm amidst a whole host of temptations and choose to live distinctively Christian lives. Our neighbors, family members, and friends should be able to tell, not just by what we say, but what we do that something about us is different because of our faith.

I can’t help but consider the relevance of Jesus’ words to the crowds during the Sermon on the Mount: “Let your light so shine before men, that they may see your good works, and glorify your Father which is in heaven.”

The Public Religion Research Institute released a report in 2017 entitled America’s Changing Religious Identity based on findings from their 2016 American Values Atlas—for this, a sample of more than 101,000 Americans from all 50 states was analyzed.

Some of the core findings: White Christians now account for fewer than half of the public. On a broader scale, the number of white evangelical Protestants in America is on the decline.

Data from Pew Research Center also corroborates these findings in their 2014 Religious Landscape Study. While 70 percent of white Americans would call themselves Christians, 79 percent of black Americans and 77 percent of Latinos would call themselves the same. The face of Christianity isn’t just changing globally—it’s changing even within America. Demographics are clearly shifting and the church is beginning to look more and more ethnically diverse with each passing year.

What does this mean for us in the next decade? Primarily, it means that we must begin to reassess what it looks like to live and worship in unity as the body of Christ.

Christians living in America are going to have to deal with the root cause of some of their deepest sins and divisions. We’re going to have to confront the evils of racism, prejudice, and other dividing walls preventing us from living as one body in Christ Jesus.

Going forward, are we (the church) going to revel in familiarity or celebrate diversity? Are we going to focus on what divides us, or instead on what unites us? Will we keep our doors closed or instead choose to welcome people from a wide range of cultures into our places of worship?

A secular world needs to see a diverse church. In doing so, some of their presumptions are undermined—like that evangelicals are mono-ethnic, isolated, etc.

So, as we look ten years ahead, the culture will become more secular. That will, indeed, make some people harder to reach. Yet, we are called to reach that culture.

When the words of Christ come from believers in a community, that is a picture of the Kingdom of God—where men and women from “every tongue, tribe and nation” are showing the love of Christ, that word will more likely be heard.

Gabriella Siefert contributed to this article.