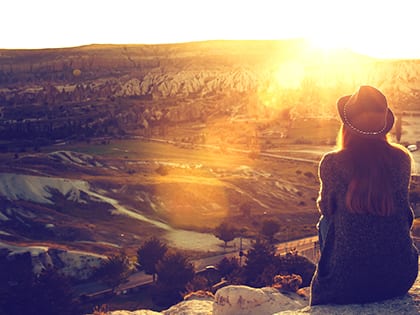 The problem was—and is—that not enough laborers are willing to recognize that hearts will remain restless until they find their rest in God, and to point them to Jesus.

“Thou hast made us for Thyself, O God, and our hearts are restless until they find their rest in Thee.” Saint Augustine’s often-quoted statement from his Confessions assumes much about what it is to be human. Consider these three hypotheses.

1. If we were made by God, then we should expect to find something within us that longs to be connected to him. God is a God of grace and, properly considered, his grace is irresistible. Furthermore, he extends common grace to all. Every moment we breathe in a world made by God and sovereignly ruled by God exhibits and demonstrates his grace to each person. Every moment that passes where judgment does not fall on a society unresponsive to him, unsurrendered to him or in rebellion against him is a demonstration of his grace.

God woos us to himself through this restlessness. Augustine’s observations continue to have merit. Scripture reminds us that it rains on the just and the unjust. God relentlessly continues to lavish creation with his grace and favor, and he is constant in his giving of grace that we might come to him.

2. If we feel disconnected from God, then we can assume that something has gone awry. What might have happened? Scripture is explicit: We humans have foolishly taken it upon ourselves to forge our way without respect for God and his plans for our lives. We are pea brains who know little given the complexities of just living in this fallen world.

But even in our sin, his love never ceases. He sends Christ to forgive us of our sins and extends to us a means of reconciliation with him through Christ’s death and resurrection. He allows us to embrace him as Lord and manager of our life and to begin the process of straightening up the tangled mess we’ve made of things. The restlessness begins to settle into resting in him and enjoying his forgiveness and love.

3. If people hear the good news clearly presented, then they will at least find some kind of connection with the message. People want to talk about the deep things of life and how the broken pieces can be made whole again. It should be our pleasure to cultivate the kinds of relationships in which we can talk about these weighty topics and the spiritual hunger that accompanies them. And when we broach the subject with friends and acquaintances in a winsome way, it is remarkable how much people are interested in talking.

From Outreach Magazine  Kyle Idleman: Persevering in Seasons of Struggle

I think Augustine got it right—and it should come as no surprise that this is the case. Jesus said to his disciples, “Lift up your eyes and see that the harvest is ripe and plentiful.” He wasn’t speaking about agrarian matters, but rather that people are spiritually hungry and long to hear about God’s love and grace. Jesus said everything was just fine with the harvest and that all was going as expected.

The problem was—and is—that not enough laborers are willing to recognize that hearts will remain restless until they find their rest in God, and to point them to Jesus.

Dr. Jerry Root is professor of evangelism at Wheaton College and director of the Evangelism Initiative at the Billy Graham Center for Evangelism.