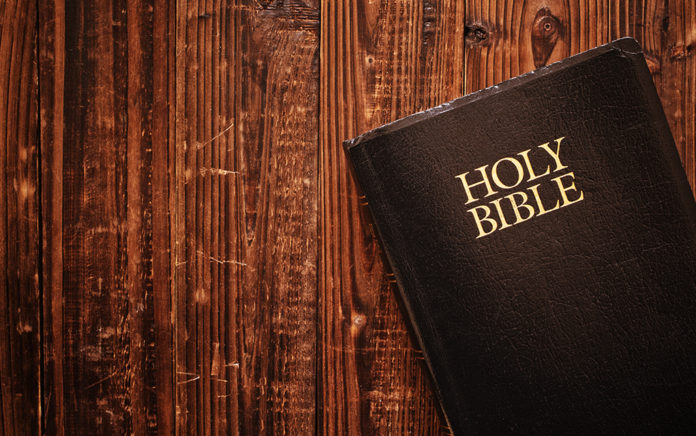 This article originally appeared on MissioAlliance.org and is reposted here by permission. I don’t like the phrase “biblical justice.” Often, in my experience, it is a certain kind of Christian who talks about biblical justice so as to assure other nervous Christians that they’re not dabbling in social justice. Social justice, if I understand the anxious perspective […]

I don’t like the phrase “biblical justice.” Often, in my experience, it is a certain kind of Christian who talks about biblical justice so as to assure other nervous Christians that they’re not dabbling in social justice. Social justice, if I understand the anxious perspective correctly, is not something Christians should concern ourselves with because it takes away from the emphasis on the gospel and its power to save individuals. Biblical justice, then, becomes a boundary which constrains our efforts to charity and our emotions to pity.

Despite this peculiar, limiting use of the word “biblical,” I am a Christian and one of those for-real-for-real Bible-believing ones at that, so it seems reasonable to expect Scripture to inspire our imaginations for justice. So recently I spent some time identifying a list of biblical justice characteristics. What is it that we can understand from Scripture about what justice is, how it is accomplished and how we participate in it?

As with any list, this one is woefully incomplete. I’m sure you could add more attributes, and I hope you’ll share your suggestions with us. So, further caveats aside, here is my list:

1. Justice is God’s idea (Deut. 16:20). Listening to some churches and denominations might lead you to believe that justice is a new idea, one that is either welcomed or which makes us wary. While some of us may be waking up to the biblical mandate to live justly, it’s been God’s idea since the beginning. Thankfully there are many Christian communities who’ve embodied this beautiful, ancient idea for a very long time. We newbies would do well to sit humbly at the feet of these righteous elders and learn.

2. Justice is affirmed by Jesus (Luke 4:18–19). For many good reasons, most of the Bible’s direct language about justice is found in the Old Testament. It doesn’t take long, though, to see how Jesus affirms Scripture’s assumption that God’s people will seek justice. In Luke, Jesus begins his ministry by proclaiming liberty to captives and to set the oppressed free. He would eventually send his followers with that same holistic gospel on their lips and in their lives.

3. Justice begins in worship (Isa. 5:16). Christians who’ve only recently woken up to the biblical concern for justice can easily miss the connection with worship. But we cannot silo the pursuit of justice from the adoration of and allegiance to the God who, according Isaiah, is just. We need preachers, worship leaders, liturgists, musicians, and artists who will lead us to worship the righteous God for whom justice is not a ministry or a program but a characteristic and a command. As Vince Bantu writes in the introduction to Gospel Haymanot, “God’s desire for our liberation is so that we may worship Christ alone.”

From Outreach Magazine  7 Reasons Why I Believe in Attractional Evangelism

4. Justice demonstrates God’s sovereignty (Deut. 4:40). God desires for all of creation to flourish under a people living justly. In the world of God’s intention, scales are balanced, there are no bribes, land and animals are given their rest, fruit and grain are left in the field for the vulnerable, and foreigners are welcomed as citizens. When we live righteously in the world, we are demonstrating God’s caring rule over the world.

5. Justice is social (Exod. 23:6; Lev. 25:1–7). This Leviticus passage is one of my favorites in the Bible. Here we see that God’s vision for justice includes all of the social fabric of the creation, including land, domesticated animals, wild animals, and migrant workers. Individuals matter, but biblically speaking, you can’t engage the individual outside of his or her social situation. Our vision for justice, if it is to be biblical, must engage with these social realities and must have a word of hope for each of them.

6. Justice prioritizes the truth (Exod. 23:1–3; John 14:6). Christians are not to prioritize comfort over the truth. This ends up being a great deal harder than it sounds, especially for those who are called to afflict the comfortable. I’m thinking of a pastor in a majority-white church who understands how her people will squirm if she addresses the latest public instance of racial violence in her pastoral prayer. She knows the emails that will come. She remembers the family who threatened to leave after her sermon following George Floyd’s murder. And yet, biblical justice will never elevate the comfort of the privileged over the truth about the oppressed. Last fall I heard from a few pastors who were fired by their churches for choosing the truth about racial injustice over their people’s comfort. How tragic! But also: May their number increase!

7. Justice prioritizes the oppressed (Exod. 20:9–10). I’m always amazed that the Sabbath commandment precludes work for servants and foreigners. Those who were most vulnerable to exploitation were given the same weekly gift of non-productive rest. Could our own society be any more different? I recently read Margaret Regan’s book Detained and Deported about the experiences of migrants and immigrants at our southern border. She writes, “Detainees can hire an attorney if their families can scrape together the money, but most can’t. And unlike criminal defendants, they’re not entitled to public defenders. So most represent themselves, struggling to make their way through thickets of immigration law.” What a terribly different experience than what God expected from his people.

8. Justice humbles the powerful (Matt. 23:23–24). This privileged white man has way too many stories to illustrate this one. Pastoring a multiracial church in a historic African American neighborhood has shown me again and again that the way of Jesus is narrow and humbling. I’m comforted by the fact that there was rarely a person of power who encountered Jesus without being humbled … or humiliated.

From Outreach Magazine  The Emerging Microchurch Era: 4 Questions Your Church Should Ask

9. Justice is a normal part of the gospel-anchored life (Matt. 19:8–10). Some of us have made justice exceptional or occasional. But Scripture shows us that it is simply a regular part of our life with God. Zacchaeus’ example is instructive: confession and repentance lead him to do justice. We don’t opt in and out of justice. Rather, it’s to be wrapped up in the normal living out of the gospel which we pursue daily.

10. Justice leads to reconciliation (Rom. 3:25–26; 2 Cor. 5:18-19). There can be a strange assumption, common among those of us who’ve mostly escaped injustice, that the cross is only a symbol of mercy and forgiveness. But those of us who are rooted in the crucifixion and resurrection of Jesus must understand the importance of justice being satisfied for genuine reconciliation to be accomplished. We glory in our justification; it is the foundation of the forgiveness and reconciliation which characterize the Christian life.

We can’t stop talking about social justice; it’s a necessary corrective to the individualizing instinct that reduces God’s boundless vision to a program in which I can choose whether or not to participate. But let’s reclaim the language of biblical justice as well, not as a restricting fence but as an expanding horizon in which our righteous God teaches us what it looks like to follow, in Isaiah’s words, “justice and justice alone.”