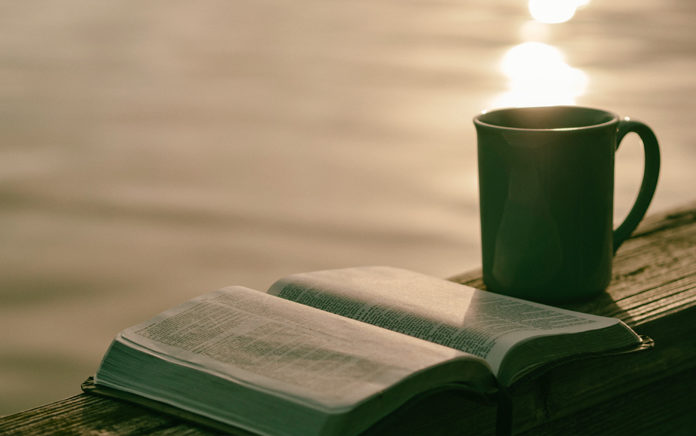 “Sabbath is wholeness, communion and economics. Sabbath is politics—the politics of God’s rule and reign.”

It is a sad but unfortunate truth that much of the contemporary church has no intimation of what to do with the Bible’s teachings regarding the Sabbath. Couched in the dime-store narrative of Jewish legalism, the standard approach to the Sabbath imperatives has been a sort of “casting-off” of Judaism’s “dead weight.” Though surface-level scholarship appears to lend itself to such hasty dismissal, there are important nuances that have been missed in arriving at such a conclusion.

In light of the ever-turbulent political landscape, the church is desperately in need of something fresh—an unexpected breeze to blow through the stale air of our predictable and patterned praxis. I suggest we reconsider the Sabbath for such revitalization. You see, the Sabbath is not simply a personalized “rest principle,” a devotional summons to cease from work in order to dust off the neglected discipline of reflective introspection. Sabbath is wholeness, communion and economics. Sabbath is politics—the politics of God’s rule and reign.

Until we reengage with the enormity of the Sabbath, nestled as it seems rather obscurely in the corpus of Scripture, we will not only fail to rightly handle the biblical texts that speak to us of the Sabbath, but more seriously, we will fall short of the vitality it is intended to give to our contemporary expressions of witness and proclamation.

The Sabbath held a unique position within the context of Israel’s national life. It was not just a resonant description from the archives of Hebrew mythology (God taking up residence in the Edenic temple), it was an eschatological and community-shaping directive with threads trailing off simultaneously backward and forward in time, weaving past and future together into the present dimension, glimpse by glimpse disclosing an unfinished yet anticipated tapestry. As such, the Sabbath was intended to order and communicate, through the corporate life of Israel, something of the very nature of God’s eternal purpose. It was deeply significant to the functional identity of Israel, and ultimately, the cosmic heaven-earth temple, as God’s dwelling place (see, Gen. 1–2 and Rev. 21–22).

“The Sabbath was to time what the temple was to place. The temple was where heaven and earth met, held together in a dangerous symbiosis, with the image-bearing humans standing at the fault line in worship and obedience. The Sabbath was where the age to come broke into the present age, so that God’s future and God’s present were held together, again with the human beings standing at the threshold in a single moment of rest and celebration, with the Past coming forward as well: the creation, the original Exodus, and all the other moments of divine triumph in Israel’s history.”

Wright’s suggestion that the temple and Sabbath share functional commonalities as intersection points for heaven and earth is a robust proposition. But, does it hold weight?

Historically speaking, the quantifiable overlap of heaven and earth is subject to understandably contested degrees of interpretation. Most every biblical example we can point to, from the garden of Eden, to the brief moments of tabernacle-traction sprinkled throughout Israel’s wilderness years, to the shekinah of Solomon’s temple, all seem to say, implicitly, that heaven and earth are mostly incoherent realities, unable to be joined.

Enter Jesus. Israel’s long-awaited Messiah stands in the Nazareth synagogue on the Sabbath before the local assembly and reads from the scroll of Isaiah (Isa. 61) announcing the commencement of the Jubilee year of God’s favor. His words, “Today, this scripture is fulfilled in your hearing,” leaves the crowd in a stupor. Jesus is undeniably announcing that God’s kingdom is here, that the “Sabbath of Sabbaths” has formally begun.

The messianic proclamation of the God’s kingdom as the “fulfillment of time,” the arrival of the “Year of the Lord’s favor,” is offered up by Jesus as a forward-leaning marker from Israel’s distant past, connecting heaven and earth once and for all to a common and seemingly imminent reality. There is hardly any sense of a “casting off” of the Sabbath by Jesus (though he certainly made qualifying moves to reign in the egregious and abusive contextual misrepresentations heaped up by late Jewish scholarship).

Jesus seems ultimately concerned with redeeming false and forgotten perceptions of the Sabbath by bringing it out from the shadows of fading memory and confusion and into the light of God’s present administration of justice and peace. Though it once stood as an important foreshadowing element within the life of God’s chosen people, it has now come crashing in center-stage as the elucidatory essence of the new creation.

It is not difficult then, in light of these things, to see the Christian community of Luke–Acts embodying Jesus’ fresh witness of the ancient Sabbath and Jubilee imperatives (Exod. 16 and Lev. 25). Born of the Spirit, the early believers comprised a distinguishable, eschatological contrast-culture within first-century Rome marked by a fellowship of justice, peace and love. A more courageous pen might venture to call their sharing communism—a communism of love. However you break it down, sharing and sacrifice were at the root, and the medium clearly depicts a Spirit-animated community with Sabbath-shaped, family-like, socioeconomic practices (and you don’t have to blur your eyes to see it).

Questions regarding the prescriptive nature of the texts in Acts 2 and 4 (though understandable) are altogether misplaced since the thrust of the story is not law but spirit, not fear but love. Radical sharing and redistribution is something Christ followers are enabled and empowered to do. This is why Paul suggests that all give joyfully, since giving from a free and joyful heart is what pleases God (2 Cor. 9:7). Jesus links impartiality and generosity with what makes us “perfect” or “complete” and identifies us as God’s children. For, “He (God the Father) causes his sun to rise on the evil and the good, and sends rain on the just and the unjust” (Matt. 5:43–48).

From Outreach Magazine  7 Ways Churches Can Cooperate, Not Compete

The Spirit that descends to adopt us as God’s children speaks to us of a Father “above” who is prodigal with his abundance. Followers of Jesus from any age who dare to be conformed to this truth are swept into the celebratory life of the age to come where the wedding feast of the Lamb comes to us anew, time and time again, expressing to us the extravagance of God and inviting us to participate.

A SUMMONS TO SABBATH

We must, therefore, strive to embody a surrendered life of Sabbath anticipation and conformity in our fellowships. The words of the Old Testament prophets and the witness of Jesus and the early church suggests living in constant expectancy of God’s total administration. Earth awaits the pouring out of heaven, the covering of God’s glory over the earth as the waters cover the sea (Hab. 2:14). Paul, with prophetic intuition, declares in Romans 8 that the ultimate end to which we collectively labor is the renewal of all things and that the intermediate state is, quite naturally, one of intercessory groaning (vv. 18–25). Creation itself covets the disclosure of God’s children who have been swallowed up in the authority of God’s endless and emphatic love.

To love one another as Christ has loved us is the new law (John 13:34–36) of the messianic age. It is both the sign of conversion (v. 35) as well as the politics of conversion (Mark 12:31). We must remember that this love is exclusive to the politics of the kingdom of God and its chief distinction from the diplomacy of the nations. The supremacy of sacrificial love replaces both policy and legislation, which are necessarily “lorded over” a populous, with minds and hearts that are eager to heed the call to true loyalty to the living God. Through God’s grace and power we must become the very city on a hill that Jesus said, “cannot be hidden” for “like a lamp” it “gives light to everyone in the house” (Matt. 5:14–15).

With arms stretched wide we give testimony to the Sabbath through faithful obedience and worshipful celebration which engineers for us a permanence of witness in the present age that could not be otherwise achieved. It is only in standing in the gap between what is and what is to come that one arrives at true and vibrant faith. Faith is loyalty to the future which is already (somehow) here with us now. Passivity and compromise are unimaginable—we are called to actively assimilate the very redemption we anticipate. If the Sabbath of old was only a distant glimpse at God’s redemptive purposes, we who belong to the inaugurated kingdom of the Messiah’s perfect love must now stand beholding its arrival. It is through this type of politics that the church must show the world an entirely different way of being human.