Home Features Christmas in the Year of COVID 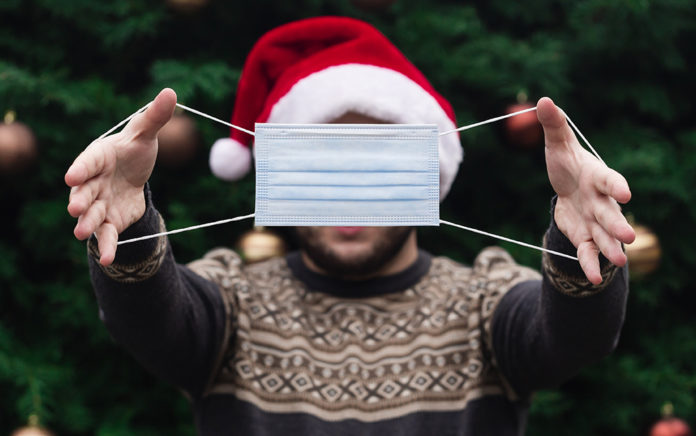 3 takeaways from the incarnation for this strange year

As 2020 careens to a close and we limp into Christmas season, most of us aren’t feeling very jolly. It may be the most wonderful time of the year, but we’re just hoping to make it through December. Preferably with a vaccine.

Few us thought last year when we celebrated the season, that in a year this strange thing called COVID would upend so much of our lives. And even as the virus began to spread, none of us thought pandemic Easter would turn into a Corona Christmas. And yet here we are.

It’s been a rough year. Natural disasters. A global pandemic. Racial tension. A divisive election. And probably a dozen other things that would grab headlines in a normal year. Most of us aren’t really feeling. Some of us are mourning deep losses. Every one of the 250,000 plus who have died from COVID has a name and a family and a face. There will be empty spaces at too many tables this year.

And the economic pain has been shattering. Lost businesses. Lost jobs. Lost retirement. Kids who assumed a year of school and friends and summer camps and graduation have been forced to spend so much time, in their formative years, staring at a piece of glass, forging community through their cameras.

This Christmas, more than any in recent memory, will mean loneliness, hardship and pain. For many, Zoom will replace the warmth and hugs and handshakes of the holiday. And yet we Christians might lament, but not despair, for it is precisely in this season that we most need Advent. Christmas is just what God ordered for a broken world.

Here are three timely takeaways from the incarnation of the Son of God for 2020:

1. Jesus Came Into a Troubled World.

You don’t have to read too far into the Gospel narratives to see the pain and longing seeping up through the pages of your Bible. For four hundred years, God had not spoken to His people. No angels. No prophets. No kings.

Israel was scattered around the nations, and the remnant that lived in their land felt the sting of their oppressors: Roman flags flew high in the sky, a reminder they lived at the discretion of Caesar. Revolutions had come and gone, some successful, most short-lived, almost all bloody. False messiahs had come and gone; the religious establishment was deeply corrupt—all of this embedding a thick layer of jaded faith in the hearts of even the most devout.

Listen to the words of Zechariah, who having seen the angel Gabriel in the temple couldn’t quite believe that the promises of God, long held captive in dusty scrolls, were coming to pass in his day:

“Because of our God’s merciful compassion, the dawn from on high will visit us to shine on those who live in darkness and the shadow of death, to guide our feet into the way of peace.” —Luke 1:78–79

If we are not careful, we might assume we have to come to Christmas with manufactured euphoria and fake joy. But Jesus invites us to bring the loneliness of a lost year, the sting of division and defeat, the persistent longing for a better world. What he offers is both salvation and hope. Salvation through his perfect life, death and resurrection. Hope that the brokenness that greeted him in Bethlehem, that knocks uninvited on our doorsteps, will not have the last word. Christmas is a pinprick of light, leading us to that day when the darkness will be no more.

No carols serenaded the poor, unmarried peasant couple who stumbled into Bethlehem late that night. Mary and Joseph didn’t know they’d be the subject of endless nativity scenes, greeting cards, and would adorn racks at the department stores. They arrived, clinging to a promise, treasuring in their hearts the words whispered by the angel. Mary and Joseph had little agency. They had no public platform. The Son of God, fresh from the throne room of heaven, had no place to lay his fragile head.

Everyone in Bethlehem thought the real power lay in Herod’s palace, a counterfeit king who guarded his power jealously and used violence to quell any hint of opposition. Everyone feared Herod, especially the Bethlehem parents who quivered in fear at a knock on the door. But the real power was centered in the delicate hands of the child wrapped in tattered rags. Two thousand years later, we know Herod only as a footnote in the story of Jesus, a mere pawn in Satan’s long and futile war against God.

From Outreach Magazine  Why Responsibility Is an Opportunity

Today we wring our hands and clench our fists, we raise our digital voices in anger and angst at the injustice that travels across our timelines, but we can rest in the knowledge that one day evil will be extinguished for good.

Jesus Meets Us in Our Longing.

If anything described the people of God in the first century, it was longing. These promises of God, first spoken by prophets, seemed so distant and unreal. Would a son of David arise and lead God’s people out of spiritual and political bondage? Would that forever kingdom arrive?

This, today, is a season of waiting. Waiting for a vaccine to crush COVID. Waiting for life to get back to normal. Waiting to see loved ones we’ve only glimpsed via Zoom. And the waiting seems to get longer—first a week, then a month, then a summer, then a year.

Waiting and longing are not activities we modern people enjoy. So much of our life has been made easy by being made swift. Fast internet, fast cars, two-day shipping. Even the microwave seems slow for a world in a hurry.

But Advent is about waiting, longing, hoping. And unlike the promises of science, the promise of Advent is sure. The One who broke into the world as a fragile baby will return one day in power as King, crushing his enemies and ending injustice.

But like those first century Jews, the promises of Jesus’ coming can seem remote and a bit far-fetched. Year after year of suffering, brokenness, and heartache dot our calendars and afflict our lives. Will a Messiah ever come?, they wondered. Will Jesus ever return?, we wonder.

Like Zechariah, our prayers have often crusted over into cynicism, our hearts unready to hear good news.

Christmas—this season where we celebrate God delivering on his promise and being made flesh in Jesus—reminds us that what the Almighty has promised, he will deliver. The God of the first Advent is the God of the second. Light has come into the world—this hard and difficult and broken world—to guide our feet into the way of peace.