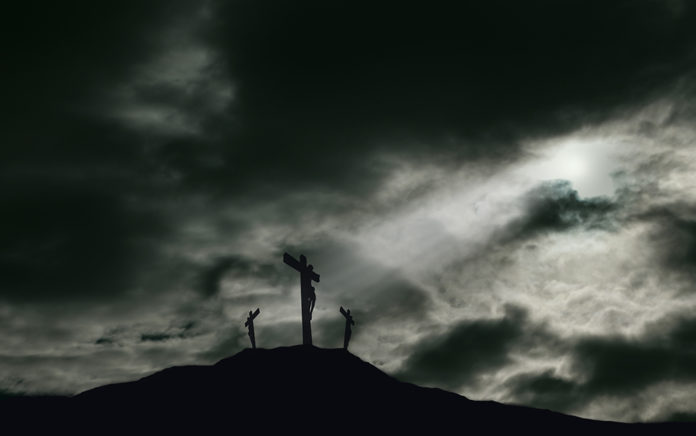 Where do we find hope in the midst of suffering?

“And we know that in all things God works for the good of those who love him, who have been called according to his purpose.” —Romans 8:28

So said the apostle Paul. It is one of the Bible’s most bracing, comforting and challenging claims.

What makes it challenging is the presence of evil. Where is God when darkness enfolds us? What is God up to when chaos surrounds us?

This year has felt like a “darkness enfolding,” “chaos surrounding” kind of year—one that has held (so it seems) more than its fair share of evil. Where is God in it? How do we find hope and strength in God in the midst of challenging circumstances?

I want to submit to you that we find hope and strength by going back to the first principles of our faith: by attending again to the details of Scripture’s presentation of God and anchoring ourselves once again (and again, and again) in his identity, as the one who works in all things for good.

THE VALLEY OF PRAISE

Let me share a recent example from my devotional reading in 2 Chronicles. Good King Jehoshaphat and the people of Judah are suddenly surrounded by the armies of Ammon, Moab and Mount Seir. Jehoshaphat calls the people to turn their faces to the Lord. Together they plead:

“Our God, will you not judge them? For we have no power to face this vast army that is attacking us. We do not know what to do, but our eyes are on you.” —2 Chronicles 20:12

And sure enough, the Lord answers Jehoshaphat and the people in a staggering reversal of fortunes. As the armies of Judah march to meet their foes, they do so singing, “Give thanks to the Lord, for his love endures forever” (v. 21). They worship, and God works. The marauding armies suddenly turn on one another (vv. 22–23), the result is that certain doom is turned inside out. Jehoshaphat and his men go out expecting to see a vast army and instead discover a sea of plunder—so much “that it took three days to collect” (vv. 24–25). Praise erupts: “On the fourth day they assembled in the Valley of Berakah, where they praised the Lord. This is why it is called the Valley of Berakah to this day” (v. 26).

Berakah means praise. The valley of certain destruction had been turned into a place of blessing. A sure ending was turned into a fresh beginning. Good Friday yields to Easter Sunday. Every time. Such is the way of our God.

Christians are people who believe in something called divine providence. The story of Scripture invites us to recognize that the gracious hand of God is ever at work, in all things at work, for our good. That is another way of saying that providence is not first of all about history, but about God. John Webster helpfully explains:

Phrases like “all occasions are seasons of mercy” and “God orders our time” are easy to say when life is sunny. They prove difficult when life hits the fan. When we lose someone we love. When a friendship is broken seemingly beyond repair. When a marriage falls apart. When our best laid plans fail. When years of effort are washed away by calamity and catastrophe. When there is civil unrest, rioting in the streets, a teetering economy and a global pandemic. Where is God in that? And what is he up to?

The Christian gospel summons us to believe that God’s presence does not wax and wane with the ebb and flow of history; it is not a coefficient of any circumstance. The first fact of theology: God is. Period. Full stop.

Knowing this allows us to answer the vexing questions with clarity:

Where is God in difficulty?

Where he has always been—everywhere.

What is he up to?

What he has always been up to—bringing his good intentions to fruition in created time.

The story of Jehoshaphat illustrates it perfectly. Where was God in the difficulty? No doubt, he was in the prayers and entreaties of the people of Judah—that much is easy to recognize. But he was also—and here’s where it gets really interesting—inside the camp of the marauding armies. He tucked himself into Judah as encouragement and hope. And he also tucked himself inside the camp of Ammon, Moab and Mount Seir as a disordering force that would throw them into chaos. God—get this—was fully present inside the enemy camp to disarm, overthrow and subvert evil so as to finally bring blessing out of it.

That, friend, is the very signature of the work of God. God is not limited or circumscribed by created reality; he is always the one in whom we, and all things with us, live and move and have our being (Acts 17:28). All that exists does so in him and by him and through him and so also for his glory.

Part of what this means—please hear this—is that evil does not and cannot bracket out the presence of God. Far from it. Sin and death and the grave, which so plague our world, do not mitigate his presence. So said the Psalmist, “If I go up to the heavens, you are there”—to which we add a wholehearted “amen”—and then continues: even “if I make my bed in the depths, you are there” (Ps. 139:8). Our God both inhabits the camps of Judah and the camps of the marauding armies; both the heavens and the shadowy depths—in each case with the same gracious divine intention, with a single will and purpose.

It is tempting to say that God meets evil on its own territory. But, of course, that would not be right. All territory is God’s territory. “The earth is the Lord’s, and everything in it” said the Psalmist elsewhere (Ps. 24:1). The saving work of God in Christ meets evil on territory that evil thinks it has laid final claim to so as to reclaim it for good. He makes manifest his omnipresence in the belly of the beast (which finally belongs to him) in order to save and deliver.

Nowhere is this seen more clearly than on the cross of Jesus Christ. The God whose presence forever lights up the created order takes on corrupted human flesh to work our redemption. “God made him who had no sin to be sin for us, so that in him we might become the righteousness of God” (2 Cor. 5:21). As he did with the enemy encamped against Judah, in the body of Jesus, God makes manifest his presence in the depth of evil in order to overthrow it from within, releasing blessing and life. Death devours the body of Jesus and, to its horror, discovers that it has swallowed the undevourable being of the Living God. St. John Chrysostom put it like this:

“Hell took a body, and discovered God.
It took earth, and encountered heaven.
It took what it saw, and was overcome by what it did not see.”2

And therefore John enjoins his hearers to “rejoice today, for the table is richly laden.” Evil is overthrown from within, leaving spoils behind. Always has been. Always will be. One day, even the evil nations that rage against the Lord will be turned on their ears, converted to the Lord of Life:

“The seventh angel sounded his trumpet, and there were loud voices in heaven, which said: The kingdom of the world has become the kingdom of our Lord and of his Messiah, and he will reign for ever and ever.” —Revelation 11:15

In the economy of salvation, nothing is wasted. God takes all things and turns them for good. That’s the promise of Scripture from beginning to end.

Believing this allows us to do two critical things at once.

On the one hand, it allows us to name evil as evil. Sometimes, in our attempts to articulate things like providence and the sovereignty of God as the ground of Christian hope, we make it seem like evil things are actually good. A family loses their father to a heart attack, and we glibly say, “Everything happens for a reason.” A national calamity happens, and we say, “It’s all part of God’s plan.” A child dies of leukemia and we say, “It must have been her time.” The words ring hollow because our hearts know the thing that happened was evil—but somehow we are supposed to believe it was actually good?

No, no. Evil is evil. It is a defection from the good will of God. We do a serious disservice to the truth—indeed, we call woe down upon ourselves—when we call evil good (cf. Isa. 5:20). It is not good. War, plague, pestilence and famine. Racism, classicism, ethnocentrism and sexism. Broken minds, broken bodies and broken relationships. Heart attacks, cancer and Parkinson’s disease. None of these things are good. They are evil. And we must have the courage to name them as such.

But on the other hand, knowing that God is the one who subverts and overthrows evil, we can take courage in the fact that one day, perhaps soon, perhaps later, God will make manifest his victory, turning mourning into dancing, sorrow into singing, tragedy into triumph, such that we will be able to look back upon the vale of tears we walked through and wonder to ourselves, “How could it have been any other way?” Such is the genius of our God.

Following Jesus does not exempt us from the difficulties and troubles of this world. We have it on the Savior’s own words: “In this world you will have trouble” (John 16:33b). Rather, it transforms our relationship to those troubles: “But take heart! I have overcome the world” (John 16:33c). Jesus Christ, with his Father, in the power of the Spirit, is guiding our lives to a good end. Webster once again:

Yes, as we know God. This specific God. The God who in Christ is not overcome with evil but overcomes evil—from the inside out—with good. This our hope.