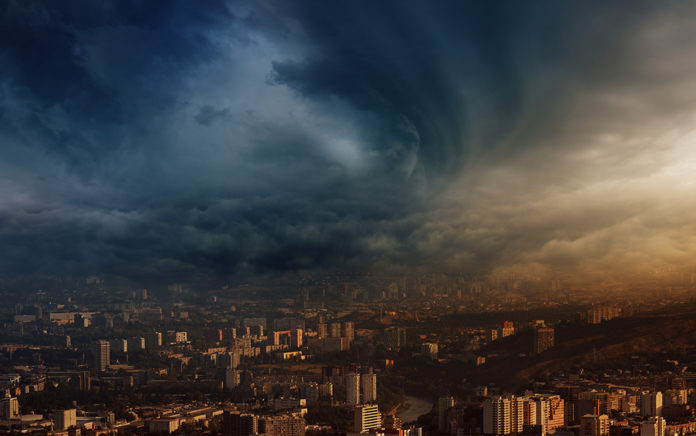 Abraham was getting on in years, yet he and Sarah didn’t have any children. However, God had given him this promise: “I will make you a great nation; I will bless you and make your name great; and you shall be a blessing” (Gen. 12:2). Although Abraham was older than old, he kept believing that […]

Abraham was getting on in years, yet he and Sarah didn’t have any children. However, God had given him this promise: “I will make you a great nation; I will bless you and make your name great; and you shall be a blessing” (Gen. 12:2).

Although Abraham was older than old, he kept believing that God would fulfill His promise. He believed God despite his circumstances.

Ironically, he was originally named Abram, which means “exalted father.” Do you wonder if anyone ever made fun of him? Hey, exalted father, how’s it going? By the way, how many kids do you have now?

Then God changed his name from Abram to Abraham, which means “father of many nations.” When God looks at us, he doesn’t just see us for what we are. He sees us for what we’ll become. He sees our potential.

God doesn’t see things the way we see things. We see an Abram; God sees an Abraham. We see failure; God sees potential. We see a blank canvas; God sees a finished painting. That’s why God could look at Abraham and say, “It’s going to happen. Count on it.”

Chapter 4 of Romans tells us, “And Abraham’s faith did not weaken, even though, at about 100 years of age, he figured his body was as good as dead—and so was Sarah’s womb” (v. 20).

There was no way that he was going to have a child at age 100. It wasn’t going to happen. And Sarah, who had never conceived a child before, was past the age of childbearing. The only way for this to happen would be if a miracle took place.

From Outreach Magazine  How to Assemble a Personal Prayer Team

Despite his feelings and his circumstances, Abraham brought glory to God. He gave thanks before he had the answer to his prayer.

The Bible goes on to say that Abraham “was fully convinced that God is able to do whatever he promises” (Rom. 4:21). Abraham was a model of how to have faith when things are looking bleak.

What happens when we, by faith, give thanks to God despite our circumstances? Answer: Our faith grows stronger. Romans 4:20 says, “Abraham never wavered in believing God’s promise. In fact, his faith grew stronger, and in this he brought glory to God.”

We want our faith to grow in the sunshine and the good times, and it does to some degree. But real faith grows in the valleys when the storm clouds are forming, when things are not making sense. Why? Because we hang on to God.

And why do we hang on to God? Because we have nowhere else to go.

That isn’t a bad place to be, by the way. Abraham was hanging on to the Lord, and his faith wasn’t wavering.

Faith doesn’t let emotions rule. It doesn’t let circumstances rule. Faith isn’t the absence of thinking; rather, it is focused thinking on God’s Word, the Bible. Sometimes, however, we’ll have lapses of faith. We’ll feel like failures. Yet everyone has momentary lapses of faith.

For example, when the first-century church was praying for Peter’s deliverance from prison (James had already been put to death by King Herod), they went into intense prayer. While they were still praying, there was a knock on the door. A girl named Rhoda answered, and there stood Peter. But when she told the group that Peter was at the door, they didn’t believe her.

They prayed for something, and when God answered their prayer, they couldn’t believe that it actually happened. So they had their moments of doubt.

Then there was the father who brought his son to Jesus and asked for his healing. He said, “Lord, I believe; help my unbelief!” (Mark 9:24).

So don’t beat yourself up over the fact that you don’t have super faith. Just come to God with as much faith as you have and believe him.

Ultimately, God sent the answer to Abraham’s prayer. That answer, of course, was Isaac, whose name means “laughter.” God also gave Abraham the land of Israel and made him the father of the Jewish people.

Are you in a place right now where you need a miracle in your life? In other words, if God doesn’t come through for you, are you effectively dead in the water?