Home Features How Should Christians Respond to Culture? 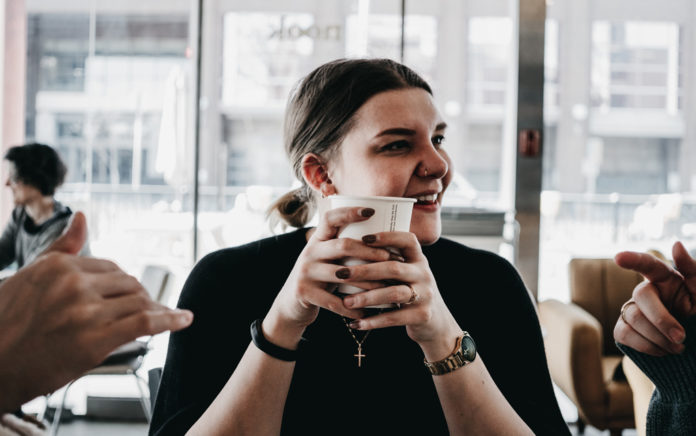 Throughout the years, many have turned to H. Richard Niebuhr, who classically outlined the various responses that could be made in light of the interplay between Christ and culture, with such famous typologies as “Christ Against Culture,” “Christ of Culture” and “Christ Above Culture.” Yet what Niebuhr actually explained is how two authorities—namely Christ and […]

Throughout the years, many have turned to H. Richard Niebuhr, who classically outlined the various responses that could be made in light of the interplay between Christ and culture, with such famous typologies as “Christ Against Culture,” “Christ of Culture” and “Christ Above Culture.” Yet what Niebuhr actually explained is how two authorities—namely Christ and culture—compete with each another.

Yet as Christians, it is our strategy for engagement that is most at hand and in need of examination because we are losing the cultural challenge. As Alan Wolfe has observed, “In every aspect of the religious life, American faith has met American culture—and American culture has triumphed.”

Though perhaps worded a bit strongly, Wolfe’s point is well taken. For Christians and Christianity to be the dominant religious demographic in our nation that it is, there is very little evidence of the salt that should be affecting our nation. One reason is clear: We have tried at least four approaches to cultural engagement—to retreat, to revive, to recapture and to reflect—and none of them have succeeded.

The strategy of retreat is what marked much of American fundamentalism and still typifies the approach of many followers of Christ. This involves pulling back from culture and creating a subculture of our own that acts like a protective bubble against the corrosive influence of the world around us. The idea is that culture is, by its very nature, an infectious disease. We must quarantine ourselves as much as possible in order to keep ourselves from sickness.

But is retreat always misguided? No. Cultural retreat arguably is the guiding principle of God’s cultural directives to the people of Israel in the Old Testament. This separation was necessary for the initial creation and then subsequent preservation of their culture. As God’s people got to know Him better and more fully understand His calling for their lives, they were to increasingly turn outward in their influence within the world. But that we seem to have swung to the opposite extreme, blending into cultural rather than influencing culture. As the distance between Christ and culture grows, the more clearly we need to draw the lines between being “in” the world but not “of” it.

But make no mistake—we are to be in it.

A second strategy is the quest to “revive” culture. The resolve to pray for and desire the experience of revival can be found throughout the biblical narrative. And few would deny the cultural impact such movements of God can bring. Revivals have produced unprecedented mass evangelism, groundbreaking missionary activity and significant social change. Often, however, these awakenings don’t have a long-lasting influence.

But more critically, a dependence on revival can lead to a passive approach to cultural engagement. I’m not suggesting that prayer is passive or that a revival—once unleashed—is by any means tame. But to simply wait for, hope for, or look to revival to solve the challenge of cultural engagement is a passive approach, and we would be hard pressed to find any biblical support for such “waiting.” As Leonard Ravenhill wrote:

From Outreach Magazine  Why It's OK to Admit We're Messy

“I am fully aware that there are those who in their sleepiness will swing back to the sovereignty of God and say, ‘When He moves, revival will come.’ That is only half-truth. Do you mean that the Lord is happy that 83 people per minute die without Christ? Have you fallen for the idea that the Lord is more willing that many should perish?”

A third approach is perhaps the most familiar to Christians of our day: the conscious attempt to recapture the culture for Christ. Much of this is rooted in the idea that ours was once a Christian nation, and we should actively work to return our governing bodies and laws back to their original intent.

However, the culture wars of the 1980s and 1990s is now widely viewed as one of the more distasteful episodes in history. Many younger evangelicals want nothing to do with what was often its caustic, abrasive and unloving approach toward those apart from Christ. So the effort to recapture the nation failed as a strategy and alienated a younger generation.

One of the leading reactions to the “recapture” approach is perhaps most aptly termed a “reflect” strategy; like a mirror, we reflect culture and its values. Rather than trying to take over culture, we embrace culture in the attempt to “become all things to all men so that by all possible means” we might save some (1 Cor. 9:22). There can be little doubt that evangelical Christianity has been captive in a cultural ghetto of its own making.

To break free from such bondage, many have made the effort to build bridges of understanding and relationship. While laudable and often necessary, some efforts to reflect culture have slid into mere mirroring. There is a growing movement that seems to reflect the values of culture itself in order to gain a hearing; actually becoming the people we are attempting to reach and creating cultures that reflect our world rather than build bridges to reach it.

The intent behind the apostle Paul’s suggestion to “become all things” was never behavioral. We are not to so reflect the culture that its values and ideas are mirrored in our own values and beliefs. Paul’s intent was to build bridges of understanding on which two parties could meet.

There is something to be said for all four of these strategies. The monastics’ retreat from the world produced strength to serve others, keeping the medieval world from entering what truly would have been a dark age. While we are not to passively wait for revival, we are to labor in prayer and work for it to break out. And as much as we might be tempted to demonize all attempts at recapturing our nation through the political realm, the Bible is replete with pivotal figures who did indeed change the course of human history through their active engagement of civic life—from Joseph to Nehemiah, to Daniel and Esther. Finally, reflecting culture to build bridges over which two parties can meet lies at the heart of the Great Commission.

Yet all four seem lacking. They fall short of the ultimate goal. Instead of retreat, revival, recapture or reflection, I believe we should take the best of all four and aim for something deeper and more lasting. A fifth “R” that taps into each of these.

We are to be witnesses; we are to make disciples; we are to do justice, love mercy, feed the hungry and care for the widow and orphan. This is far from pursuing a privatized faith; we are called to be present in culture as salt. Which, of course, can and often should lead to transformation.

But more to the point …

… it can lead to renewal.

Adapted from James Emery White, Christ Among the Dragons, which is available as an ebook at Church & Culture. Used by permission.

To dig deeper into the intersection of Christianity and culture, join us via livestream or on demand for the 2020 Church & Culture Conference. Registration now open!