Home Features Why the Bible Is Wilder Than We Realize 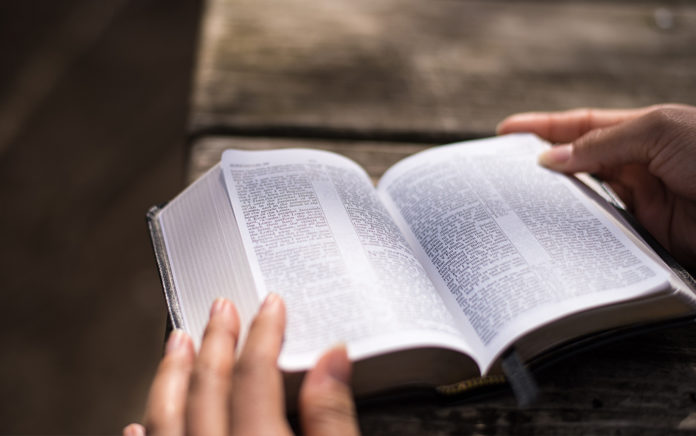 Maurice Sendak’s parents were poor Jewish immigrants to the United States from Poland. Their family that stayed behind were all killed in the Holocaust. The weekly Sunday afternoon gatherings of his extended family in Brooklyn brought in aunts and uncles that Maurice would later describe as “all crazy—crazy faces and wild eyes.” These visits inspired […]

Maurice Sendak’s parents were poor Jewish immigrants to the United States from Poland. Their family that stayed behind were all killed in the Holocaust. The weekly Sunday afternoon gatherings of his extended family in Brooklyn brought in aunts and uncles that Maurice would later describe as “all crazy—crazy faces and wild eyes.”

These visits inspired Sendak to write the famous children’s book Where the Wild Things Are—the story of Max and his adventures in a faraway and fantastical land. In the story, Max’s mother calls him “WILD THING!”—a phrase derived from the Yiddish “vilde chaya” (or “wild animals”) to describe rambunctious children. Max is drawn to the wild side of life, but in the end he rediscovers the appeal of home, calmness and a still-warm supper.

My contention in this series of articles is that the Bible itself is set in the land of wild things. That is, the Bible is more fantastical—beautiful, dangerous and strange—than we give it credit for. What we incorrectly call the natural and the supernatural, as if they are distinct and isolated realms, are actually part of a single, fascinating and intertwined world. In the Bible, heaven and earth constantly interact and are alive with all kinds of creatures, forces and powers—both seen and unseen.

What are these powers? What do they do in the world? How do they operate? How do they relate to God, to humans and to the story of rescue and redemption the Bible tells? It’s past time we reengage the Bible’s overlooked story of the powers.

The Bible is enchanted. That is, the Bible is literally words with power. It tells us how we’ve come to be enslaved. It tells us of the coming of the Word that can break the spell that lies over the human race, indeed, over the entire creation.

Unfortunately, many of our interactions with the Bible end up treating it as a very tame book. We’ve worked pretty hard to make the Bible into a nice, tidy, even rationalistic collection of true, but very calm religious propositions.

We’ve missed the enchanted part and mostly just embraced the tame part. In a world like ours, it’s very easy to live as functional deists—we believe there is a God, but we often end up acting like he’s essentially abandoned things and left us to run the world ourselves. We may believe, vaguely, that there are other spiritual beings around, but again, we act like they don’t really matter much. When we do this, we practice a naturalistic worldview. Christians often identify the 18th-century Enlightenment as the cause of much of the anti-religious bias in the world, but then we ourselves too often live our lives as if the Enlightenment view of the world is the operative one.

There are, of course, some expressions of the Christian faith that are very much alive to the existence of the spiritual realm. These communities will talk about demons and spirits and their devastating and destructive role. But even here the way these spirits function within this worldview doesn’t always seem to line up with the story of the powers we encounter in the Bible.

We need to take another, closer look at the biblical story, and particularly the story about the powers and principalities. For they play a decisive role in the Bible’s life-or-death drama.

From Outreach Magazine  How We Did It: Church Plant Launch—Part 2

As always here at the Institute for Bible Reading, I begin by advocating that we read the Bible as a collection, not of verses, but of unique and quite literary books. Once books are taken seriously as the basic building blocks of the Bible, then we can look for the narrative thread that ties them together into a coherent whole.

Our job in this series is to understand and incorporate into our own biblical worldview the kind of story the Bible actually weaves. That story is not what we normally take it to be. For the Bible is not only the story of God and humanity. It is the story of God, humanity and the powers.

In the Bible, the powers are seemingly sometimes personal, sometimes impersonal, but they are always big. They are most often forces of evil on a grand scale, typically interacting with human beings in rebellion to God. There is no systematic theology of the powers in the Bible, and it’s probably not a good use of time to try and create one. The topic is complex, and as it moves along with the storyline of the Bible, things change (as they tend to do in stories).

We begin at the very beginning, which I have on reliable authority is a very good place to start. Are the powers there at the creation of the world?

Speaking of the beloved Son of God, Paul writes to the Colossians:

So the first thing to be said of the powers is that they were meant to be, and meant to have a positive function within God’s world. Whatever wrong turn they have taken, Paul goes out of his way to mention them as part of the creation intended to serve the Messiah and his purposes in the world.

How their role was meant to relate to that of God’s image-bearers—the humans—is not entirely clear. As I said, there’s no systematic theology here. We have to coherently piece together the parts of the story as best as we can. But as we follow the narrative trail, we will learn more about how the rule of the sons and daughters of Adam and Eve connects with that of the spiritual principalities and powers.

Paul goes on in his Colossian song concerning the Son to include the powers in the wide scope of Christ’s redemption:

“He is the start of it all
… So in all things he might be the chief.
For in him all the Fullness was glad to dwell
And through him to reconcile all to himself,
Making peace through the blood of his cross,
Through him—yes, things on the earth,
And also the things in the heavens.”

The positive, saving work of Christ is as big and wide as the destructive havoc wreaked in the cosmos from top to bottom. All earthly things and all heavenly things are brought back to God through the Messiah.

From Outreach Magazine  What’s Next for the Church?

By the time we start encountering these hard-to-define beings in the flow of the story, they seem to have already taken up a negative role, and it only gets worse as the story progresses. We will look at how this plays out in more detail for different parties in the narrative: the nations, God’s own people, and even the rest of creation, what is often called nature.

So the major parameters of the story of the powers are set. These powers were created by and for Jesus the Messiah. They have fallen and have been actively working against God’s good intentions for his creation, including humanity. They are included in God’s redemptive plan through Christ to restore all things. This is the basic framework we’ll be working with throughout the series.

Finally, it’s worth mentioning that what we are calling the powers are referred to in a wide variety of ways in the Scriptures. It seems that the authors of the Bible didn’t always have the full backstory and weren’t always entirely sure how to go about naming these … things.

Here are some of the names we will encounter (treated differently in various translations, of course): the gods, or the sons of God, the heavenly council or the hosts of heaven, the princes of the nations, the unclean spirits, demons, the beasts that rise out of the sea, principalities, thrones, dominions, authorities, the basic elements of the world, the god of this age, the prince of this world, the ruler of the air, the world-rulers of this darkness, and ha satan—the great Accuser.

There they are, right in the middle of the story, and from its beginning to its end. And yet they’ve been neglected. It’s a shortcoming we must start to correct lest we misconstrue the story God is telling us.

If you think the overall story of the Bible has anything at all to do with life in our world today, you have to give the story of the powers its due. We must all pay attention to where the wild things are.

* I am especially indebted to G. B. Caird’s small book Principalities and Powers for the main outline of this series (based on his Chancellor’s Lectures in 1954 at Queen’s University). Most studies on the powers seem to jump straight to Paul’s theology, but Caird helpfully takes the time to look at the powers in the larger biblical story.