Home Features Looking for Contentment in All the Wrong Places 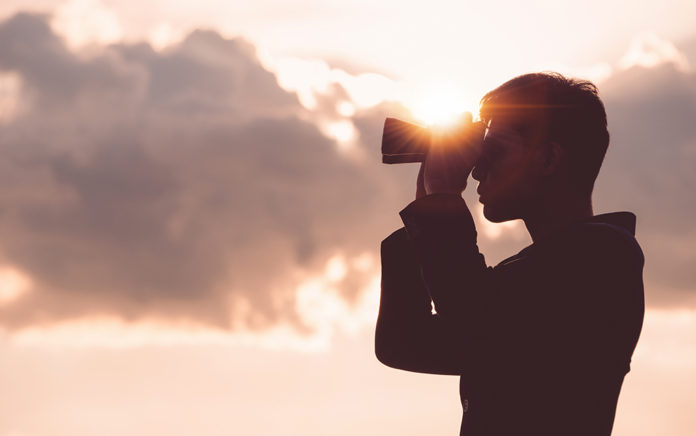 Before you came to Christ, your life aspirations arose from a wrong way of looking at the world, what the apostle Peter calls the “desires of your former ignorance” (1 Peter 1:14). You thought, for instance, that romance was the key. But at some point, you realized it wasn’t quite as fulfilling as you’d hoped. […]

Before you came to Christ, your life aspirations arose from a wrong way of looking at the world, what the apostle Peter calls the “desires of your former ignorance” (1 Peter 1:14).

You thought, for instance, that romance was the key. But at some point, you realized it wasn’t quite as fulfilling as you’d hoped. Hip-hop star Drake put it well:

“There was a point where I felt like I needed to keep the company of a different woman every night. I was trying to fill a void. But in [those moments after sex,] I’d know it wasn’t working. Those quiet moments are the realest moments a man will ever have in his life. The next day I’d convince myself to do it again. But during that time, I knew it wasn’t working.”

So you moved on, thinking making lots of money would make you happy. Then, perhaps you noticed that the people with the most money didn’t seem to be the happiest, either.

You thought you’d find “it” by being the best. But that’s a fool’s errand, too. Just look at Michael Jordan, a guy who is the best basketball player there ever was. I’ve been watching his documentary, and as inspiring as his story is, it’s also clear that achieving everything didn’t lead him to happiness—but to emptiness and an unsettledness.

You assumed that life with you in charge would make you happy, but something woke you up to the fact that it just wasn’t true.

Or maybe you just considered the cross and discovered that if Jesus Christ is true, then the way of rebellion against God leads only to death, and real life is found only from the resurrection. And so you turned your back on your self-willed way of living and surrendered to Christ. You showed that by being baptized, declaring that you were being buried to your old way of living and raised to new life in Christ.

From Outreach Magazine  4 People You Need in Your Life

But Peter is recognizing how easy it is to fall back into those old ways of living. You sense some unhappiness or discontentment, and you slip into thinking you just need more money or a different living situation or to get vengeance on someone.

If you’re in Christ, you know that doesn’t work! So don’t go back there. Those old desires come out of ignorance.

About 10 years ago I developed an acid reflux problem that kept me up throughout the night with a really upset stomach. I didn’t know it was acid reflux at first, and I assumed I was eating too much meat or spicy food before bed. I didn’t want to stop eating meat or spicy food, of course, because what kind of life would that be? So I thought I’d counter-balance the spicy stuff with something more anodyne, like popcorn or yogurt. So I had a popcorn or yogurt snack every night for a few months.

Eating popcorn and yogurt didn’t help the problem. It was just making me gain weight. Later the doctor told me what the real problem was and gave me a prescription for it. That helped it immediately.

Now, if I feel like I have an upset stomach at night, I know better than to go back to the popcorn and yogurt. My old self didn’t know better (he should’ve, but he didn’t), but now I have no excuse. I am no longer ignorant of the real problem.

In your old life, you had desires that came from wrong ways of dealing with the emptiness in your heart. But now, as an obedient child of God, you don’t have to go back to your old way of ignorance. You don’t have to believe the lie that you need more money or a different spouse or a better circumstance to feel content.

If you are unhappy, press into the hope of knowing Christ, being like Christ and being with him one day.