Home Features How Can We Best Love the Muslims in Our Communities? 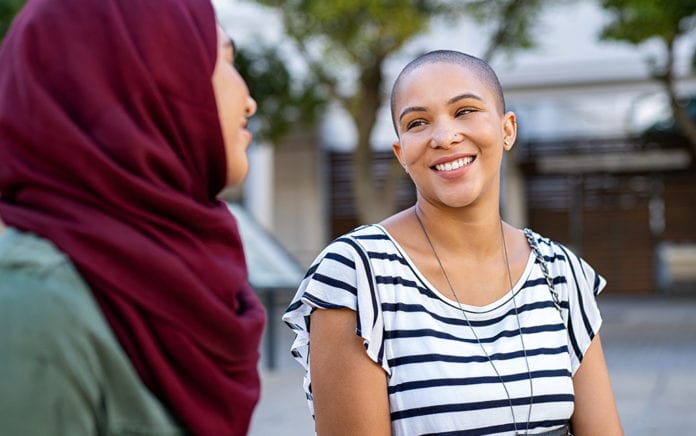 How can Christians best love Muslims in their communities? This is one of those questions that I think we’ve got to really grapple with as we see increasing numbers of refugees, immigrants and even those who are converting to the Muslim faith who are moving into and working with us, and in our own schools.

So let me give you four ways really quickly that Christians can love Muslims in their community.

This is the biggest barrier to Christians engaging with Muslims in their community. We have these perceptions that create false barriers and keep us from engaging with them as friends.

And, by the way, one of the ways we don’t fear them is we learn what’s true about them. We’ve got to study and understand what they do believe and what they don’t. And part of that comes with, as we befriend them, asking them questions about their faith and their practice and their home life and that sort of thing.

People ask me often, “How can I share my faith with a Muslim?” or something like that. “How do I get to know them?”

The single best thing you can do is open up your home and invite them to your home for dinner. Islam is rooted in a hospitality-based culture. When you do that, there’s a sort of cycle of inner-relational connection that happens. They’re going to invite you back into their home for dinner. And it’s going to open up incredible doors to share with them your faith.

I’ve shared my faith with hundreds of Muslims and I would guess that over 90% of the time I’ve done that it’s been at their invitation. Because I’ve begun by just trying to be a friend with them. Open up my home and go to a restaurant with them. That sort of thing.

3. DEFEND THEIR RIGHT TO PRACTICE THEIR FAITH.

This is a tricky one for Christians. We struggle because we think, Well, Christianity is sort of the way that we believe God has created the world and designed the world and how we’re supposed to interact with God and how God understands us and calls us to faith in him. And I agree with all of that, but the danger then is for us to think that no other religious practice should be acceptable, and we don’t need to fight to defend the right for people who believe what we believe to be false, heresy, and so on.

First of all, as a Baptist—I’m a Baptist—one of our core principles, going all the way back to our founding, is that we fight for the religious liberty of others. It’s core and foundational to who we are as a nation, but primarily we believe in it because of the biblical ideals of not forcing anyone into a faith; that every person has the right, on their own, to determine what they believe. And as Christians, we believe that no one should be forced into believing what we believe.

And the only way we can protect that, both for Christians as well as others, is to protect the religious liberty—not only of our own family of people who believe what we believe—but also then defending and fighting for the rights of those who who disagree with us like Muslims.

So I would say, first, don’t fear them. Break down fear. Second, be their friend. Open up your home. Have dinner with them. Third, fight for their right to be able to practice their faith even as you vehemently disagree with their faith.

People ask how “How do we do that?” They’re scared. “I don’t know enough about Muslims. I hear that Muslims don’t understand what we believe about the Trinity, and I hear that, you know, Muslims don’t like Jesus.” Which is not true. Muslims love Jesus. They just believe different things about Jesus than we do.

Here’s what I would say to you. You don’t have to have all those answers figured out. You need to know what Christ has done for you and you need to develop a relational connection with your Muslim friends and neighbors that’s built around the common things that you share. The sports teams that your kids play on, the same work that you go to everyday, or the schools where you or your kids go with those who are Muslim neighbors.

And get to know them. Share some of those commonalities. Recognize that 90% of what Muslims care about and think about would be the exact same things that you think about and care about. Can I pay the bills this week? How do I make sure that my kids have a safe place to grow up and become productive citizens? And how do I abide by the laws as a law-abiding citizen?

From Outreach Magazine  Why Is LifeWay Giving Away Bibles?

Recognize that those things are common and then begin to engage them as friends, defending them, and going to bat for them. Trust me when I say there are very few evangelical Christians who are going to bat for Muslims in their communities. When you do that, you will earn the right to be heard.

So, don’t fear them. Befriend them. Fight for their right to believe what they hold true. And share your faith with them.