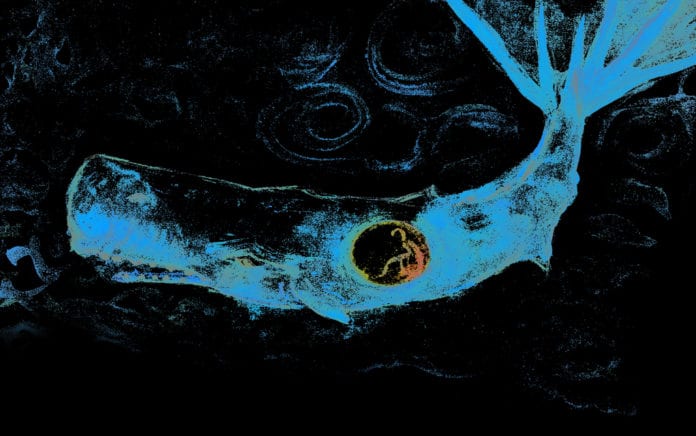 How do you respond when you’re in a difficult situation, crisis or pain?

Jonah, one of Scripture’s most interesting characters, finds himself in the belly of a big fish after he ran from God. Sometimes crisis, pain and difficulty can feel like we’re stuck in the same place Jonah found himself. So what do we do? I believe Jonah 2 (a prayer he prayed while in the big fish three days) gives us some insight.

• You are losing your job and there are no jobs on the horizon.
• You hate your job but can’t get out.
• Your marriage is on the rocks.
• Your teens are walking down a very dark path.
• Your church seems like it’s going nowhere and things look hopeless.
• You never seem to have enough money to pay your bills (or pay the church bills if you’re a pastor).
• You just got a bad doctor’s report.

Can we learn anything during those times? R. T. Kendall believes we can. He writes, “The belly of the fish is not a happy place to live, but it is a good place to learn.”1

So, what does Jonah teach us about what to do when we are in the belly of a fish, in a difficult situation, crisis or pain.

Verse 1 tells us that from inside the fish he prayed. Unfortunately, we often pray only after we’ve tried everything else. James counsels us to pray: “Are any of you suffering hardships? You should pray” (James 5:13).

2. Don’t Stuff Your Emotions, Suppress Your Pain or Pretend All Is OK.

Sometimes leaders fail to admit to others or themselves that things really are bad because doing so might us look weak. So, we stuff our emotions, overspiritualize, or busy ourselves to push the pain away. Jonah didn’t do that, though. He graphically describes his situation with words like these: distress, grave, currents swirling, waves and breakers sweeping over him, banished from his sight, engulfed, seaweed wrapped around his head, barred in forever, in the pit, life ebbing away.

From Outreach Magazine  Bill Hybels: 5 Ways to Embed Evangelism Into Your Culture

Instead of stuffing, one way we can actually dampen painful emotions is to label them, put a name on them. Learn more in this article about dealing with painful emotions.

At the same time we must admit our painful emotions, we must not go to the other extreme and ruminate, replay and constantly rehearse the difficult situation. Doing so will actually amp them up.

3. Stay Hopeful by Redirecting Your Thinking.

As Jonah recounts how difficult things have been, he shifts mental gears with the phrase, “But you (God).” In fact, the Bible often describes God intervening for his people with this phrase: But God. Stories about Noah, Joseph, Joshua, David and Paul describe But God moments in their lives when the Lord rescued them.

When you’re in the belly, don’t deny the reality of the difficulty. And instead of rehearsing and ruminating, redirect your thinking to the But Gods in Scripture and in your life.

In verse 8 Jonah talks about worthless idols, probably referring to the pagan sailors who were in the boat and practiced idolatry. For believers today, we can easily get attached to subtle idols and false gods in our lives. Idols and false gods look different to different people.

Some people drive in their gods.

Some people live in their gods.

Some people live with their gods.

Some people work for their gods.

Some people serve in their gods (their church or their ministry).

The problem with all these gods is what my daughter Tiffany and I discovered several years ago when we took the Hollywood backstage tour in California. The tour involved riding a tram that drove by many familiar houses and buildings used in the movies and TV shows. However, the guide explained that all the sets were facades, false fronts. There was nothing behind them but junk.

Those sets parallel false gods and idols in our own lives. They promise to fill our hearts and give us life, happiness and joy, but they don’t stand up to the rigors of real life. They are all false fronts.

When in the belly of a big fish we often think about what’s truly most important. If you’re in the belly, use this time to root out and discard any God substitutes.

When you’ve been in the belly of a big fish, what life lessons did you learn?