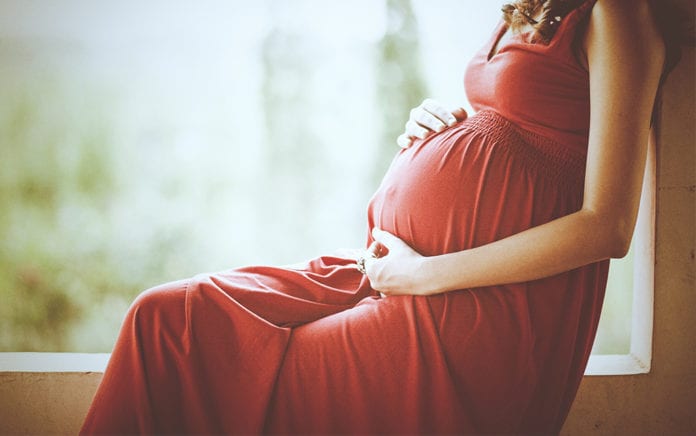 New York state’s Reproductive Health Act is a reminder that we still have work to do.

At the bottom of the World Trade Center complex, at its 9/11 memorial, the lives of thousands are remembered.

However, not everyone memorialized was yet born.

Newsday tells the story of Diane Singer and her unborn child:

“Dianne T. Signer was five days away from her wedding in Freeport and six months away from the birth of her first child when she died in the World Trade Center terrorist attacks of 9/11.”

Signer’s is one of 11 pregnancies acknowledged among the nearly 3,000 names inscribed in bronze around the footprints of the Twin Towers.

Then, this week, Mayor Cuomo of New York tweeted about something at the top of that new World Trade Center, gleefully exclaiming:

“The #ReproductiveHealthAct is now law in New York state. We lit the spire pink to celebrate.”

“Woe to those who call evil good and good evil, who put darkness for light and light for darkness” —Isaiah 5:20

Over the past few days I’ve read and prayed quite a bit about the now-law of New York state that allows for full-term abortions and greatly reduces safeguards of those seeking abortions and the care—and lack thereof—of the babies themselves.

I don’t use this term—“babies”—lightly. Some today defend the idea that babies are only people after they are born; others claim that it is only when someone has a sense of self-awareness when he or she becomes a person.

Let me be clear: In the culture in which we live, there is much I write about, and in that writing I contain my disdain for a number of reasons, tempering my words for a greater goal of further influence and conversation.

But here I can only shake my head at the sheer darkness this represents.

According to the New York State Department of Health, over 25 percent of pregnancies end in abortion in the state of New York each year. And according to the CDC, across our land,

Yesterday I tweeted out the verse I just mentioned, “Woe to those who call evil good and good evil, who put darkness for light and light for darkness” (Isa. 5:20).

And woe to us.

But this New York tragedy is happening in our day and on our watch.

Woe to us because even if New York hadn’t passed the Reproductive Health Act, babies are still being killed. Woe to us because even as we post on the horrendous nature of this law—which we should—we have not yet oriented our lives such that our theology of pro-life compels us to greater involvement—speaking up for the unborn, valuing and promoting adoption, caring for children and their often-unwed mothers.

I am not a prophet, or the son of a prophet. I’ve said that before. But what I do know is that Scripture is clear:

• “Speak up for those who cannot speak for themselves, for the rights of all who are destitute. Speak up and judge fairly; defend the rights of the poor and needy” (Prov. 31:8–9).

• “Do not withhold good from those who deserve it, when it is in your power to act. Do not say to your neighbor, ‘Come back later; I’ll give it tomorrow’—when you now have it with you” (Prov. 3:27–28).

Pro-life is not just anti-abortion. One woman who considered having an abortion when she conceived out of wedlock said it this way: “Being pro-life isn’t just about telling women to not abort their babies. It’s about being pro-mom, pro-friend, pro-community.”

Fighting for life isn’t just about fighting against bad; it’s fighting for good. It’s speaking the truth of the image of God stamped on all.

God knows we are incapable of taking on all the injustices in the world. God knows that none of us can probably directly prevent this year’s 25,000 babies from being aborted in New York state.

What Can We Do?

And now, in New York state, abortion is legal up to the moment of birth. That’s right—and don’t let anyone tell you otherwise.

We need to be reminded that we need a greater voice to work toward making abortion unimaginable.

A century from now, our descendants will look back with horror and say, “How could you pass this law? How could you possibly celebrate it?”

We can, and must, work for change in laws, but also change in hearts.

Recently, the Colson Center asked Phil Ryken, myself, and a group of others to speak to the state of the pro-life movement. We are closer to overturning Roe, but don’t miss that New York state passed this law because they know that. Overturning Roe won’t change New York’s barbaric law.

“But all of us who share pro-life convictions cannot grow weary. Perhaps our biggest opportunity to win minds and hearts is to speak and to act faithfully to address all pro-life issues, working for a culture that values human life from conception to the grave, and then on into eternity.”

The contrast of the memorial at the bottom and the lights on the top of the World Trade Center shows that we can’t grow weary and that we need to change a lot more hearts.