Home Features Remember Why Jesus Must Be First in Our Lives 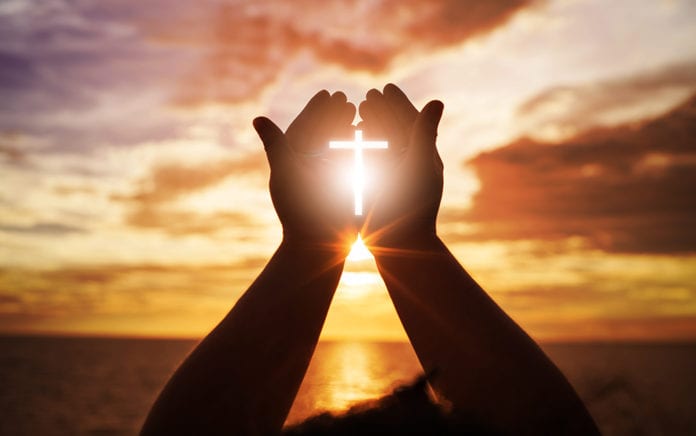 Because of who he is, Jesus must be first in our lives or nothing.

When I was 19 years old, I got to take a class with Charles Ryrie, a theologian who had the most famous study Bible of the 1980s and 90s. I remember that when he got to the section in the Gospel of Matthew where Jesus is starting to go toward the cross, all of a sudden, his throat locked up and tears began to fill his eyes. He looked at us and said, “God died for us! How could we possibly understand this?” He paused for a moment, collected himself, and then just went on to the next passage—because even one of the most incredible theological minds of our generation knew no one can truly understand this.

“He is also the head of the body, the church; he is the beginning, the firstborn from the dead, so that he might come to have first place in everything. For God was pleased to have all his fullness dwell in him, and through him to reconcile everything to himself, whether things on earth or things in heaven, by making peace through his blood, shed on the cross.”

Jesus is first. He is the Creator of everything, the template on which it was made and the one for whom it was made. He is not one of many beautiful things God has created—not even, as many other religions claim, the most beautiful and powerful being God created. No, Jesus is the creating force and purpose behind it all.

But Jesus also went first. This God, Paul says, pursued a relationship with us when we weren’t looking for him. He went to a bloody cross, where he was voluntarily tortured and humiliated so he could buy us back. He could have just wiped the slate clean after our rebellion. For his part, he would have been none the poorer for it. Instead, he chose to enter into history, pursue us and redeem us. At the cost of his very life.

As Ryrie said, who could possibly understand this?

From Outreach Magazine  How to Support Graduates in These Uncertain Times

Jesus is first. Jesus went first. Therefore, Paul says, we should put Jesus first in our lives. Jesus sought you when a stranger, wandering from the fold of God, he to rescue you from danger, interposed his precious blood. That means he’s not just an important chapter in the story of the world; he’s the book in which all the other chapters are written. He’s not just the most important part of your life; he is your life.

This kind of all-or-nothing position has never been one that the world has accepted. For instance, toward the beginning of the second century, the Roman emperor decided that Christians had become so numerous that there was no use trying to stamp them out anymore, so he made peace. He even decided to put a statue of Jesus in the Pantheon, among the statues of the Greek gods. A symbol at the top of the Pantheon said, “Caesar, king of kings,” indicating his position as “first.”

The Christians could have been honored at how far they had come. Not long before, they were just a rag-tag group of fisherman in the backwoods of Israel, and now they’re in the Pantheon! But instead of being grateful, they sent a letter to the emperor telling him that if he didn’t take down the statue of Jesus, they certainly would. Jesus will never be among your gods, they said, because he is above all of them.

What is true in our theology must also be true in our lives, as it was for the early church: “That he might come to have first place in everything.” This kind of God can never be one in a list of gods or one of many important priorities in our lives. He’s first or he’s nothing. He doesn’t accept anything in the middle.

From Outreach Magazine  Eric Geiger: Pivoting to Meet People Where They Are—Part 2

Nor should he. After all, if I came to my wife and said, “Sweetheart, you’re first on my list of women,” my wife wouldn’t have it. She would tell me—in no uncertain terms—that she’s either going to be the only one on the list or she’s not going to be there at all.

If that’s true in my relationship with my wife, then how much more so with Jesus! He is why we exist. We were created by him and for him. That means he can never be merely an important commitment in our lives.

Jesus is first over all creation.

Jesus went first, bridging the eternal gap between us and God.

Jesus must be, now and always, first in our lives.