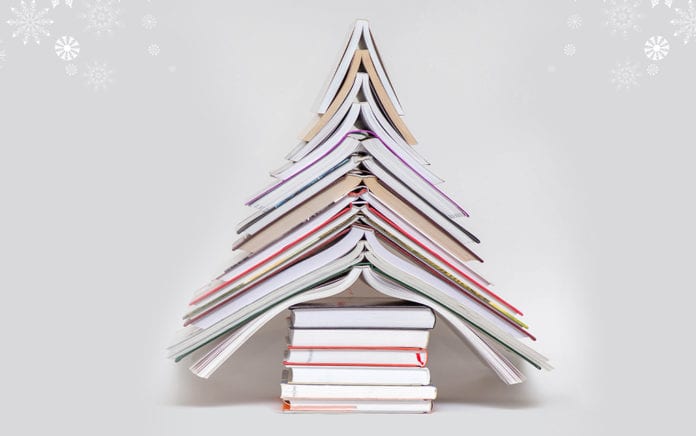 These quotes from pastors and theologians capture the weight and beauty of the Incarnation for me.

Movies and books can provide us preachers with some pithy Christmas one-liners or stories that illustrate the message of Christmas.

For example, Buddy (played by Will Ferrell) in the movie Elf, declared, “The best way to spread Christmas cheer is singing loud for all to hear.” There is truth in that statement. As we sing loudly and joyfully in our worship services, people are encouraged.

Those can be good but my favorite quotes about Christmas come from pastors and theologians who have thought deeply, and with wonder, about the weight and beauty of Christmas—God with us. Here are 12 great quotes about the Incarnation—God with us:

“The Son of God became man so that men might become sons of God.” —Athanasius

“Man’s maker was made man, that he, Ruler of the stars, might nurse at his mother’s breast; that the Bread might hunger, the Fountain thirst, the Light sleep, the Way be tired on its journey; that the Truth might be accused of false witness, the Teacher be beaten with whips, the Foundation be suspended on wood; that Strength might grow weak; that the Healer might be wounded; that Life might die.” —Augustine

“In the Christian story God descends to re-ascend. He comes down … down to the very roots and sea-bed of the nature he has created. But he goes down to come up again and bring the whole ruined world up with him.” —C.S. Lewis

“Who among us will celebrate Christmas correctly? Whoever finally lays down all power, all honor, all reputation, all vanity, all arrogance, all individualism beside the manger; whoever remains lowly and lets God alone be high; whoever looks at the child in the manger and sees the glory of God precisely in his lowliness.” —Dietrich Bonhoeffer

“The Christmas message is that there is hope for a ruined humanity—hope of pardon, hope of peace with God, hope of glory—because at the Father’s will Jesus became poor, and was born in a stable so that 30 years later he might hang on a cross.” —J.I. Packer

“It is good to be children sometimes, and never better than Christmas, when its mighty Founder was a child himself.” —Charles Dickens

“The central miracle asserted by Christians is the Incarnation. They say that God became man. Every other miracle prepares for this, or exhibits this or results from this.” —C.S. Lewis

“Christ became incarnate, or, which is the same thing, became man, to put himself in a capacity for working out our redemption. For though Christ, as God, was infinitely sufficient for the work, yet to his being in an immediate capacity for it, it was needful that he should not only be God, but man. If Christ had remained only in the divine nature, he would not have been in a capacity to have purchased our salvation; not from any imperfection of the divine nature, but by reason of its absolute and infinite perfection: for Christ, merely as God, was not capable either of that obedience or suffering that was needful. The divine nature is not capable of suffering; for it is infinitely above all suffering.” —Jonathan Edwards

“The doctrine of the Incarnation asserts that our Lord took unto himself a full human nature. It was not merely partial, it was complete. He did not merely take a body to himself. He took on him complete human nature, body and soul, including spirit, that he was truly man … We stand before this mystery of godliness, God in the flesh! The strangest, the most amazing thing that has ever happened. It is so supreme that I expect it to be unusual in every respect, and I find the Scriptures tell me that it was. He was conceived of the Holy Spirit, he was born of a virgin named Mary. Man was entirely excluded; It was entirely the work of God.” —Martyn Lloyd-Jones

“By taking flesh, God did not lessen his majesty; and in consequence did not lessen the reason for reverencing him, which is increased by the increase of knowledge of him. But, on the contrary, inasmuch as he wished to draw nigh to us by taking flesh, he greatly drew us to know him.” —Thomas Aquinas

“Infinite, and an infant. Eternal, and yet born of a woman. Almighty, and yet hanging on a woman’s breast. Supporting a universe, and yet needing to be carried in a mother’s arms. King of angels, and yet the reputed son of Joseph. Heir of all things, and yet the carpenter’s despised son. Oh, the wonder of Christmas.” —Charles Spurgeon