Home Features 8 Reasons Why a Church Plant May Not Grow 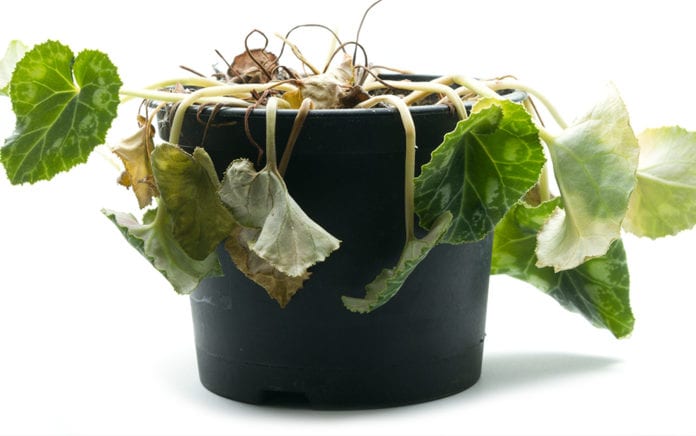 What are the factors that allow some church plants to take off and others to stagnate?

I’ve worked with a lot of church plants. And, I’ve been involved in two church plants as the planter. Every planter goes into the process hoping to see lives changed with the gospel. Hoping to grow. Some work. Some don’t.

Well, of course, there are spiritual factors at work. Some sow seeds and others reap harvest. Sometimes God uses the plant in a unique way that doesn’t produce huge numbers of attendees. And, frankly, sometimes the planter had no business planting. It was never really what they were called to do. It looked “exciting” from the outside—all the “cool” people are doing it, but God had a different plan for the planter’s life.

8 REASONS A CHURCH PLANT MAY NOT GROW:

1. You Live by Someone Else’s Rules or Try to Be Like Everyone Else.

I’ve seen it so many times. A church plant tries to live exclusively by the rules of the denomination, association or network and they simply don’t work where the church plant is located. The plant doesn’t contextualize the structure to the culture and community around them. The exact same model won’t always work in two different church plants—even across town from each other. Principles are often transferable, but not necessarily practices.

It could also be he planter tries to live someone else’s vision. They have a desire to look just like someone else they admire. They attended a conference, read a book, or heard someone else’s story and tried to do everything the same way. Every church plant needs it’s own vision; birth by God in the heart of its own planter. The truth presented should be the same as every other church plant, but the style of deliverance will have some uniqueness to the planter.

2. You Depend Too Much on Outside Funding.

Rather than developing investors and volunteers from inside the plant, the plant waits for the outside checks to come. The problem with outside funding is it eventually disappears. It is rarely sustainable long-term. And, if not careful, the planter becomes dependent on these resources.

From Outreach Magazine  5 Perspectives When a Group Leaves Your Church

Obviously there are exceptions to this one. Some plants may never be able to fully fund themselves—at least at the level of other plants. But, in my experience, many times this problem exists because the planter has not discipled the people attending in the area of giving or is living with an unrealistic expectation of how well-funded they should be in order to “grow”.

3. You Build Programs Over Relationships.

This is a common problem I’ve seen too. A church planter enters an area, implements a few programs, and believes people will naturally acclimate to those programs. And they may for a short time, but in the end programs will not sustain people. Relationships will.

4. You Worry Too Much About Structure.

You’ll get there eventually when you need structure. Especially in the initial days, however, focus should be more on loving a community. After you’ve gained momentum, then you can building structure. My advice is to have some basic structure in place, but not have structure so rigid or controlling you can’t adapt quickly to the needs of the community. Then you can spend your greatest energy loving people.

5. You Waited for Them to Come to You.

You thought “new” would be enough. Build it they will come works in the movies, right? But, this doesn’t even work in established churches anymore, why would it work in church plants? The future attendees in any church are usually outside somewhere waiting to be asked. And, sometimes they don’t even know it. It’s our job to go find them.

6. You Didn’t Protect Yourself and Your Family.

We can’t count the number of church plants that never really accomplished all they could have because the planter wasn’t healthy enough to see it through. It could be a moral failure, burnout, or a family, which is falling apart under the stress of the plant. (Let me speak specifically into this one. Every planter needs mentoring, discipline and accountability. From the start. Not after the need is discovered.)

7. You Held Too Tightly to Your Way.

Church plants can recruit entrepreneurial leaders. It’s a natural attraction. Given the authority to actually lead this can be one of the most powerful benefits of the church plant. When the planter ignores this and keeps people from feeling empowered, growth is limited to the church planter’s abilities. The planter should certainly control—or maybe the word is protect—the theological foundation, but implementation of vision should be shared with others.

8. You Were Defining or Expecting Growth in the Wrong Way.

Now I should be honest on this one, I sometimes think church planters (and pastors of established churches) who aren’t growing make excuses for their lack of growth when there were ideas, which could have helped them grow, but for whatever reason they refused to listen or try them. In the end, though, I think the key is to be obedient to God, learn all you can from others, take risks, live missional, make disciples who do likewise, embrace your community with love, do all you know to do—and then put God in charge of the numbers. Those are just a few observations. As with the purpose of this blog, they are meant to be helpful. If God has called you to a church plant—then plant well. I’m pulling for you.