Home Features Why Do We Value Credentials Over Calling? 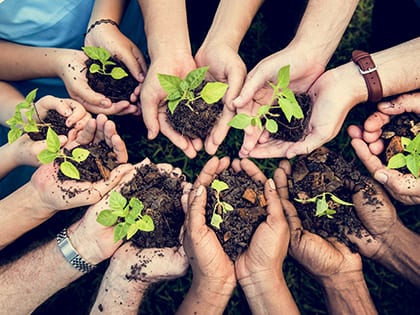 The desire to plant churches using lay people is not new, but it is finding a renewed emphasis. This is partly because we’ve found that when we primarily go the Bible college/seminary route to find all our church planters, we don’t naturally develop bi-vocational paths to plant churches, which are also necessary for us to reach the world for Christ.

Roland Allen, a well-known Anglican missiologist in the last century, wrote some books on the issues associated with certain models of missiology. The titles give away the point of his books.

His first book was called Missionary Methods, St. Paul’s or Ours. It’s subtle, I know.

He dealt with the idea that missionaries in China, for instance, would send future missionaries off to England to attend college and seminary, then years later they would come back as pastors. By then, they were more English than they were Chinese, so they would say that they were useless for the work.

He also wrote a book called The Case for Voluntary Clergy. Again, subtle.

One more book to consider, from the title alone, is the The Spontaneous Expansion of the Church and the Causes That Hinder It, which suggested that educational attainment and missiological engagement were, at times, inversely proportional.

So, the titles make the case: We need a path to raise up church planters from outside of educational institutions.

Now, to save some time in the Twitter conversation that always follows these articles:

1. I don’t like using the term laity, as it reinforces the laity/clergy divide, but I use it here to make this article clear.
2. I can’t tell you what everyone considers laity compared to clergy. The case I am making here is for church planters and pastors who are not formally trained (but often receive informal training on the job).

So Is Formal Training Good or Bad?

So, I am not against education. Not at all. In fact, I believe there is great value in higher education. However, there is a reality that when you create high qualifications and high credentialing, what happens is that you actually get less church planting. This is key for this article.

Here’s where your polity comes in. I’m Baptist, so I come from a group with very low polity. It’s all local church. There’s no credentialing requirements outside of what is set by the local church. Others (LDMS Lutherans, for example) have high credentialing expectations. Some denominations require seminary training or an M.Div. in order to be credentialed.

But people today are asking the question, “If high credentialing is inversely proportional to church planting, is there another way that we could raise up people to plant churches?”

Well, yes, and that is (in part) that we raise up church planters and pastors by competency, rather than certification.

I had breakfast with two Anglican leaders this week, Stewart Ruck and William Beasley. Our conversation included a lot of laughter (and too many references to Brazil and our common Anglican friends). But William got stuck in his head that he needed to mention that we should ordain by competency rather than education.

Every other sentence included the word competency. (Those of you who know William will understand.)

But, he is right.

As I spoke to Moody Theological Seminary graduates last weekend, I told them that their degree is not what makes them, for example, a pastor. Sure, they are trained, but God calls and a church confirms.

This doesn’t remove the importance of education. It just means that we must be honest about the impact of formal schooling.

What we’re finding is that more denominations are seeing the need for credentialing exceptions, particularly for those who don’t have the option of going off to higher education.

Let me give you an example. Let’s say that someone shows up from a country where he or she doesn’t have the educational options a certain denomination requires. What then is the path? It is natural that we think about an alternative credentialing track in the case of immigrants, but my exhortation is that it should exist for everybody.

In other words, we need a way to raise up church planters and pastors that does not always require formal educaiton. (Since I mentioned LCMS Lutherans, the LCMS SMP is such an example.)

From Outreach Magazine  The Myth of the ‘Undeserving’ Poor

Following God in Our Call to Plant Churches

We should remember that it is God (not boards or faculties) who raises up pastors. We claim to be biblical people, but to be biblically honest, there are no “reverends” in the New Testament, or seminaries for that matter.

Yes, Paul told Timothy not to appoint an elder quickly. But this does not necessarily mean we wait until one has finished many years of college and seminary. What it actually meant for Paul was often less than a year from conversion to leading a house church. If we’re going to be a biblical people, we’ve got to find some ways to raise up lay people as pastoral leaders.

Sometimes, we can get hung up on terminology. I was 20 years old when I felt God call me to be a church planter. A local church in Georgia ordained me and Donna and I moved up to inner city Buffalo, New York, with no seminary training. Put another way: I had a college degree in biology and I went to plant a church.

Was I qualified to plant a church in Buffalo, New York? According to Scripture, I think I was. I was given permission from the church that ordained me. Was I a lay person planter, or was I a pastor church planter? I don’t know.

I was an insulation contractor. I was bi-vocational, so I had another job. What made the difference for me was not Christian education, but that some church laid hands on me and said, “Go do it.”

If that’s the difference, we need to lay hands on some people and help qualify them, creating another path to church planting that may not include formal higher education training, but may still in fact be a solid way in which God grows his church.

So, let’s value education. I do.

Let’s find a path to raise up non-traditional leaders to be church planters and pastors.