Home Features Why Are Americans Questioning the Character of Christians? 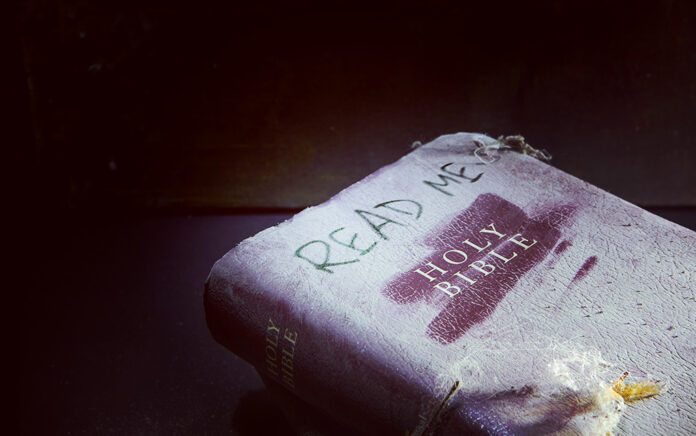 We pulled together data from some of the largest and most influential research organizations in the country like Gallup, Pew, Barna, and Lifeway, to track how we’re doing when it comes to living the life Christians need to live.

We’ve all experienced it – the uneasy feeling that this country has lost it’s moral compass and we’re drifting further and further away from basic Christian principles. While America was never actually a “Christian country” it’s pretty obvious that for the last 200 years, Judeo-Christian principles have been the most popular religious tradition in our population.

But today, the idea of Christian ideals has become a joke. We see it when late-night comedians make fun of Christians, when the “Christian” character of a prime-time TV series is either the murderer, the pedophile, or simply crazy. We see it when high school principals threaten expulsion to students who mention the word “Jesus” in a school paper or graduation address.

Remember when prayer in schools was perfectly normal? (Especially during exams.) Abortion was wrong? Marriage was an unquestioned sacrament between man and a women? Simply put, however you look at it, Christian influence in today’s culture is rapidly disappearing.

Faith leaders call it the decline of American Christianity.

That was the conversation that started a new book project by marketing expert Jonathan Bock and I to explore what happened.  Where did the world go wrong? We began by thinking it was a “marketing” problem. After all, we’re media producers and marketers, so we often think better marketing is the answer to every problem.

After all, your house is too small?  Call it “cozy.”  Too many job changes on your resume?  Call your career “wide-ranging.” Can’t get enough customers at your restaurant?  Call it “exclusive.” Surely the answer is the Church just isn’t telling its story well enough. We need better branding.

But it didn’t take long to realize that the problem is far deeper that marketing.  After a year of research, we realized that Christians don’t have a marketing problem, we have a salesforce problem. We simply don’t believe in the product, or live our lives as if any of it mattered at all.

That revelation was the motivation that drove Jonathan and I to write our new book “The Way Back: How Christians Blew Our Credibility and How We Get It Back.”

We pulled together data from some of the largest and most influential research organizations in the country like Gallup, Pew, Barna, and Lifeway, to track how we’re doing when it comes to living the life Christians need to live, and here’s what we found:

Study after study comes back with roughly the same numbers. Most adults in this country say they believe in God (89%). Only slightly fewer call themselves Christians (70%). But what we say and what we do are two different things.

So we looked at what should be four common practices of active Christians: prayer, church attendance, Bible reading, and tithing.

How are Christians doing when it comes to these four essential practices of our faith?

Church Attendance – Our first shock was what defines a “regular.” In that category, the bar is now so low that a “regular” is described as someone who only attends 19 times a year. That’s right – show up just 3 out of 8 Sundays and you’re now considered a “regular.”  And the Hartford Institute of Religion found that on a typical Sunday, only 20% of Christians show up at a church at all – which means 80% of American Christians aren’t.

Bible Reading – If that last section depressed you, then just wait. LifeWay, which is the retail and research arm of the Southern Baptists, found conclusions even more bleak. They discovered that 40% of churchgoing Christians read the Bible “once a month, rarely or never.” That means when it comes to the primary book informing us about the God of the universe, His remarkable and unfolding plan for our lives, and our eternal destiny, Christians think so little of it that we read it only when it’s convenient.

Tithing – You don’t even have to read this stat to know it’s going to be brutal.  We found fewer than 10% of churchgoers give 10% or more of their income.

The summary?  Roughly 75% of us who identify as Christians aren’t attending church with any regularity. Of the ones of us who do, 40% aren’t reading the Bible at all, and 90% of us aren’t tithing anywhere near the level the Bible instructs. We’re not talking about fasting or going on mission trips or leading a small group – this is the baseline, common stuff.

From Outreach Magazine  10 Questions to Ask on a Personal Retreat

Which means that modern Christianity in a nutshell is all talk, no action. Big hat, no cattle.

That’s when we realized that as a Christian community, the words non-believers use to describe us are exactly right.  In fact, in many places today, “Christian” is becoming synonymous with “hypocrite.” We’ve become the fat guy in the gym who lectures everyone else about health.

It’s time we realized that on the whole, the greatest threat to American Christianity in the 21st century isn’t radical Islam, the rise of secularism, the ACLU, Planned Parenthood, the gay community, liberal judges, or any other of the regular targets we like to point to.

We’re simply not living the kind of life that astonishes or amazes unbelievers.  Can we turn it around? The first believers certainly did. During the first few generations of the Church, those believers had no money, no political power, no influence, and no plan. But they had one thing the 21st Century Church has forgotten about:

They believed so much in the reality of the gospel, they were willing to give up their possessions, their status, their reputations, and their lives. And because of the commitment, within a remarkably short time, their example turned the world upside down.

The question today is – is it easier to throw stones and blame others for Christianity’s disappearing impact, or take a hard look at ourselves and start showing the world a new way to live.

Dragging the Church into politics, boycotts, criticism, and getting angry hasn’t worked. If your engagement with the Bible is the amount of time it takes to read a devotional on the toilet, that won’t work either.

Maybe it’s time to try something “new.”  Something that 2,000 years ago transformed the world.

– From the book “The Way Back: How Christians Blew Our Credibility and How We Get It Back” by Worthy Publishing.