Home Features How Should We as Christians Interact With American Culture? 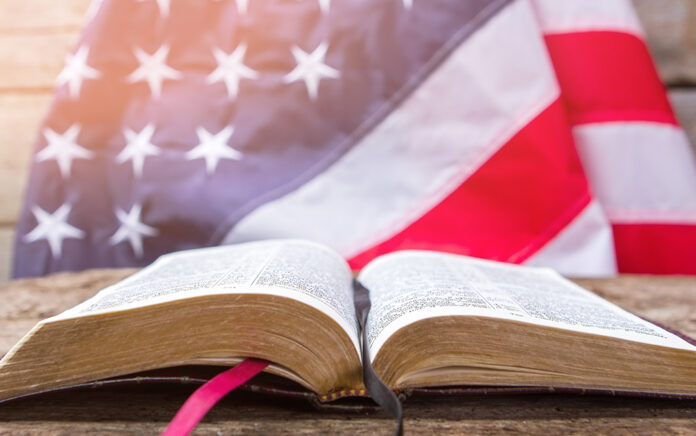 Sometimes we want to create a Christian subculture and withdraw into a Christian bubble of sorts. But that is not what Jesus told us to do. We need to impact our culture without being compromised by it.

Is it possible that the best days for the United States of America are in our future and not just a part of our past? Is it possible for our country to make a change?

I believe it is possible, because the Bible tells us that with God, nothing is impossible.

However, our country is facing a spiritual and moral crisis. Here at home, politically correct speech reigns. And if you dare to say what the Bible teaches, you’re guilty of “hate speech.”

The family is under attack as never before. This is critical, because we can take almost every social ill in the country today and directly trace it to the breakdown of the family—and specifically the absence of the father in the home. We tamper with God’s order at our own peril.

Then we have continuing conflicts in other parts of the world, including Russian and Chinese aggression. We have those powder kegs called Iran and North Korea. To me, this is a warning to the United States of America.

I believe we have two options before us as a nation right now: judgment or revival.

Judgment is coming to the United States of America, and to every nation for that matter, because we know from the Bible that a time of tribulation will come upon the earth. We know there will be an Antichrist. We know all this is in our future. But we don’t know when.

I’m praying that before this time comes, we will have at least one more great spiritual awakening—a revival—in the United States. Peter Marshall, former chaplain to the US Senate, once made this statement: “The choice before us is plain: Christ or chaos, conviction or compromise, discipline or disintegration.”

How true that is. The question is this: Are we to just throw up our hands and say there’s nothing we can do? Can we make a difference?

I believe we can.

Here are the words of Jesus that tell us how to live as his followers in our nation:

“You are the salt of the earth. But what good is salt if it has lost its flavor? Can you make it salty again? It will be thrown out and trampled underfoot as worthless. You are the light of the world—like a city on a hilltop that cannot be hidden. … In the same way, let your good deeds shine out for all to see, so that everyone will praise your heavenly Father.” —Matthew 5:13–14, 16

By its very nature, it cannot get anything but worse. That’s because there’s no inherent goodness in humanity to build on. We have increased in scientific, medical, historical, educational, psychological and technological knowledge to an astounding degree. But we have not changed our own basic nature.

In an Armistice Day address in 1948, Gen. Omar Bradley pointed out:

“Our knowledge of science has clearly outstripped our capacity to control it. We have many men of science; too few men of God. We have grasped the mystery of the atom and rejected the Sermon on the Mount. Man is stumbling blindly through a spiritual darkness while toying with the precarious secrets of life and death. The world has achieved brilliance without wisdom, power without conscience. Ours is a world of nuclear giants and ethical infants.”

Instead of making things better, we have only made things worse. Modern humanity has simply come up with new ways to destroy itself. We go from war to greater war, from crime to greater crime, from perversion to greater perversion, and from immorality to greater immorality. The spiral is downward, not upward.

This world is a very dark place, and it’s in need of even a little salt and light.

The philosophy of some is to evade the culture, summing it up in one word: isolation. That is virtually impossible. You can try to remove yourself and your children from this culture, but know this: The culture will find you.

Sometimes we want to create a Christian subculture and withdraw into a Christian bubble of sorts. But that is not what Jesus told us to do. He has not called us to isolate. He has called us to infiltrate. Our job is to permeate—not to evade but to invade. We need to impact our culture without being compromised by it.

Some will embrace all culture without reservation. That’s a huge mistake, because our country is going in the wrong direction. We’re having a huge cultural shift in America today. Our nation really was founded on Judeo-Christian principles. I’m not saying that all of our founding fathers were fervent believers in Jesus Christ, but many of them were. Even among those who were not, there was a respect for God and the Bible.

As G.K. Chesterton said, “When a man stops believing in God, he doesn’t then believe in nothing, he believes in anything.”

A believer in the right circumstances can change everything. Salt is the indirect influence of the Gospel, while light is its more direct communication. You live it, and then you share it.

We need to infiltrate, not isolate. And we need to pray. God said:

“If My people who are called by My name will humble themselves, and pray and seek My face, and turn from their wicked ways, then I will hear from heaven, and will forgive their sin and heal their land.” —2 Chronicles 7:14

When God talks about a nation having to turn around, he addresses his remarks to his own people, effectively saying, “It starts here. It starts in the house of God.”

From Outreach Magazine  Mother's Day ... At a Pregnancy Center Near You