"Judgmental criticism of others is a well-known way of escaping detection in your own crimes and misdemeanors."

I am Mark Driscoll.

I have to confess.

Running this morning in Delaware, along the country roads, I suddenly realized it’s true.

If we’re honest, we are all Mark Driscoll. He is family.

Many of us have our stories about Mark. I have one too. We were sitting together in Costa Mesa, California during a small leadership gathering convened by Leadership Network just after Mars Hill started. We walked outside. We chatted a bit. I remember him as an enthusiastic, passionate leader.

You could see the potential and promise in him. It’s still there, despite his sins. His path has now taken an unexpected, disappointing, painful turn. But there’s still a path before him.

I don’t know if all the allegations are true. Let’s say all of them are. Regardless, I still think there is a cosmic, collective groaning and turning of the stomach among Christ-followers as we see our news feed lighting up with news about another “fallen” pastor named Mark Driscoll. It’s hard to read about all the hurt and anger in the public square, where content is not curated well and eyes are drawn to the extreme opinions at either end. One end jumps to harsh judgment. The other end jumps to cursory loyalty. And in between all eyes are on the repulsive divide among those who call themselves “one body.”

The most alarming crisis to me is actually not with Mark Driscoll.

The culture that the Christian church is becoming known for on Twitter and in the New York Times and Washington Post is the very thing I thought we were not supposed to be known for. What happened to the forgiveness “seventy times seven” that Jesus spoke about?

From Outreach Magazine  3 Realities of a Multicultural Church

Of course we don’t let sin slide. But do we want to be known as erratic, judgmental in-fighters? Or apathetic, perfunctory loyalists? Is that who we really are? Let’s let his family and church deal with what is going on. They know Mark. Good, bad and ugly.

Or we can tighten the noose and hang Mark Driscoll. But let’s not forget the words of that good ol’ forgiven murderer and persecutor of women and children named Paul who explained that if we hang one of our own, we are actually hanging ourselves.

“But if you think that leaves you on the high ground where you can point your finger at others, think again. Every time you criticize someone, you condemn yourself. It takes one to know one. Judgmental criticism of others is a well-known way of escaping detection in your own crimes and misdemeanors. But God isn’t so easily diverted. He sees right through all such smoke screens and holds you to what you’ve done” (Rom. 2:1-2, The Message.

From Outreach Magazine  Jeff Simmons: Stay in the Center of God’s Will
Share on FacebookShare on Twitter 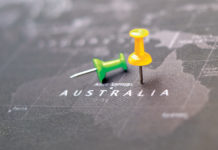 Multiplication: Over and (Down) Under 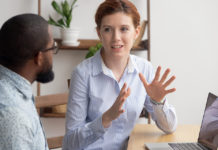 Debriefing in and After a Crisis 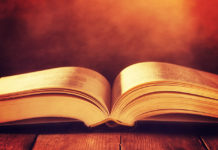 7 Earthshaking Things Jesus Said in One Chapter of the Bible