The ZIP-code sized aspiration of Mosaic Church of Central Arkansas

Mark DeYmaz launched Mosaic Church of Central Arkansas in 2001, imagining a church that would reflect both the local community and the kingdom of heaven. He wondered what it might look like if people of diverse ethnic and economic backgrounds came together to walk, work and worship.

Mosaic’s influence reached far beyond what DeYmaz had dreamed. But simply citing statistics or listing the church’s numerous civic accolades doesn’t explain the deeper impact. The significance of Mosaic’s journey resides in its story, a tapestry of the Spirit weaving together the lives of diverse and broken people into God’s loving, redemptive design.

In the twilight of a spring day, Vincent returns home from the final day of construction, another in a string of jobs completed through his contractor’s business. On the ride home, he feels an exhaustion spread, an icy stress from the demands of work and providing for a family of five.

Broken emotionally and spiritually, he detects a need for drastic change in his life. The following day, he shuts down his business and wonders what will happen next.

On September 19, 1997, Mark DeYmaz watches a diverse gathering of 12,000 people in downtown Little Rock to commemorate the 40th anniversary of The Little Rock Nine, a group of African-American students denied admission into Central. High School despite a federal court order for integration.

DeYmaz takes pride in the event, which he spearheads as the youth pastor of a large, predominately white suburban church. Even more so, he rejoices with other Little Rock youth pastors whose efforts and diversity help make the Racial Reconciliation Rally historic.

Shortly after the event, which receives national news coverage, DeYmaz returns to architectural strategies as his church begins building a $3.5 million youth center. Looking up from his plans, he sees a church janitor walk past his door. He realizes with a sinking feeling that this man may be the only minority he sees for a while. 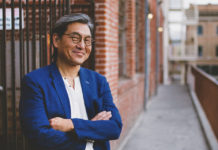 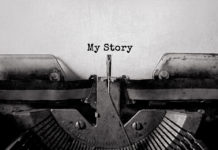 Who Is the Main Character in the Story of Your Life? 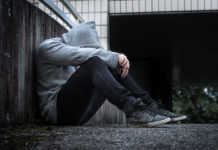 Looking for the Least of These