Home Features Why We Must Speak Up for the Vulnerable 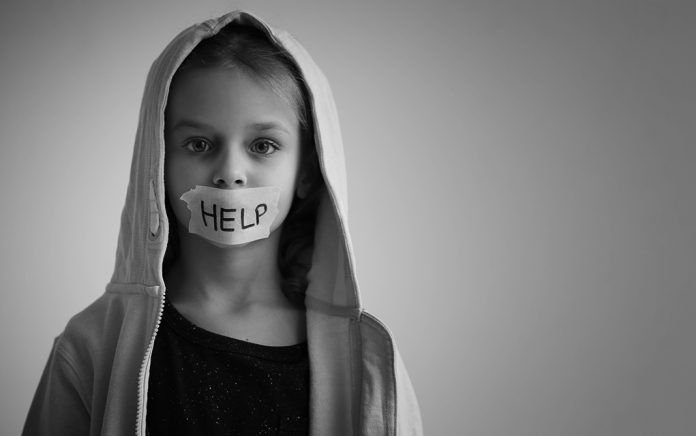 When injustice affects one part of creation, it affects us all.

When it comes to questions like racial justice, gender justice and responding to abuse charges, there has often been a malaise in the church, in large part because the injustice didn’t directly affect those of us sitting in places of privilege. Like Meroz, it doesn’t directly affect our tribe.

As Deborah laments those who sat on the sidelines in the battle in Judges 5, she comes to a crescendo in verse 23: “‘Curse Meroz,’ said the angel of the Lord. ‘Curse its people bitterly, because they did not come to help the Lord, to help the Lord against the mighty.’”

“Cursed” seems like a strong word for a tribe that didn’t really do anything bad. It doesn’t say, “This tribe hung back and smoked weed and raided everyone’s tents while they were out.” It just says they did nothing.

They did nothing because it was not their land that was threatened. Meroz represents those people of God who fail to act when injustice doesn’t affect them. The church in the West in various generations has been slow—far too slow—to champion the equality and dignity of the vulnerable. We haven’t been as diligent when it comes to injustices like sexual abuse, for instance, because we weren’t the ones affected.

Advocacy for the “other” has characterized every generation of faithful Christians.

From Outreach Magazine  Why a Clear Succession Plan Is Essential

We see it in the first centuries of the Christian movement. Even Emperor Julian, avowedly opposed to Christianity, said,

“[The Christian cause] has been specially advanced through the loving service rendered to strangers, and through their care for the burial of the dead. It is a scandal that there is not a single Jew who is a beggar, and that the godless Galileans [i.e. Christians] care not only for their own poor but for ours as well; while those who belong to us look in vain for the help that we should render them.”

Is it really that remarkable when we decry injustices that affect us or our communities? To borrow a phrase from Jesus, even the Gentiles do the same. A distinguishing mark of Jesus’ followers should be that they cry out against injustices that do not directly affect them. As the book of Proverbs says, “Speak up for those who have no voice, for the justice of all who are dispossessed” (Prov. 31:8). Not “Speak up for your friends when they are threatened.” Not “Speak up for your family when you are victims of injustice.” No, speak up for others when they have no voice.

Because we bear the burdens of our brothers and sisters, we cannot, will not, and must not stay silent.

Where are those in the majority church today speaking up for the unique challenges faced by minorities in our culture?

Where are megachurch pastors speaking up for the abused? Where have they been? We know sexual abuse disproportionately affects women. Where are the men who will speak against it and for those affected?

From Outreach Magazine  The Virus Is a Wake-Up Call

Where are the Christians lamenting and repudiating violence or any discrimination against Muslims and Jews in our country?

Where are the white, southern Christians speaking up for the dignity of immigrants? Immigration policy may be complicated, but Christians should agree that, as part of any policy, immigrants should be treated as men and women made in the image of God, worthy of dignity and compassion.

In his “Letter from a Birmingham Jail,” Martin Luther King, Jr. wrote, “Injustice anywhere is a threat to justice everywhere.” Why? Because, as Dr. King knew, “We are caught in an inescapable network of mutuality, tied in a single garment of destiny. Whatever affects one directly, affects all indirectly.”

That sounds like the language of a man who has caught the vision of Galatians 6:2—bearing one another’s burdens.

When injustice affects one part of creation, it affects us all. For the sake of justice, we must speak up.