Home Features Why We Must Not Forget the Child Separation Crisis 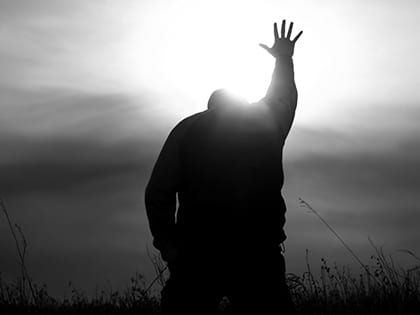 The contrasting responses to the Thai soccer team and the separated children at the border calls us to pray and act.

When Dr. Colleen Kraft, president of the American Academy of Pediatrics, visited a US government shelter for immigrant children in Combes, Texas, what she saw undid her.

A distraught toddler was crying inconsolably and pounding her small fists against the play mat. A shaken Kraft later told CNN, “We all knew why she was crying. She wanted her mother, and there was nothing we could do. I’ve never been in this situation where I’ve felt so needlessly helpless.” According to Craft, workers inside the shelter were prohibited from picking up or touching the children to comfort them. Imagine not being able to pick up or console a distraught child!

Craft described the separation of children as “government-sanctioned child abuse.” The United Nations condemned the Trump administration’s zero-tolerance policy as “a serious violation of the rights of the child” and “arbitrary and unlawful interference in family life,” calling the US to “immediately halt this practice of separating families.”

Under duress, the President signed an executive order on June 20 to end the separation of children from their families. So far, government efforts to reunite children and parents have been riddled with incompetence, chaos and little success. Identification records have gone missing, been destroyed or never existed in the first place. The government has already deported some immigrant parents. I am grateful for every parent-child reunion, but I am deeply troubled that this happened in the first place—and that it happened in America.

Compare the muddled recovery effort for the crisis on our southern border with the response in Thailand when 12 young soccer players (ages 11–16) and their soccer coach became trapped inside a watery cave.

On learning that the boys were in trouble, Thailand officials feverishly mobilized an all-out rescue effort that didn’t stop until all were safely out of the cave. Rescue workers and experts poured in from around the world (including the U.S.) with strategies, resources, divers and drillers to explore every conceivable option for getting the boys out alive. The risks were enormous, costing the life of one Thai navy seal working to save the boys. Midway through the rescue, a determined Thailand prime minister resolved, “this kind of event should never happen again on Thai soil. … We should learn from this experience to prevent it from happening again.”

From Outreach Magazine  How Can We Seek Revival?

In contrast, no all-out rescue effort is yet underway here to reunite immigrant children with their families. The President has yet to appoint a “Family Reunification Czar” to oversee the process, coordinate government agencies, and resolve legal, logistical and bureaucratic logjams. Instead, prolonged separations persist. Each day the harm to innocent children deepens. Meanwhile, the media cycle charges forward as the next big story threatens to eclipse or distract us from this unresolved human rights crisis.

What heightens the heinous nature of this ongoing immigrant tragedy is that this is not the first time the US government has been guilty of this kind of human rights violation. Nor is it the only time Bible-waving national and religious leaders have claimed divine support to justify their abusive actions. Consider the removal of Native American children from their families and communities into boarding schools. Recall the breakups of African slave families when slaveholders callously sold off a husband, wife, or child. Then there was the internment of Japanese American citizens during WWII and our government’s refusal of safe haven to thousands of Jewish refugees, and now to refugees from Syria and other war-torn regions.

To our shame, the United States has never come to terms with its history, nor expressed remorse and repentance for the sins of our past. The dark stains of America’s past have been expunged from history texts and swept under the rug. We never learned from those past abuses to prevent them from ever happening again.

So here we are—in a classic fulfillment of Spanish-American philosopher George Santayana’s warning that “those who cannot remember the past are condemned to repeat it.”

I thank God for the heroic rescue of the Thai boys from the cave and that their 18-day ordeal is over. But the separation of immigrant children from their families has been going on much longer than 18 days. That poses a very serious problem: the very real prospect of losing interest, of being worn down by emotional exhaustion from being undone over suffering children, of being distracted by other headlines and scandals, of losing sight of the suffering of immigrant children and families.

As followers of Jesus and as God’s image bearers, we are not spectators to what happens in God’s world. We have a mandate to stay the battle for these children and their parents. As believers, we have a responsibility to engage.

So take a knee for the children. While you’re at it, drop on both knees and plead that God who hears the cries of the oppressed will give us strength and determination to stay in this battle. I’m right there with you.

Let us keep making noise online and badgering our senators and congressional representatives—church leaders, too—to do all they can to bring this terrible crisis to a speedy and successful end. And let us resolve to learn the lessons of history to ensure that this never happens again on American soil.

Carolyn Custis James is a writer, speaker and adjunct professor at Biblical Theological Seminary in Hatfield, Pennsylvania. This article originally appeared on MissioAlliance.org.