Home Features How to Hack-Proof Your Marriage 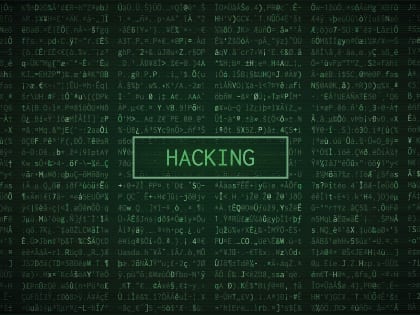 Don’t be surprised when you experience bad fruit as a result of sin you granted access into your marriage.

My wife and I were having a discussion the other day about a specific social media post we see all too often. It says something to the effect of,

“Sorry everyone. My account somehow got hacked. Ignore any messages from me.”

Some people get legitimately “hacked.” And that is something to not make light of. It happens to thousands (if not millions) of people. “Hacking” is what happens when an outside entity tries to gain unauthorized access to a system. Simply said: An outside source wants to work and manipulate its way inside to wrest control from you.

What I find, more often than not, is the circumstance doesn’t actually constitute “hacking.” The person authorized someone/something. It could have been done by simply clicking a link and/or ignorantly agreeing to allow access to their personal social media account by the game/forum/article he/she was checking out. In other words, you granted permission to something and didn’t realize how much access, liberty and control the entity was going to take.

That’s when the litany of social posts come. Frustration. Embarrassment. Anger. All of it brewing out of the misunderstanding that you were “hacked.” When in reality, you may not have had an external “hostile takeover,” but an unanticipated result from a guest you invited in. Don’t be surprised by the fruit of what you’ve given access to. Don’t be freaked out when you see something happen because of what you allowed in.

There is so much truth to grasp, not just in our social media experience, but in our marriages. I wonder how many relationships are inviting unanticipated and/or unnecessary challenges, not because of the natural differences between a husband and wife, but because of the “entities” that have been authorized access. To name a few,

Perhaps before we have a response that says, “I don’t know how this happened but ________ has been going on,” we should turn inward. It’s easy to pick off the “fruit” of what you are seeing. It’s another thing to get to the roots of what is creating the fruit. Ask yourself:

Did I allow this inside?

Change begins with humility. And asking this question isn’t about dealing with things on your own but approaching every marriage situation, not with the assumption that “it’s got to be someone else;” but from a place that says, “It could be my fault” or “I may have played a part in this.” Humility is what causes our lives to be pliable in the hands of the Lord. The “we” of the marriage is much easier to shape if the “me” is contrite enough to approach it.

It’s easier to understand the depth of an unhealthy marital issue or habit if you can identify the source fueling it. What is feeding it? Where is it happening? How did it start? Think of it like a boat taking on water. It’s pointless to get the water out of the boat if you do nothing about the leak. Find the access point and, together, deal with it.

What can WE do to move out of this?

Again, marriage issues are “we” issues. The point of starting with “personal” humility is for both the husband and wife to have malleable hearts that will work with each other and for the health of the marriage. Even in a case in which one spouse has some personal issues to navigate through, he/she shouldn’t feel like they’re doing it alone. As Scripture says, the “two become one.” Make sure there is a sense that “we are moving forward together” and not “you need to do this.”

How do we guard ourselves? How do we grow from here?

They say the definition of insanity is doing the same thing over and over and expecting different results. Don’t just go about your marriage “business as usual.” Grow forward by making some tweaks and changes. When you see bad fruit, picking the fruit off doesn’t deal with the root issues. So, stepping back and developing a plan of attack is paramount to marital maturity.

We can continue to attribute our marriage issues to getting “hacked” as if someone/something has invaded our marriage and brought the lack of health we are experiencing. Sometimes there are just natural differences between husbands and wives that need to be worked through. But many times, we need to step back in humility and see that we may be experiencing the fruit of something we allowed access into our relationship.