Home Features Transform Your Marriage One Week at a Time 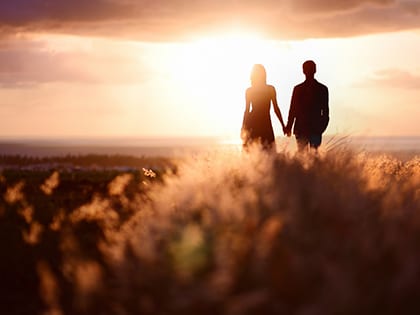 “What if you chose one aspect of your marriage to focus on for a week? What could you create in your marriage by practicing a healthy godly habit in a practical and consistent way?”

Ever been frustrated with your spouse? Yep.
Ever been discouraged in your marriage? Me too.
Ever been disappointed in your mate? Never.
Would Anne (my wife) have answered these in a similar way? Absolutely (with the exception that she’d tell the truth on the last question).

Congrats. You have a very normal and a very human marriage. Yet I get so many messages from people who are dealing with normal marital challenges but feel discouraged and hopeless. First, there’s that overwhelming sensation that what you’re experiencing is exclusive to you and your spouse. And second, there’s the feeling of frustration with the difference between where you are and where you want to be.

I get it. Welcome to being human, where we tend to focus on what’s wrong instead of what’s right. We get caught up in the moment instead of looking at the bigger picture. The measurement of our progress is based upon where we haven’t arrived instead of how far we’ve come.

There is a lingering image of what life/marriage “should be” that casts a shadow over where you are now. And that’s where I want to shed some light of hope. I want to build on a previous article talking about what the future of your marriage looks like. I’d like to help shift that sinking feeling of “things will never change” into progressive steps forward, one week at a time. I’ve been pondering Genesis 1 lately. Early in the chapter, we find a description of the state of things.

The earth was formless and empty, and darkness covered the deep waters. And the Spirit of God was hovering over the surface of the waters. —Gen. 1:2

What do you see?

It’s easy to look at your marriage and list only what you can detect with your limited finite senses. From the look of things, your marriage can appear “formless,” feel “empty” and seem as if “darkness” is covering your potential. But this is where you have to see things from the perspective of God. He brings light into these moments, not to expose our shortcomings, but to unleash our potential. Which leads me to my next thought…

God isn’t afraid of your chaos. He draws close in it.

Wrap your head around that. In the midst of a “formless,” “empty” and “darkness covered” moment, we find that the Holy Spirit wasn’t distant. He was there just “over the surface.” The original Hebrew could also be translated as “in the face of.” When this world was nothing more than chaos, God came face-to-face with it to create something magnificent. It seems like it’s out of that understanding that the Psalmist writes, “The LORD is close to the brokenhearted; he rescues those whose spirits are crushed” (Ps. 34:18).

God doesn’t distance himself from your chaos and struggles. He’s there and he is ready to create something. That truth should stand in the face of the very feelings of isolation and hurt, frustration and hopelessness you feel. Your chaos does not—nor can it—distract, intimidate or repel God. He is drawn to those who need him, and he is ready to make things beautiful in his time.

Seven days of creation and the work had only begun.

Genesis 1:1–2:1 is the story of creation. From the foundations of the earth to life itself, everything came into being in a matter of seven days. What if we approached our marriage journey one week at a time? Instead of being consumed by everything that needs to change, what if we implemented change seven days at a time? I think there’s a beauty in the practicality of marriage one week at a time. For those who have a hard time looking past your daily marital struggles, it broadens your vision beyond merely surviving 24 hours at a time. For others who’ve lost hope in a dream of “what could be,” it narrows your vision placing tangible, progressive steps toward where you want to be.

What can be created in your marriage by tackling it seven days at a time? Boundless possibilities. Not only do we see the creative power of God in Genesis 1, but we see that he made us in his image. We are (and can be) creative because he is the Creator. And through him, we can have creative power in our homes.

Imagine with me, what if you chose one aspect of your marriage to focus on for a week? What could you create in your marriage by practicing a healthy godly habit in a practical and consistent way?

Dedicate the next week to praying with your spouse over your marriage. Ask each other about the types of things you both want to see changed and/or grown in your relationship. Pick one, look at the following week and take intentional godly steps toward it.

As was the case in Genesis, you may discover that after a week the work isn’t done. It’s only getting started.

Love you all. I’m praying for you as you sit down, pray and tackle creative growth one week at a time.