Home Features Race and the Gospel: How Can We Move Beyond a Broken Witness?—Part... 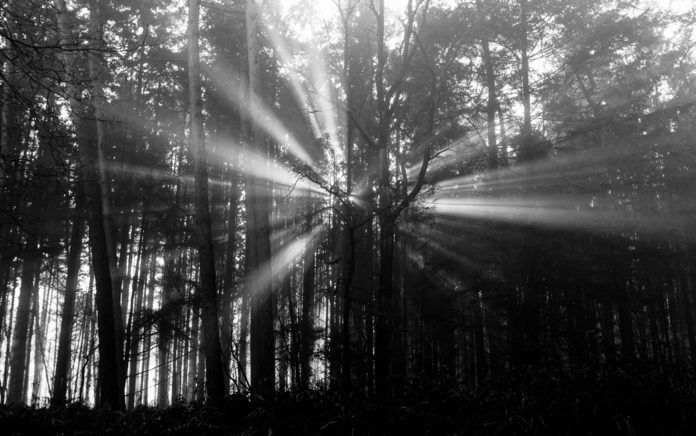 “When We’re in a Posture of Hospitality, We Can’t Objectify Those With Whom We Disagree. We Can’t Throw Stones While Serving Bread.”

Beyond a Broken Witness

In a recent Barna study, tellingly, only 56 percent of evangelicals agree that people of color are often placed at a social disadvantage—which is lower than the national average of 67 percent. At the same time, 95 percent of evangelicals think the church plays a critical role in racial reconciliation—higher than the national average of 73 percent. Taken together, these findings reveal that those who believe they are most equipped to help with reconciliation actually don’t think it is as needed as do other Americans.

What does this say to our understanding of equality and justice as a component of our witness?

InterVarsity Press approached me with the idea that became my book, The Myth of Equality: Uncovering the Roots of Injustice and Privilege. They wanted to publish a book on race and privilege, written by a white evangelical, that could serve as a bridge between those at the forefront of race relations in America and the many Americans and evangelicals beginning to awaken to our racist history—a book that asks deeper questions about race, identity and responsibility.

Is there a myth of equality? There seems to be when our supposedly unbiased judicial system is 11 times more likely to give the death penalty when the victim is white than when the victim is black, or when our refugee policy still seeks to exclude men, women and families from certain countries of the world—regardless of the merits of their cases.

A compartmentalized gospel leads to a life disconnected from our fellow man and from the vulnerabilities—which God made clear throughout Scripture that he wanted us to collectively carry on our backs so his justice would reign and men and women would be treated equally.

A flawed gospel that doesn’t see the whole picture of God’s reconciling work would rather punish than restore. It would rather move the problem out of the way than immerse itself in the messy realities of reconciliation.

Ultimately, a flawed gospel takes away our credibility as witnesses of Jesus.

How can the American dream be our North Star when God’s purpose is reconciling the world to himself and when he has now given us this same ministry of reconciliation? (2 Cor. 5:18–20). And how can we have a gospel where we think we are forgiven and connected to Jesus when we are also disengaged from the poor and vulnerable whom Jesus says is his very self? (Matt. 25:34–40).

The apostle John makes the same arguments more succinctly: “Whoever claims to love God yet hates a brother or sister is a liar. For whoever does not love their brother and sister, whom they have seen, cannot love God, whom they have not seen” (1 John 4:20).

A gospel that can be compartmentalized is a false gospel. It permits us to live in darkness. It is a lie that baits us into self-deception.

Martin Luther King Jr. chastised, “Any religion that professes to be concerned with the souls of men and is not concerned about the slums that damn them, the economic conditions that strangle them and the social conditions that cripple them is a spiritually moribund religion awaiting burial.”

It is time that thought-leaders in white evangelicalism should no longer presume or feel the liberty to comment on an Instagram post about a book simply because it is all too easy to put it into the same boxes and compartments we have historically used to exclude sticky or messy conversations. The spiritual warnings should not come against the justice worker, but those with a pharisaical approach to spirituality. The test for the gospel should be less about the academic formula one is able to articulate, but whether it actually sounds like Jesus, sounds like salvation, sounds like grace, sounds like good news. It shouldn’t be in the definition of a pixel, but the clarity of the picture.

We have to honor our brothers and sisters and learn to make the common good a part of our aspirations. This goes against the grain of American individualism. It cuts against our deep inclinations of self-realization and advancement. Ultimately, it cuts against empire and the way we are shaped as consumers. It might disrupt our evangelical systems or patterns of thought. The kingdom is a wholly different reality. None of us will be perfect at living justly, but we must be committed to that narrow road where we are found in our love of enemy, love of neighbor and life in the communion of saints.

This isn’t an easy vision. It is a prophetic vision that takes, as Walter Brueggemann wrote, a prophetic imagination. We should all have a dream—not an American dream for our individual selves, but a dream for an America that reflects kingdom values and relationships as closely as possible.

No matter where you are—Oregon, Massachusetts or Louisiana—what does it look like for you, your church or your business to make space for the fullness of life in learning about, standing in solidarity with and sacrificing for our brothers and sisters whose experience has been one of racism and injustice?

What matters is not how good or perfect we are at it—it’s not a competition; it is how we are progressing or becoming. Are you—am I—willing to make sacrifices and elevate concern for the other?

Hospitality is defined as welcoming the other.

When we’re in a posture of hospitality, we can’t objectify those with whom we disagree. We can’t throw stones while serving bread.

Does race belong in our gospel conversations? Of course. How can we call it good news if it doesn’t speak to all the broken parts of the human condition?

STEPS TOWARD UNDERSTANDING AND RECONCILIATION

One of the questions I get asked most regularly is how to lead a predominantly white congregation into and through issues of biblical reconciliation with regard to race and privilege. I don’t think I have all the answers, but I have my own experience and that of others. Here is a short list of steps that may be helpful for pastors or church leaders embarking on such a journey.

Our voice cannot capture the personal and relational quality of someone who is not just teaching a subject but sharing from their own experience and story of race in America. (If you need suggestions on speakers, feel free to contact me and I’ll be happy to provide a suggested list.)

From Outreach Magazine  5 Ways to Identify a Toxic Workplace Culture

2. Teach the congregation about lament and corporate confession.

Too many people jump straight into the Type-A, fix-it mode when confronted by the many problems and challenges of race and equality. This project mentality coupled with heroic or adventurous thoughts can be dangerous and also deeply undignifies people who have experienced deep trauma that doesn’t lend itself to ready or easy solutions. How can we “fix” the experience of a family with a deported loved one or of a family whose lineage traces back to the loss of a loved one to lynching or terror in the South, the refugee journey to a Northern city that didn’t welcome them, and the resulting loss of stability in the family as well as economic gain? Can such a family story and its deep complexity be “fixed” or even addressed without coming to it with the necessary listening ears and tears? Congregations need to learn to sit with the story of others and, in so doing, avoid the mistake of ill-timed responses or over simplifications. Soong-Chan Rah’s book Prophetic Lament might prove very helpful here.

3. Have your congregation read a book together in a focused season of learning.

The topic of race elicits quick political responses, opinions and evasive techniques—the kinds that show up at the larger family dinner table at Thanksgiving—when we jump straight into it. I don’t want to get bogged down in conversations that don’t go anywhere; rather, I want people to learn and get beyond the pat answers they have been taught so that I can have a meaningful dialog with them. Books do this. Books force people to sit, listen, learn and even have biases challenged in a manner that lends itself better to learning. Our team all agreed we wouldn’t answer questions on this during the launch of The Myth of Equality unless someone had read the book first. That commitment saved us countless headaches and also put gentle pressure on people to fully engage the learning process before jumping into heated discussions based on pre-existing feelings about topics like white privilege or programs surrounding racial equality.

4. Set a trajectory for your own journey of learning and understanding.

Issues surrounding race and religion, injustice and privilege, are such a deep, neglected and nuanced part of American history that they defy quick answers and fast learning. Additionally, they have been so intertwined with faith in America that it challenges much of our own learning and religious experience. If we commit to equality—by growing in wisdom, knowledge and experience—it ensures that our teams and congregations will benefit and be brought along at a steady sustainable pace. One way I have seen leaders do this is through the one-year master’s degree programs available through Kilns College in a distance virtual campus format. We can only take our churches where we are willing to go.

Ken Wytsma is the founding and lead pastor of global ministries at Antioch Church in Bend, Oregon, and president of Kilns College. He is the author of The Myth of Equality: Uncovering the Roots of Injustice and Privilege, named one of the five best religion books of 2017 by Publishers Weekly. His earlier works include Pursuing Justice, The Grand Paradox and Create vs. Copy. KenWytsma.com

For more from Ken Wytsma »