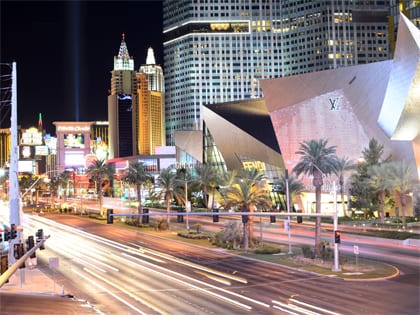 A Las Vegas pastor shares how Christians can pray for the city following the deadliest mass shooting in modern U.S. history.

Over the past few weeks, I was honored to talk with pastors in Houston and South Florida, and bring their stories to you. I was encouraged to hear about how the church has been coming together and being the hands and feet of Jesus in their communities in the wake of Hurricanes Harvey and Irma. I have used their examples in my own preaching and teaching.

I never imagined that my city would be the next to experience a tragedy.

I’m a pastor in Las Vegas. In fact, I graduated high school, got married, raised a family, was ordained and have served in a variety of ministries here. I woke up this morning to find text messages asking if I was awake and if I’d seen the news. I opened a news website on my phone and was devastated to find out what had taken place last night: hundreds injured and dozens killed. I was devastated. I’m still in shock and disbelief.

My first texts were to my grown sons who had been following the events. I praised God that they were not close to the tragedy. I then went on social media to see who else had been affected. Were there church family members present during the shooting? Other friends? What is the local media saying? The stream was so full, I was overwhelmed. I had to pray. With tears welling up, I prayed, “Lord, I don’t know what to pray, but help the people of my city!”

As the dust has settled this afternoon and I have heard many stories, I thought it would be helpful to put together some thoughts about how the church at large can help. This is nothing like the aftermath of the hurricanes. We are not going to need building supplies, but there are homes that are devastated today. The greatest way the church can be of service to Las Vegas is to pray.

1. Pray for those directly affected.

From Outreach Magazine  How to Kill Envy and Embrace Contentment

I know that God is in control, and he alone can bring beauty from these ashes. For the families who are mourning, they may not be ready to hear that. Pray that God can turn hearts who may be asking “Why?” toward him. In the midst of tragedy, people have the tendency to either draw closer to him or push him away. Pray that this tragedy draws people to Jesus. Our city needs that!

2. Pray for our first responders.

Las Vegas has an top-tier group of police, fire and emergency responders. One of my best friends just retired from the police force and has become a pastor. In him, I see the face of the Las Vegas Metropolitan Police Department. Like many of his peers, he was always professional and always vigilant. They have a tough job.

There is nothing that could ever prepare an officer for a scene like this. We have friends whose daughter is a rookie officer and got called to the scene just a few months out of the academy. Pray that God will help her process what she’s seen. Pray the same for every officer, firefighter and paramedic. Pray for everyone who was there at the scene during the long night.

Pray for the hospital staff of Sunrise Hospital, University Medical Center and other medical centers in the Vegas Valley. No matter what they have been through on past nights, they have never had this many wounded. I am certain that they were and are overwhelmed. I picture all of the kind faces that I have encountered over the years in hospital emergency rooms.

3. Pray for others who were present.

We have church family members who stayed up late watching the news, wondering if their adult kids were safe. I know of two families who are holding each other a little closer today because they were able to escape the area unharmed. I am certain that those young people have seen way too much, as well.

Pray for all those who will never be able to erase the images of last night from their minds. We know someone who is a professional photographer. He went to the concert that night to capture some images of the country singers. He was there until daybreak and brought images of the tragedy to the world. Pray that this tragedy will draw him closer to God.

4. Pray for the Las Vegas community.

Las Vegas has a reputation around the world for what takes place in that relatively small section of the city. Most people do not think of the desert town that is home to more than a million people. My mother is a retired schoolteacher and heard many times, “There are schools in Las Vegas?” Yes, lots of them. Please pray for those kids who don’t feel safe today. Pray for the teachers, school counselors and staff who need to comfort those kids.

Very early this morning, I heard from our blood bank that the supplies were running low. It warmed my heart, later in the day, to see images of lines down the block for people to give blood. Pray that our city would come together to supply this and other great heart needs in this community.

5. Pray for our churches.

Another little-known fact: Las Vegas has a vibrant community of faith. I became a Christian while I was away in the army, and I returned to Vegas to find healthy, growing and outreaching churches. I am pleased to see my fellow pastors opening doors and arms to those in need. Pray that this horrible event brings people to a point of seeking God. Pray for churches who are opening their doors and arms to the hurting.

It was my pleasure to serve as the pastor of the Las Vegas Rescue Mission for more than 12 years. In that time, I got to know many pastors. I am seeing them gather their flocks tonight for prayer vigils. I am seeing encouragement coming from others who have left Las Vegas but still have a heart for the ministry here. Pray for our city’s pastors, myself included, to stand strong.