Home Features Youth Ministry Hindsight: You Can’t Do It Alone 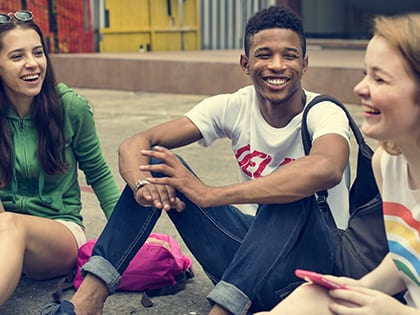 “Once others got involved in the work, the production and effectiveness of the ministry grew by leaps and bounds.”

We are always learning from our experiences, whether they are positive or negative experiences—especially in youth ministry. Over the past several years, I have learned from both good experiences and bad experiences. In my latest book, Youth Ministry Hindsight, I dive deep into five important things I wish I would have known when I started in youth ministry, including:

“Just because you can do it yourself doesn’t mean you should.”

My thinking behind doing everything myself was that I saw what needed to be done, and if they wanted to do it, they would; but since it wasn’t being done, I thought I had to do it myself. I was so wrong. I have learned that the only way to grow an effective youth ministry is by growing the people who serve with you, and these people will only grow by doing, not watching.

You know the rule of leadership growth: 1) They watch you do it; 2) they do it with you; 3) you watch them do it. The sad thing is, until I learned this rule, our ministry was doing well, but it was only producing based on what I did. Once others got involved in the work, the production and effectiveness of the ministry grew by leaps and bounds.

No, your leaders won’t do it the exact same way that you would do it, but ministry is not about the exact way you do anything; rather, it’s about getting it done effectively together. Move past yourself and get others involved.

Let’s start with Scripture: the story of Jesus and Lazarus in John 11. This story is a great lesson on leadership. As John explains, Jesus had a connection with Lazarus, and Jesus loved him as a brother. Lazarus was dying, and his sisters Mary and Martha got word to Jesus for him to come help.

Long story short, Jesus didn’t rush to Lazarus, and as a result, Lazarus died. By the time Jesus got there, no one—not even Lazarus’ sisters—thought that Lazarus could come back to life. Of course, Jesus got there and didn’t worry about what anyone thought, he asked his disciples to roll the stone away from the tomb, and he brought Lazarus back from the dead.

Some scholars say that Jesus might have waited several days because, at the time, some people believed that someone’s spirit could come back into their body up to three days after death. Jesus wanted to wait and make sure there was no doubt that it was God who had brought Lazarus back, and no other god. The leadership key, though, is in a question I always asked of the text: Why did Jesus tell the disciples to roll back the stone?

Scholars believe that Jesus spoke Lazarus’ name because there were most likely other dead people in that tomb, and Jesus only wanted Lazarus to come back to life. However, if Jesus had enough power and authority to call someone’s name and bring them back to life, why didn’t he just move the stone himself?

Researchers say that these stones that were placed at the opening of tombs were heavy and weighed around one to two tons. But again, it’s Jesus—he could have done it. So why didn’t he? The answer, I believe, has to do with Jesus’ leadership style, and it’s a lesson we can learn from.

I believe many of us can agree that we are often guilty, for whatever reason, of doing too much in youth ministry. Later in the chapter, I explain how to work against this pull of doing too much.

From Outreach Magazine  Why Forgetting Is NOT the Key to Forgiveness

The other four lessons that I included in the book are bigger doesn’t mean better; everyone needs a break; ministry is more important than motion; and your growth equals their growth. At the end of each chapter, there are interviews with current and former youth ministry leaders including Phil Jackson of the House Covenant Church in Chicago; Adam Durso, executive director of LEAD.NYC (The New York City Leadership Center); Tony Lee, senior pastor of Community of Hope AME Church in Maryland; Sharee Johnson of Change Church in New Jersey; and Jerrod Gunter of New Direction Church in Tennessee.

My goal for this book is to help youth ministry leaders and pastors learn from my years of youth ministry experiences and mistakes so that they can serve students and families more effectively.

Russell St. Bernard (@PastorRuss09) is the youth minister at Reid Temple AME Church’s north campus in Glenn Dale, Maryland, and the founder of After the Music Stops, a full-service youth ministry resource company dedicated to assisting leaders and parents as they serve their students.