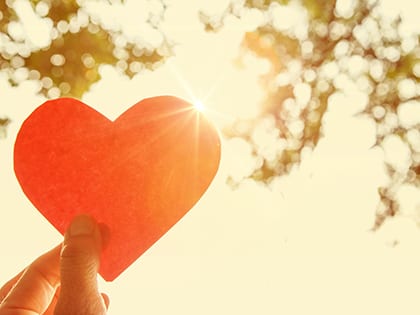 “I don’t need encouragement to love myself. I’m a pro at it. What I need is to love my neighbor.”

On one memorable spring-break trip, students and I spent several full days in Washington, DC, with educational visits, readings and discussions, and stimulating appointments. We met with probation officers, psychologists, displaced residents, and a mix of others, each time asking a simple question: “How do people search for home?”

We wanted to know what drives one elderly woman to hoard and a young man to join a gang; why the seventeen-year old sells her body and a family wants to discover its genealogical roots. Specifically, we wanted to know what about the quest causes our behaviors to conflict with our beliefs. As the hosts responded to our curiosity, we were amazed by the consistency in their answers. “We’re looking for love,” they said. “And we’ll pay any price to get it.”

Love is the summary of the Scriptures, not a generic principle handy for religious calendars. It’s the promise of things to come, the missional catalyst of the New Testament church, and the bread and butter of daily living. Love is what binds us to neighbors and keeps us from killing them. Without love, everything falls apart, from political regimes to personal relationships. “And now these three remain: faith, hope and love. But the greatest of these is love” (1 Corinthians 13:13).

This is all well and good, but Jesus has to tell me—tell me—to give away the greatest, because I need more than a suggestion. I need the imperative. He also has to tell me because I need a command counter to what I already do so well: love myself. That direction needs no encouragement for me. Guidance, yes; encouragement, no. I love myself in abundance—readily and recklessly.

With our urban observations in mind, we left DC and drove to a remote wilderness area in Virginia to reflect on what we had experienced. (Reflection, as I’ve said above and will return to in more detail in chapter seven, is a critical follow-up to every experience.) The city had been comfortable: working appliances, light, heat, water, electricity, comfy couches, locked doors, restaurants, and grocery stores. Now it was time to remove those comforts and see how we would do.

If kids join gangs to cope with lack in the city, would we show similar tendencies when coping with lack in the woods? Where we were headed, the trails were unmarked, and it was half a mile from our tent site to the trickling stream where we hoped to find water. That type of scenario can make people behave strangely.

From Outreach Magazine  How to Create Momentum in Your Ministry

At dusk, four hours west of the capital and now standing at a trailhead wearing boots and heavy packs, we said goodbye to cars and predictability and began the three-and-a-half-mile ascent. Hours later—our headlamps having kept us on the path—we finally reached the isolated clearing along the ridge. Under normal circumstances, it wouldn’t have been a difficult hike, but with no daylight and after busy days with constant mental exercise and late nights (not to mention that we hadn’t eaten dinner), it was rather tiring.

I didn’t have the luxury of resting any time soon. The temperature had dropped below freezing, and I had to think about getting everyone fed and keeping them warm. It requires considerable energy to set up camp and cook dinner in the dark, especially when it’s cold and especially with first-time hikers who don’t know enough about the wild to pee without instructions.

Conditions like this also tend to foster unusual issues. One student, for example, doubled over with an inexplicable pain that lasted through the evening. Another pulled me aside to say he was experiencing the onset of an anxiety attack. These would both subside as confidence increased. But they exacerbated the situation at hand.

With numb fingers, we created a shelter by tying a thick plastic tarp to nearby trees. Dinner was prepared over pocketsize camping stoves. It was a simple meal, but even boiled bark would have satisfied at that point. I coached participants on what to wear for bed, and then several of us went farther into the woods to hang food bags and cookware in trees so bears couldn’t reach them. Sometime after midnight, I zipped up my sleeping bag. I was beat. The anxious participant asked quietly if he could wake me during the night if an attack came. I hoped that either he’d be fine or I’d sleep through his request.

This unspoken response from me was the first clear break from love. The next would come less than an hour later.

A sound of desperation jarred me awake. It was Miriam, a student three sleeping bags away from my resting place. She had bolted upright and was now gasping for air and calling out in a panic. Students beside her tried to assist, but what were they to do? All she could say was that she had stopped breathing. Just stopped. Everyone was now awake and scared, and they asked me what to do.

I didn’t care. I hadn’t even rolled over yet—only turned my head enough to see the commotion in my peripheral vision. I wanted to tell her, “Lie back down, and we’ll deal with your problems in the morning.” Of course, that wasn’t an option, though I so wanted it to be. I was beyond caring and starving for sleep.

These are the moments when Jesus-like attributes we’ve collected over the years fail to show up. No Sunday school lessons come shining through. No spiritual wisdom from parents and peers save the day. No, this is when immaturity says, “Responsibility? Adulthood? Giving your life away? I don’t think so. I’m the one who counts. I’m going back to sleep.”

In a fortuitous moment of clarity, I remembered that Miriam suffered from exercise-induced asthma. She was an athlete with a high tolerance; that’s why, in all of our activities that week, I had forgotten about it. Now a mental picture of her medical form popped into view. When I learned that she had cinched up her sleeping bag hole and created a cocoon (producing too much humidity), I leaned on my elbow and asked her to try keeping her head out in the cold instead. It worked, and I can’t tell you how glad I was.

I don’t need encouragement to love myself. I’m a pro at it. What I need is to love my neighbor. That tiresome night put me exactly where I had hoped it would put the students—in a place of shortage and challenge so they could observe where they still needed to mature. Yet it was me who was making the observations.

Home is stuff like shelter, rest, and companionship. It’s that place where love is healthy and abundant and where all the good promises of God come to fruition. Entering a designed experience in the wilderness removes the ability to control how we get these good items. Participants feel threatened as they wonder not only how they’ll survive the frozen night but also what lives in the shadows and how to cook without a microwave. Perceived threats lead to all manner of unpredictable responses, and the responses show us our immaturity.

It’s one thing to hear strangers talk about hungering for home in a warm, well-lit conference room in DC but quite another to feel these hungers yourself on a wintry night in the middle of nowhere. There I was, subjected to the design I had created for others. My need was rest, and the more endangered my rest became, the more negatively I responded to those who threatened it.

When I suffer, my willingness (and ability) to love my neighbor suffers, too.

San Van Eman is a resource specialist for the CCO’s Experiential Designs team, where he co-creates transformational experiences for college students, professionals and organizations.