Home Features Why We Need to Stop Criticizing Large Churches 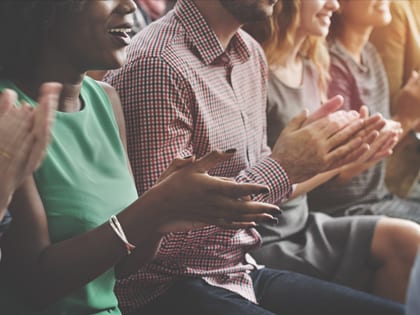 “I think it’s time to kill the myth that if you’re preaching a real gospel message with integrity, nobody will show up.”

Hardly a day goes by without seeing a number of Christians on social media criticize large churches. Just like this Instagram meme, it’s assumed that just because a church is big, it must be compromising the gospel, not preaching the Bible or some other lame charge.

It seems that for far too many people in the church today, large numbers of people in a church automatically means shallow, worldly teaching.

But if that is the case, then Jesus must have been a complete failure.

At least 11 times in the New Testament book of Mark alone, Jesus preached to crowds described like this:

In fact, Mark 1:45 says, “Jesus could no longer openly enter a town, but was out in desolate places, and people were coming to him from every quarter.” In Luke 16 the crowds were described as “a great throng,” and don’t forget that after one teaching session he fed a crowd of 5,000—a pretty big number.

By my count, the four Gospel writers remark about large crowds listening to Jesus at least 34 times.

So what is it with all the critics of large churches today?

Of course there are some large churches that are shallow, but for every one of them, I can show you many more small ones that are just as shallow. Is it jealousy? Envy? I don’t know the reason, but I can tell you that in the most secular culture in our country’s history, this is the time to celebrate growth, not criticize it.

From Outreach Magazine  Multisite 2016: What's New and What's Next?

I think it’s time to kill the myth that if you’re preaching a real gospel message with integrity, nobody will show up.

Here’s a post featuring reasons I think large churches can be effective, and to deny the great work they’re doing in the world is frankly a bit nuts in my opinion.

If you prefer a small church, great. I couldn’t be more thrilled—and I’ll never criticize you on social media for it.

But at the same time, let’s also celebrate those who are using a bigger net.