“This is a constant temptation in ministry. We want to be liked. We hate being misunderstood or seen as ‘the bad guy.'”

“Then Saul admitted to Samuel, ‘Yes, I have sinned. I have disobeyed your instructions and the Lord’s command, for I was afraid of the people and did what they demanded.’” —1 Sam. 15:24

My son is a pastor in another state. These Leadership Mentoring exercises are an attempt to impart on him—and other church leaders—what God has given me. They are designed to be discussed over coffee or FaceTime in order to stimulate thinking and wrestle with leadership themes, skills and perspectives. They are not easy fixes, 1-2-3 strategies or spoon-fed biblical remedies. Rather, they are intended to stimulate investigation and an internal wrestling match resulting in deeper learning and more thoughtfully held values and convictions. The wrestling match has a shaping effect on us. Wrestle away!

The Fear of Man

Leaders must beware of the self-deceiving effects of people-pleasing and the fear of man.

The message disturbed me, mostly because I couldn’t figure it out. I went to bed that night bothered and awoke the next morning with an, “Aha!”

The speaker was teaching out of 1 Samuel 15, when King Saul (sort of) followed Samuel’s orders to completely destroy the Amalekites. He returned from the mission as a hero, but allowed his army to take the spoils, which the Lord commanded him not to do. It looked like obedience, but it was not.

Finally, when confronted, Saul conceded that he caved into the people’s desires because he feared the people (more than the Lord).

Whenever we care about the opinions of others more than what the Lord says (like Saul), it can have a self-deceiving, compromising effect on us. Thus, “the spirit of beguilement (deceiving ourselves into thinking we’re doing what God wants, when we’re not) is an insidious thing (it can entrap us in a seemingly harmless way).” The “fear of man” has a self-deceiving effect on us.

This hit me hard. I had conceded so much ground—so many convictions—because I was insecure and wanted to be liked. I would shave sharp edges off the truth because I didn’t want to endure the consequences of people’s disapproval. I would not confront for fear of being rejected. And I thought it was harmless, but it was not. Yikes!

God was generous and granted me a deep and flushing repentance, but I was guilty and it was ugly. From time to time, I have to revisit these subtle, underground currents within me to make sure that I am living and leading to “please him” (Col. 1:10), rather than please others.

People-pleasing. The fear of man.

This is a constant temptation in ministry. We lead volunteers. We want to be liked. We hate being misunderstood or seen as “the bad guy.” We steer clear of confrontation at all costs for fear of rejection.

We can dress it up in all kinds of ways—“I’m just praying for them” or “waiting on God” or “being merciful like Jesus”—but the fear of man (and its brother, people-pleasing) can easily infect, motivate and steer us. We can easily “play to the crowd” for the feelings we receive, rather than what is best for the flock.

In preaching and teaching, we can play to the crowd and be more comedians than communicators of the truth. People laugh. We feel good. We feel we are connecting with them. “It’s all so they’ll come back, right?” People-pleasing. We can use more statistics than Scripture, more sentimental images than truth. Pleasing people.

We’re leading people, and we want to make sure everyone’s onboard and having a good time. We may smooth things over instead of confronting sin and immaturity. With the migratory habits of American Christians, we may fear that if we are too truthful, too honest or too vulnerable, then people will simply leave and go somewhere else. We are afraid of that, so we craft an image they will like better, and we sell off our convictions.

From Outreach Magazine  Lessons Learned Since 'Autopsy of a Deceased Church'

The fear of man and pleasing people can infect us almost unawares. From time to time, it’s helpful to take a motive inventory with the Holy Spirit and a trusted mentor or friend.

Bob Branch is the husband of Becky; father of Daniel, Hannah, Charis and Becca; father-in-law to Amelia and Nate, and the founder and pastor of The Springs Community Church in Temecula, California. Besides connecting with his family, he enjoys traveling, guitars, watches, football, baseball, Clive Cussler books, good coffee, sushi and almost all kinds of food. 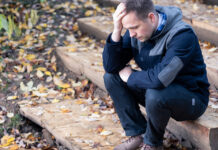 Desperate for the Presence of God 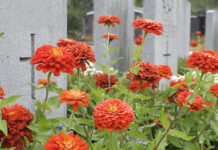 From a Grave to a Garden 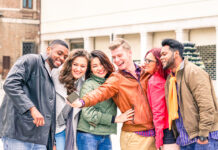 5 Cultural Shifts We Must Understand to Reach Our Neighbors