Home Features 4 Ways Your Church Can Be Innovative 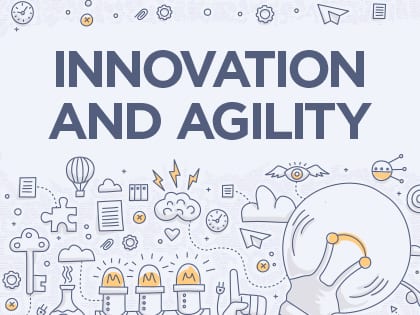 “Change is like electricity. Handled well, it brings great blessings. Handled carelessly, it can burn the house down.”

In today’s rapidly changing spiritual and cultural context, pastors and church leaders are being forced to choose between leading like a missionary or curating a historical preservation society. The days of successfully blending these two perspectives are long gone.

Those who choose a missionary mindset tend to value results. They hold fast to the eternal truths of Scripture. But they’re also quick to jettison methods and paradigms that no longer work. They’re agile and open to change, adapting their ministry to the real world, not the world they wished they lived in. Like the apostle Paul, they become all things to all people so that they might save some (1 Cor. 9:22).

Those who choose a curator mindset tend to value the past. They’re resistant to change because of a belief that the intrinsic beauty of our old methods and paradigms are worth protecting—even if they no longer work.

Those who know me know that I lean heavily toward a missionary mindset. I’m a curator’s worst nightmare. But the fact is, we need some curators, because when everyone has a missionary mindset, we can become so focused on creating the future that we forget to protect the past. Those who create the future without protecting the past inevitably end up building a house without a foundation. It might look great for a while, but it won’t last long.

Obviously, organizational agility and flexibility are incredibly important traits. Without them a ministry has no long-range future. But agility involves more than just the ability to quickly try new things. It also includes the ability to quickly retreat when things don’t work out like we thought they would.

Unfortunately, this aspect of organizational agility and flexibility is often overlooked. Change and innovation are almost always cast in a positive light. No one talks about their dirty little secret: Most attempts at change and innovation fail. Always have. Always will.

We don’t hear much about these failures because there’s no market for motivational speakers or authors who chronicle a long list of failures. Instead, all we hear about are stories of folks who bet the farm, burned the boats or otherwise went out on a limb and succeeded spectacularly. (Which, by the way, tends to leave the rest of us wondering, “What’s wrong with me?” after we go out on a limb and the limb breaks off.)

From Outreach Magazine  Netherlands: If Here, Then Anywhere? Bethel Church

This is not to say that change and innovation are too risky to try. Nothing could be further from the truth. It’s just to say that the possibility of failure (and a plan for how to deal with it) should be baked into every attempt at significant change or innovation.

So how can we balance the need for change and innovation with the reality that most attempts won’t work out so well?

The answer is quite simple: Never implement a significant change or innovation until you have an exit strategy in place. That’s not a lack of faith or commitment. It’s common sense. When it comes to leadership in a fallen world, our exit strategies are always going to be just as important as our implementation strategies.

Here are four things to keep in mind as you lead your church or ministry through any significant change or innovation. They will allow you to enjoy the benefits of quick implementation without losing credibility if things don’t work out so well.

1. Use the language of experimentation.

Whenever possible, use the language of experimentation. “Try” things instead of “changing” things. Words are important. Change stirs up resistance. Experiments stir up interest. People who fiercely resist a change will often stand by to watch an experiment.

Experiments provide you with lots of wiggle room. People expect that experiments and trial runs will need midcourse corrections. No one is shocked if they fail. And when they fail, the cost in lost trust and credibility is essentially zero.

Contrast that with what happens when a new initiative or major change is oversold or overhyped. The harder you push and sell, the more position papers you write and distribute, the less wiggle room you’ll have.

Unfortunately, this is a hard concept for many leaders and organizations to grasp. Once we’ve decided to move forward with a major change or initiative, our natural impulse is to immediately move into sales mode. We use the language of persuasion. We try to convince the unconvinced, treating naysayers as obstacles to overcome. We become obsessed with proving we’re right.

As a result, we tend to see any hint of compromise or retreat as a sign of weakness rather than a sign of wisdom. And when that happens, we’ve effectively backed ourselves into a corner. There’s no way out.

The language of experimentation provides exactly what unproven and untested ideas need most: plenty of room for midcourse correction—and sometimes, an escape hatch for bailing out altogether.

Remember, a failed change equals a failed leader. But a failed experiment equals a brilliant scientist.

Nothing ever goes as planned.

Even the apostle Paul had to make midcourse corrections. This is a guy who knew God well enough to write a large portion of the Bible. Yet, in Acts 16:6-10 we find the story of one of his mission trips gone haywire. Paul had a plan, but his plan kept running into roadblocks. His itinerary ended up being completely rewritten. Nothing worked as planned.

It’s the same with our plans. We need them. But they are best made in pencil. And this is especially true when it comes to our plans for change or innovation. We don’t really know how something will work until it hits the real world. Only then do we know what we have on our hands. Until then, it’s just a concept or a theory.