From there Paul dives right into the details of Jesus’ arrest, crucifixion, burial and, of course, the main event:

“But God raised him from the dead, and for many days he was seen by those who had traveled with him from Galilee to Jerusalem. They are now his witnesses to our people.” (Acts 13:30-31)

Then he connects the dots:

“We tell you the good news: What God promised our ancestors he has fulfilled for us, their children, by raising up Jesus.” (Acts 13:32)

But he’s not finished. Diving back into the Jewish Scriptures, Paul quotes from the second psalm. He makes application to Jesus and then wraps it all up with a warning from the prophet Habakkuk.

But his point is unmistakably clear and no doubt offensive to some in the room.

“Therefore, my friends, I want you to know that through Jesus the forgiveness of sins is proclaimed to you. Through him everyone who believes is set free from every sin, a justification you were not able to obtain under the law of Moses.” (vs. 38–39)

Translated: Jesus did what Moses couldn’t.

Paul’s message to his Jewish audience is similar to Peter’s in Acts 2. Paul, like Peter, knew when it was appropriate to leverage “the Scripture teaches” and when to leverage something else.

Exhibit D: Paul and the Gentiles

While Paul’s pedigree made him a formidable opponent for Jews intent on discrediting the Jesus movement, Jews were not his primary audience. Paul was called to take the gospel to Gentiles. The majority of Acts is dedicated to Paul’s missionary endeavors throughout the Mediterranean basin. During one of these trips, Paul took the opportunity to preach to a gathering of educated upper-class Greeks. Fortunately for us, his traveling companion Luke documented what took place.

In Acts 17, we find Paul waiting in Athens for the arrival of Timothy and Silas. While wandering through town, he couldn’t help but notice the place was full of idols. This eventually led to a heated debate with a group of Epicurean and Stoic philosophers who were confounded by Paul’s insistence that … ready for this … someone had risen from the dead (Acts 17:18). As a result they brought Paul to the Areopagus and gave him an opportunity to make his case, which, of course, he was more than happy to do. But his message in Athens is nothing like his message in Antioch. He doesn’t start with the story of the Jewish exodus. He begins by complimenting his audience on their interest in the gods.

Not only does he choose not to mention the Jewish exodus, he chooses not to quote from the book of Exodus. Specifically:

“You shall not make for yourself an image in the form of anything in heaven above or on the earth beneath or in the waters below.” (Exodus 20:4)

How did he resist?

If his goal had been to be right or to make a point, he wouldn’t have resisted. He would have just preached the Word. But Paul wasn’t there to be right or merely make a point. His goal was to “win” some and “save” some. So he chose not to quote from the Scriptures. He quoted one of their poets instead. Rather than assuring them their gods didn’t exist, he chose to talk about the God they missed. He referenced an altar dedicated to an unknown god. This was the ancient Athenian way of playing it safe. You know, just in case they missed one. Did your mom ever set an extra place at the dinner table in case someone dropped by? Same idea.

At this point in his message, Paul employs an unusual preaching technique. I’ve been using it for years. Just about every time I do, I’m criticized by Christians outside our churches. But I learned it from Paul. My latest attempt is in part one of the series I referenced earlier, Who Needs God?

So what is this unorthodox approach Paul models for us?

Paul does two more unusual things in this message. He tells the Athenians they need to repent of their idolatry. But that’s it. He doesn’t reference all the other things they needed to repent of. And the list was long. But the most unusual facet of his message to this elite group in Athens is that he never mentions Jesus.

Don’t move by that too quickly. And don’t resort to, “Well, Luke may have left that part out.” That’s ridiculous. If you hold to the doctrine of inerrancy, that’s the equivalent of blaming the Holy Spirit for leaving it out.

Paul references Jesus in his message. He just doesn’t bother to identify him.

“For he has set a day when he will judge the world with justice by the man he has appointed. He has given proof of this to everyone by raising him from the dead.” (Acts 17:31)

According to Luke, that’s how the message concluded.

He left his audience hanging.

You should try that.

When they heard about the resurrection of the dead, some of them sneered, but others said, “We want to hear you again on this subject.”

What do you know! A two-part series.

At that, Paul left the Council. Some of the people became followers of Paul and believed. (Acts 17:33-34)

To say Paul’s approach to the Gentiles in Athens differed from his approach to the Jews in Pisidian Antioch would be the understatement of understatements. But his central message was the same. God has done something in the world on behalf of all humankind. He has punctuated and authenticated this great work by raising someone from the dead! “Come back for part 2 and I’ll tell you his name.”

While my approach to preaching is not traditional, hopefully I’ve convinced you it’s not original either. Now you know why I’m not willing to give it up. Now you understand why I want you to join me. We may be miles apart on the particulars of our theology, but that’s not an obstacle for me. Besides, if we don’t unite around what we have in common, the day will come when it no longer matters where we differ. The approach to preaching most of us saw modeled and, consequently, unwittingly inherited is perfectly designed for a culture that no longer exists. Fortunately, first-century church leaders have modeled the way forward. The real questions is, are we willing to follow their lead? Are we ready to acknowledge the new normal and adjust? If we genuinely care about the unchurched and the post-churched, we will. If we genuinely care, we will adopt the apostle Paul’s mantra: So that by all possible means I might save some.

From Outreach Magazine  ‘I Don't Know and I Don’t Care’: The Rise of Apatheism

Here’s a question I ask church leaders every time I get the opportunity.

What is the faith of the next generation worth?

So will you consider retooling in order to win some and save some? Are you willing to take a long, hard look at everything you’re currently doing through the eyes of the post-Christian? Are you ready to be a student rather than a critic? We don’t have time for tribes. We don’t have time for the petty disagreements that only those inside our social media circles understand or care about. We’re losing ground. The most counterproductive thing we can do is criticize and refuse to learn from one another. So come on. If you believe in the bodily resurrection of Jesus Christ, that’s all I need to know. And in light of what’s at stake, in light of who is at stake, perhaps that’s all you need to know as well.

Communicator, author and pastor Andy Stanley founded Atlanta-based North Point Ministries (a 2016 Outreach 100 church, No. 37 fastest growing and No. 1 largest) in 1995. Today, North Point consists of six churches in the Atlanta area and a network of 30 churches around the globe that collectively serve nearly 70,000 people weekly.

As host of Your Move with Andy Stanley, which delivers over five million messages each month through television and podcasts, and author of more than 20 books, including The New Rules for Love, Sex and Dating; Ask It; How to Be Rich; Deep and Wide; Visioneering; and Next Generation Leader, he is considered one of the most influential pastors in America.

Andy and his wife, Sandra, have three grown children and live near Atlanta.

Thomas Horrocks is the pastor of Stoneybrook Community Church of God in Bloomington, Indiana, and a commissioned minister of the Church of God, Anderson, Indiana. 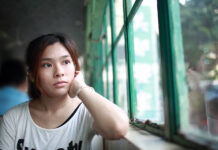 Are You Called to Ministry? 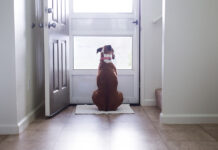 How to Wait on the Goodness of God