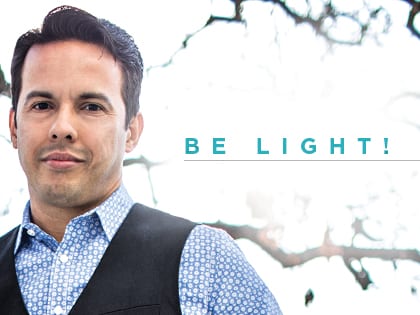 “We are called to one faith, one mission, one hope, one light and one touch.”

It was the disciple Peter who uttered the words, “You are the one, the Messiah, the Christ.” It was his declaration that provoked Christ to declare that there would be a church, built on the truth of Peter’s declaration, and that the gates of hell would not prevail against it. In essence Jesus said, let there be a church, the ekklesia, and so there was.

Everything God created declares his glory. God’s glory and God’s light are synonymous, thus all that God creates reveals his light. When God builds his church he builds it to reveal, possess and declare his light. We hold this faith, the faith that his light is ours and is our clear priority.

Our one faith is not like any other faith. Our faith is transparent, transcendent and transformational. Our faith teaches us to cross over obstacles, to shout down walls, to break through crowds and to walk on water in the midst of life’s storms. Our faith enables us to survive the fires of life and overcome the den of lions. Our faith silences the serpent and outwits the fox. Our faith empowers us to see the invisible, to embrace the impossible and hope for the incredible.

From Outreach Magazine  What Sociology Can Teach Us About Church Planting

It is this one faith, one Lord and one mission that empowers us to break through the minutia of relativism, compromise and comfortable Christianity, and engage in one touch—the touch of Christ, which gives us power that comes from his glorious light, which can and will change the world. In essence we touch him and he empowers us to touch the world.

We are called to one faith, one mission, one hope, one light and one touch. The church is called bring people to faith, to follow his mission, to spread his hope and to be his light so that others can experience the touch of the Master. The church must know who Christ is in order for the world to know who Christ is. He is the Son of the living God.

Through the church God has the ability to heal one generation and touch the next generation. We live in a time when the world is sick and dying, stricken by sin, where moral relativism, immorality and spiritual apathy are commonplace. Yet in the midst of this unprecedented spiritual pandemic, there exists good news: Jesus still saves, Jesus still delivers, Jesus still heals and Jesus is coming again.

This feature is excerpted from his recently released book, Be Light: Shining God’s Beauty, Truth and Hope Into a Darkened World (Waterbrook). Copyright © 2016. Used by permission.