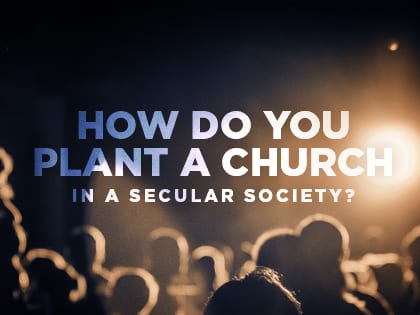 Ed Stetzer: How do you plant churches in a secular society?

How do you plant churches in a secular society? In part, you have to find out what type of secular people are in your community. Then, you discover which church planting approach is best to reach them.

In a secular milieu, even an elementary knowledge of Christianity, “its history, teachings, sacred texts and formative figures” dwindles. It is no longer a matter of rejecting Christian teachings; large numbers of people have not the vaguest knowledge of what those teachings are. This is a remarkable development when one considers how foundational Christianity is to the entire story of Western culture.

The more widespread the ignorance of Christianity, the greater the prejudice against Christianity. Thus people who do not know the difference between Saul of Tarsus and John Calvin are quite certain that Christianity has been tried and convicted as a religion of oppression. When such people do get interested in religion or “spirituality” … they frequently turn not to Christianity but to “alternative religions.” In this cultural circumstance, it is not easy to communicate the Christian message.

Around the same time, David Wells wrote the following in a journal piece, “This Unique Moment: The Changing of the Guard and What It Means For Christians Today”:

God has been evacuated from the center of our collective life, pushed to the edges of our public square to become an irrelevance to how our world does its business. Marxism rested on a theoretical atheism; our secularized world rests on a practical atheism in the public domain, though one that coexists with private religiosity.

Writings like these sounded alarms that led many to feel the demise of Christianity was imminent and that interest in spiritual things would soon fall off a cliff.