Home Features The Millennial Leader: It’s All About Team 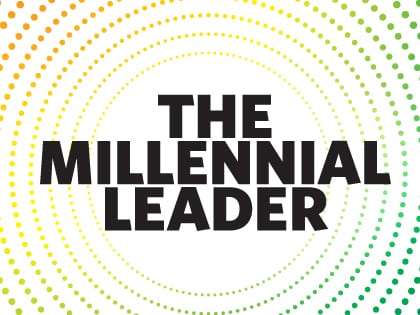 “If you want this generation to follow, you have to become a teaming leader.”

If you asked a youth pastor 25 years ago what his senior pastor was really like, he might have said, “He’s great, very successful, the church is growing and he is really a good preacher.” Today, ask the same question of a satisfied church staff member and you will likely hear something quite different. More likely: “He’s so approachable, authentic and a real team player.”

Times have changed, and so has what a younger generation looks for in a leader. But how do those changes affect the way you choose to lead the church and your church staff, in particular the younger members of it? And, what would your team say about the way you lead? “Good preacher” or “great team player”?

According to research on the millennial generation and the way they work, this emerging generation now entering the workplace, also referred to as generation Y, the echo boom and other names, consist of some 76 million. They comprise the fastest-growing segment of the workforce in the church and everywhere else. With that in mind what do pastors and leaders need to know about working with and leading this group? Just what kind of leader are they most prone to follow?

To start with, millennials don’t respond to just any leader or leadership approach. Have you noticed? They function best with what I call “teaming leaders.” In a real sense, millennials require not just a leader, but a certain kind of leader. They are increasingly more interested not in just what the leader is accomplishing, but the ways in which they are doing so. The interests and influences of a younger generation in churches, communities and even the world of commerce are exposing two very different approaches to leadership today: (1) top-down leaders and (2) teaming leaders. While top-down (or hierarchical) leaders are one-dimensional and too often power-driven, teaming leaders are more multidimensional and empowering.

Which type of leader are you? You may wonder, but your staff doesn’t.

Teaming leaders are the kind of leaders millennials respond to the best. But teaming leadership is not just a skill you learn, it is more of an art you develop. While it can be taught in principle, it is only engaged by practice. It is learned on the field of life and ministry amid real observation and interactions with millennials as well as other generations. It involves understanding people and not just how they work, but how they work best. In a word: together.

Moses may be the best example we have in the Bible of how to lead and how not to lead a team; the best of leaders and the worst of them, all wrapped up in one shining example. At a breaking point, Moses, encumbered with the overwhelming responsibilities of leading the Hebrew children out of Egypt and toward the Promised Land, was paid a visit by his father-in-law, Jethro. After observing the struggles of his son-in-law and his antiquated organizational style, he offered some fatherly and, in a real sense, progressive advice. Bottom line, Moses was taking on the task as a top-down leader and God was calling him to be a teaming leader instead.

After following Jethro’s advice, instead of judging matters and disputes as the lone arbiter, Moses selected and brought together a team of judges. This made “the task easier” and lightened his workload. As a result, the people were served and matters resolved more effectively and Moses was probably prevented from a heart attack or some other ministry breakdown. The man who would lead the Hebrew nation towards the promises, and Promised Land, of God was becoming a teaming leader.

The Five Practices of the Teaming Leader

Here are some vital characteristics of a person who is best prepared to lead millennials today:

In best case scenarios, this is grounded by the goal of authentic Biblical unity. Teaming leadership involves much more than just getting a job done in the church; it is about creating a culture in which communion, community and collaborations can occur within a context of worship.

From Outreach Magazine  Ravi Zacharias: A Legacy of Apologetics

In John 17 Jesus prayed for his team members: “I have given them the glory that you gave me, that they may be one as we are one—I in them and you in me—so that they may be brought to complete unity. Then the world will know that you sent me and have loved them even as you have loved me.” (17:22-23, NIV) Jesus was telling his disciples that doing God’s work was great, but doing it together would become something glorious.

2. Teaming leaders recognize a great team is more than just a group.

Just because you have a group of people who report to you or a staff you have hired does not make them a team. A true team, a biblical one, is an honoring circle that ultimately reflects the nature of the Trinity.

Pastor Rod Loy says, “Most churches know the language of teams. Very few churches actually function as teams. All the language can be deceptive. It can make you think true teamwork is actually happening.”

Teaming leaders shift their work environments from hierarchical values to interdependent ones. They draw circles of unity, not triangles of hierarchy. They don’t move people ahead by pushing other people around or down, they do so by drawing them in. For years, Jim Mellado, was the president of the Willow Creek Association and oversaw hundreds of churches. He says, “Teams are real messy at times because you have to influence and persuade; you can’t dictate.” Today, his humble approach to leadership has prepared him for a new role, as president and CEO of Compassion International.

Remember, millennials don’t just want to be on the team; they want to have a voice on it as well. Their preferred environment is one based on shared decision-making built upon highly developed collaborative skills.