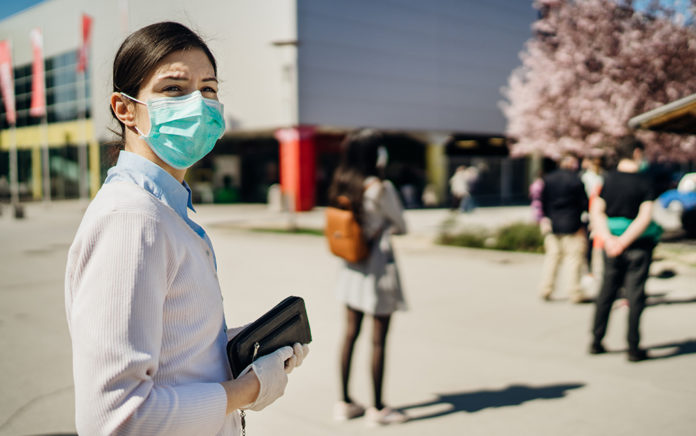 A new Pew Research Center survey finds that U.S. adults overwhelmingly say houses of worship should be required to follow the same rules about social distancing and large gatherings as other organizations or businesses in their local area. About eight in 10 Americans (79%) take this position, four times the share who think houses of […]

A new Pew Research Center survey finds that U.S. adults overwhelmingly say houses of worship should be required to follow the same rules about social distancing and large gatherings as other organizations or businesses in their local area. About eight in 10 Americans (79%) take this position, four times the share who think houses of worship should be allowed more flexibility than other kinds of establishments when it comes to rules about social distancing (19%).

Among U.S. Christians, about three-quarters say churches should be subject to the same rules as other businesses. Evangelical Protestants express the most support for giving houses of worship more flexibility, but even in this group, a 62% majority says houses of worship should be held to the same standards as other businesses and organizations. And while Democrats and those who lean toward the Democratic Party are substantially more likely than Republicans and Republican leaners to say houses of worship should be required to follow the same social distancing rules as other organizations, a two-thirds majority of Republicans also express this view.

In addition, amid reports that some clusters of the virus have been tied to religious gatherings, many Americans who regularly attend religious services express support for instituting a variety of restrictions and modifications at their own places of worship. At the time the survey was conducted (July 13 to 19), only 13% said their house of worship should be open to the public just as it was before the outbreak.

More than eight-in-ten attenders think their own congregation should either be closed altogether (28%) or open only on a modified basis (57%), with this latter group broadly endorsing precautions such as requiring people to stay six feet away from each other (51%), requiring masks (44%), limiting the number of people in attendance at any one time (41%) and limiting communal singing (29%).

These figures are largely in line with what religious attenders say is actually going on at their congregations. Just 6% say their congregation is open to the public in the same way it was before the coronavirus outbreak. A majority (55%) say that the house of worship they attend most often is open to the public for religious services on a modified basis as a result of the coronavirus outbreak, while three in 10 (31%) say their house of worship is closed altogether. Meanwhile, the vast majority of religious attenders (79%) say their house of worship is streaming or recording its religious services so people can watch online or on TV.

From Outreach Magazine  Spiritual Formation Through Failure and Perseverance

Majorities of regularly attending evangelical Protestants (75%) and Catholics (59%), along with 56% of mainline Protestants, say they feel safe attending church right now. Protestants in the historically Black tradition and Hispanic Catholics, meanwhile, are more evenly divided between those who are confident it is safe to return to in-person services and those who are not. (The survey included too few interviews with members of other religious groups who attend services regularly to permit separate analysis of their answers to these questions.)

The survey also finds broader racial and ethnic divisions on these and many other coronavirus-related questions. While nearly three-quarters of white Americans say they are confident they could safely attend in-person religious services right now, far fewer Black (49%) and Hispanic (51%) adults say the same.

But while the survey suggests that many people would feel comfortable going, far fewer Americans—12% of U.S. adults overall—say they actually have gone to services in person in the last month (meaning the month preceding the survey, which was conducted in mid-July). Even among those who say they attend services at least monthly in more normal times, just one-third report that they attended in person during the month preceding the survey, but a far larger share (72%) say they have watched religious services online or on TV in the last month.

From Outreach Magazine  Try This: Serve First-Responders on Labor Day

Evangelical Protestants are more likely than members of other Christian traditions to say they recently have attended in-person religious services. But still, among evangelicals who typically attend, fewer than half (44%) say they have gone recently, while far more (80%) are watching services virtually.

The coronavirus outbreak also does not seem primed to usher in a permanent rise in virtual worship. In fact, among U.S. adults who recently watched religious services online or on TV, a larger share say that they intend to watch virtual services less often (28%) rather than more often (19%) after the pandemic passes. About half (53%) say they will watch services online at about the same rate as they did before the pandemic.

These are among the key findings of a new Pew Research Center survey conducted July 13 to 19, 2020, among 10,211 U.S. adults on the Center’s online, nationally representative American Trends Panel. For more information on how the survey was conducted, see the Methodology. The margin of sampling error for the full sample of 10,211 respondents is plus or minus 1.5 percentage points.