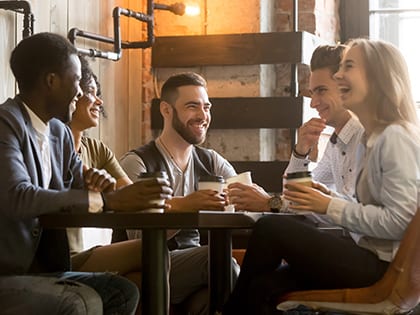 Pew Research: We recently asked a representative sample of more than 1,300 ‘nones’ why they choose not to identify with a religion.

A growing share of Americans are religiously unaffiliated. We recently asked a representative sample of more than 1,300 of these “nones” why they choose not to identify with a religion. Out of several options included in the survey, the most common reason they give is that they question a lot of religious teachings.

Six in 10 religiously unaffiliated Americans—adults who describe their religious identity as atheist, agnostic or “nothing in particular”—say the questioning of religious teachings is a very important reason for their lack of affiliation. The second-most-common reason is opposition to the positions taken by churches on social and political issues, cited by 49 percent of respondents (the survey asked about each of the six options separately). Smaller, but still substantial, shares say they dislike religious organizations (41 percent), don’t believe in God (37 percent), consider religion irrelevant to them (36 percent) or dislike religious leaders (34 percent).

Those who identify as atheist, agnostic or “nothing in particular” tend to give different reasons for their lack of affiliation, showing that “nones” are far from a monolithic group. For example, about nine-in-ten self-described atheists (89 percent) say their lack of belief in God is a very important reason for their religious identity, compared with 37 percent of agnostics and 21 percent of those in the “nothing in particular” category. Atheists also are more likely than other “nones” to say religion is simply “irrelevant” to them (63 percent of atheists vs. 40 percent of agnostics and 26 percent of adults with no particular religion).

There are major differences among the three unaffiliated subgroups on this question as well. Three-quarters of atheists say the most important reason they are atheist is that they don’t believe in God. Far fewer agnostics (17 percent) and people in the “nothing in particular” group (8 percent) say this.

Among self-described agnostics, the most important reason cited for being agnostic is the questioning of a lot of religious teachings (38 percent).

People who identify as “nothing in particular” give a variety of responses when asked about their most important reason for not affiliating with a religion – and no single reason predominates. A quarter say the most important reason is that they question a lot of religious teachings, 21 percent say they dislike the positions churches take on social and political issues, and 28 percent say none of the reasons offered are very important.