For my whole life, I’ve been hard-wired to win.

By the time I was a junior in college, I’d achieved a lot of that dream. It was 2008 and I was quarterback for the University of Texas Longhorns. We were ranked No. 1 in several polls. We went through a long stretch of the season where we beat some of the best college football teams in the country.

Then we came to a big game that would likely determine whether we would go to the BCS National Championship or not. It was toward the end of a tough stretch of conference games, we were up against Texas Tech, and both sides fought hard all game long. Finally, with the clock ticking, we scored to take the lead, 33-32. There were 89 seconds left in the game. We kicked off to Tech, and they threw two long throws down the field. They ended up scoring on the last play of the game. I couldn’t believe it! One second stood on the clock. We lost the game and didn’t go to the National Championship.

Then came the Heisman. The Heisman is the longest-standing award and one of the most prestigious in college football. The award is voted upon strictly by media members. Winning the Heisman is like being voted college football’s most valuable player. I’d won other awards, lots of them, including being a consensus All-American for two years (meaning the Associated Press had voted me best college quarterback two years in a row). But in the back of my mind, I thought that for myself and for my teammates it would be an amazing honor to win the Heisman.

That same year, as a junior, I went to the Heisman award ceremonies in New York City. I was up against two other players: Sam Bradford, the accurate and very successful quarterback from Oklahoma, and Tim Tebow, Florida’s quarterback who had won the Heisman the year before. All three of us had had strong seasons. Any of us could emerge the victor.

When the ballots were counted, Tim came in third, Sam won the Heisman, and I came in second. Being runner-up for the Heisman might sound good, but it was actually a huge disappointment to me. It’s hard to fully explain, but ask yourself this: Who lost last year’s Super Bowl? Can you remember the team that didn’t win? That’s what it felt for me to be runner-up for the Heisman—not good enough. I was just as disappointed for my teammates and coaches and fans as I was for myself.

So the stakes were really raised in 2009. I decided to come back for my senior year after a couple of weeks of seriously contemplating entering the NFL draft. I was well within reach of one last shot at winning the Heisman, and more importantly, my team had one last shot at winning the National Championship. My final year as a college player would be my last chance to achieve what I’d been working toward all my life.

Matt began to disciple me just before the start of that year. We met almost every week in his office, poring through Scriptures together and praying. The things I was telling Matt about myself felt kind of trivial at first. My “problems” were nothing compared to his having cancer. I wasn’t dying of a life-threatening disease. I just wasn’t winning how I wanted to win. But Matt showed me that the level of difficulty a person faces isn’t the issue. Everybody encounters problems in life in the pursuit of his goals, and the problems are valid to each person. No matter what difficulty you’re facing, God wants you to trust him through it.

For me, that proved easier said than done. I’d say, “Oh yeah, Matt, I know I need to trust in God.” But then when something bad happened, I’d still get frustrated because God wasn’t blessing me in the way I thought I needed to be blessed.

From Outreach Magazine  7 Ways to Keep an Outward Focus

I took Matt’s words to heart. I didn’t need to give up my quest to win. In fact, the verse that he was alluding to—Colossians 3:23—had been my favorite verse for years. As a matter of fact, I put that verse under my name every time I sign my name for an autograph. It says, “Whatever you do, work heartily, as for the Lord and not for men” (ESV). In light of this verse, every day I showed up for practice, every game I played, I was going to do everything I could physically, mentally, and spiritually with the gifts God has given me, and yet still remember that my life was in God’s hands, regardless of what came about. I still live that way today.

But it was awhile before my decision to fully trust God took hold. At one point Matt asked me directly, “Colt, you always point to the sky and give God glory when you throw a touchdown or your team wins. But have you come to the place where, if you don’t achieve your goals, you can still point your index finger up at heaven and say, ‘God, I trust you’?”

I wanted to do this. I truly did. But I wasn’t sure if I was genuinely there yet.

I had yet to be tested. 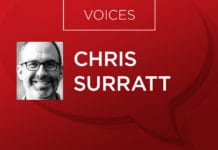 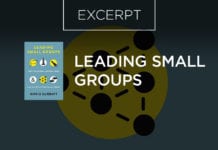 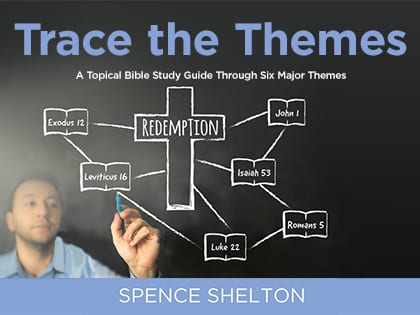 Zondervan Offers a Free Study on the Themes of the Bible