Home Books Science The 5 Most Popular Myths About the Brain 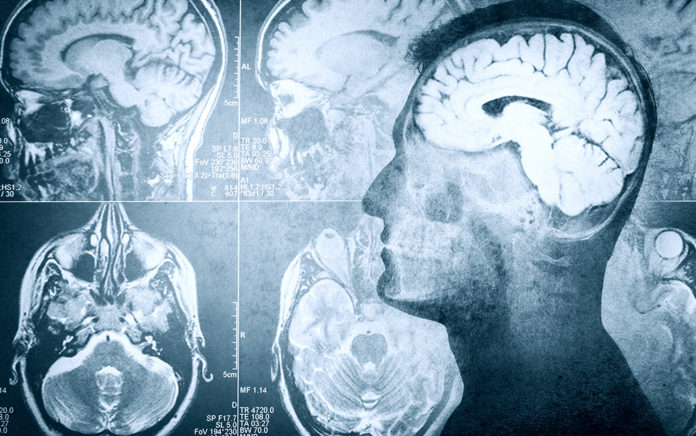 These days, talk about brains fills magazine articles, PBS specials, radio programs and popular journals. A growing number of fields of study see a focus on the brain as the key to understanding everything else in their purview. The benefits of our knowledge of the brain to human health have been enormous, and the future […]

These days, talk about brains fills magazine articles, PBS specials, radio programs and popular journals. A growing number of fields of study see a focus on the brain as the key to understanding everything else in their purview. The benefits of our knowledge of the brain to human health have been enormous, and the future looks even more promising. Along with the real and important insights being gained through the science, however, many popular misconceptions have emerged that undermine a biblical view of persons. In this short piece we will turn a critical eye toward some of the most popular myths permeating the modern mindset.

Myth #1: Brain science shows us there are no souls.

When I was an undergraduate student, my introductory psychology professor did his best to convince us that modern science shows there is nothing more to human nature than the physical. Just as we no longer blame capricious deities for droughts, floods, volcanoes and incurable diseases, we have likewise eliminated any role for souls to play in our understanding of human nature. Therefore, he taught us, there is no longer any excuse for maintaining belief in anything spiritual. You are nothing but a body; science has crowded the soul out of the picture. But is this true?

Several clever arguments have been devised in an effort to show that souls and bodies could never interact, ranging from objections rooted in conservation laws of physics to the insistence that the immaterial and material are too different to causally affect each other. The issues here are complicated, but none of these arguments succeeds in showing that mind-body causation cannot happen. In fact, the close connection between mental states and brain states has been known for millennia. Nothing in the new science is incompatible with the traditional orthodox Christian view of human nature as an integrated union of both body and spirit.

Myth #2: We have now unlocked the mysteries of consciousness.

One of the most fascinating areas of the new science of the brain comes from the sophisticated imaging and modeling now possible through CT and PET scans, SPECT cameras, MRI and functional MRI (fMRI) imaging, EEGs and more. These remarkable technologies enable us to get incredible detail and insight into how the brain functions and have yielded countless benefits to medicine and neuroscience.

To hear people talk, the result of all this progress is that we have finally unlocked the mysteries of consciousness. Again, however, we are up against another myth. The technologies are impressive, but they all deal with the relatively easy task of illuminating the structure and operations of the brain and central nervous system (CNS). They do not, however, explain how these structures could produce first-person conscious experience. As Australian philosopher David Chalmers puts it, “The explanation of consciousness is not just a matter of explaining structure and function. … Why should all this structure and function give rise to experience? The story about the physical process does not say.” Despite the incredible pace of discovery surrounding the brain’s configuration, we are no nearer now than ever to elucidating how these structures could possibly be connected to consciousness.

Myth #3: Religious experience is all in the head.

Countless studies have been carried out in recent years in which subjects are observed during periods of intense “religious experiences,” using some of the technologies we mentioned above. These experiences might be Buddhist monks meditating on their unity with all things, or maybe Carmelite nuns praying through the rosary. Some scientists have induced experiences through mechanical or chemical means that have a strong similarity to reports of encounters with the divine recorded in sacred writings around the world. On the basis of these observations we are told that belief in God, and reports of encounters with God, are due to nothing more than peculiar patterns of activities in our brains. As such, those experiences do not correspond to an external reality but only consist of a certain kind of activity within the closed system of the body.

If we believe that we were created by God as integrated unities of body and soul, however, it is not surprising at all that the brain would be involved when we really encounter the Lord. Nor is it surprising that similar experiences can be manufactured by copying those brain states. If we could create artificial perceptual experiences that were indistinguishable by the subject from true experiences of external objects, like hearing music or seeing spiders on the wall, would it follow that there really are no spiders and there really is no music? Of course not. Besides that, much of what Christians think of as encounters with God are much quieter. Gentle leadings of the Lord, conviction of the Spirit, being moved to pray or worship God, and having a sense of the Lord’s presence are nothing like the dramatic experiences studied by these scientists, but they are much more representative of everyday Christian life.

Myth #4: The evolutionary history of the brain explains religious beliefs.

Countless theories have been circulated in recent years that purport to explain why there is a nearly universal religious dimension to human life. In general, these accounts try to show how religious beliefs promote survival, perhaps through improving group cohesion and allegiance, or maybe by increasing fitness and sexual attractiveness. Or they could be the indirect result of an overactive tendency to attribute minds to objects in nature to avoid falling prey to enemies and predators. What they have in common is the conclusion that survival needs and evolutionary processes fully explain away the human religious propensity.

But if God exists and is the creator of human nature, it is not at all surprising that we would naturally believe in him. More to the point, it is not at all surprising that there would be naturally occurring antecedents that serve to generate religious beliefs and create an environment friendly to their development. As philosopher Peter van Inwagen puts it, “Why shouldn’t he allow those [natural] features to be the cause of the thing he wants?—rather as the human designer of a vehicle might use the waste heat from its engine to keep its passengers warm.” Secular cognitive scientists say that religious belief is natural but improper. Christians say it is both natural and proper. The data is completely consistent with the Christian witness and dovetails nicely with what we would expect if God made us to know him.

Myth #5: We can trust that evolution gave us reliable brains.

Scientists who hold to a naturalistic worldview believe they have discovered important truths about the origin, structure and function of our brains. That is, they use their brains to draw conclusions about their brains, which requires the assumption that their brains are up for the task. On a naturalistic evolutionary view of human origins, however, such an assumption is highly suspect. The processes of evolution are indifferent to truth, however. Their only concerns (if they have any at all) are survival and reproduction, and false beliefs could serve those ends just as easily as true beliefs.

Thus the naturalist is stuck in a vicious circle of justification: Their brains are the means through which they form the conclusions they assert so confidently, but if those conclusions are true there is no reason to trust those very brains in the first place. If, however, we believe that human nature is the result of a divine design plan, and that God in his goodness has endowed us with faculties that enable us to come to the truth about ourselves and the world we live in, we have a clear advantage over the naturalist.

The brain is an astonishing organ, and we have made amazing progress in understanding its structure and function. Despite the bluster, however, none of the things we’ve learned do anything at all to undermine a biblical perspective on human nature and Christian belief. The Word became flesh and dwelled among us, and we are also spiritual beings made to know God. We can continue to boldly proclaim the Incarnation, the Resurrection and the life to come with full confidence that our witness is in no way undermined by the fascinating science of the brain.