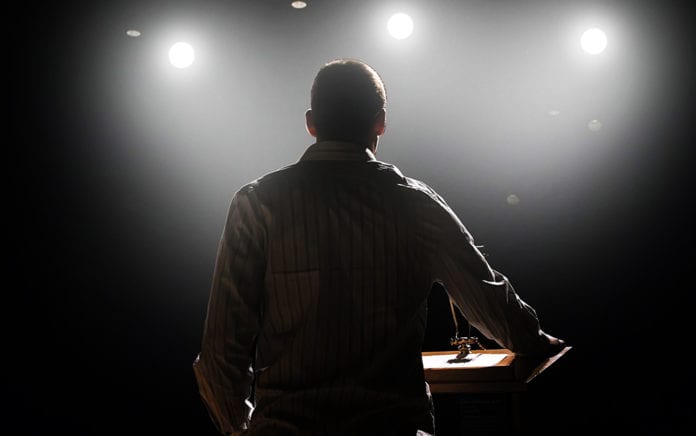 Beware of these three leadership killers that masquerade as success.

If we want to eliminate distractions, we should start by naming them. So, let’s get specific about three distractions—three villains of leadership.

THE APPEARANCE OF SUCCESS

The appearance of success is a doozy of a distraction, because it’s so deceptive. It wants you to believe it’s the goal, not a byproduct. It wants you to see it as the end in itself, instead of the midway point that it is. I mean, shouldn’t we want to be successful? Of course! Heck, I want to be successful. We all do. And we should. But we’re not talking about being successful; rather, this is about the appearance of success.

I’ve purchased things that on my computer screen looked like they were covered in high-quality leather, and I imagined them smelling like intelligence and royalty. A few days later, the real thing showed up smelling like bad decisions and spilled gasoline fumes from some grimy warehouse. Some things look great until you get up close and take another look. Sometimes silver is actually just sexy tinfoil. Not everything that glitters is gold.

And so it is with success.

But maintaining appearances isn’t something we do only on social media. For thousands of years people have dressed their careers up with job titles that make them sound more important than they are. People use credit to purchase things to make it look like they are pulling in a high-roller salary.

And the ironic thing is, you probably are fairly successful. You might even be highly successful. But when maintaining that appearance of success becomes your full-time job, you’re in trouble. Here’s why this is so dangerous: If we’re not careful, we’ll let the external noise of success distract us from focusing on the internal work that will lead us to growth.

But here’s a question every one of us needs to wrestle to the ground: If the game isn’t ultimately about appearing successful, are you willing to lose all that in order to win? In other words, would you be willing to allow some of the veneer of your success to fade, to get real and honest about yourself, your faults, your fears, your weaknesses, and places where you are emotionally unhealthy in order to heal and grow as a leader?

Don’t spend the precious years of your leadership life peacocking for others. The applause will fade, and you’ll have little to show for it all. Instead, spend your days becoming a leader worth following—the sort of leader whose influence doesn’t wane when external pressures and distractions bombard them.

So, what happens when a leader is distracted by the appearance of success? I’m reminded of those moving sidewalks you see in airports. I love those things. When I’m in a rush and trying to catch my connecting flight while carrying two suitcases and three children and running down a long terminal building, I love to see that moving sidewalk.

Yet, nothing is more exasperating when I’m trying to get somewhere fast than that guy who has decided to just stand on the path with his luggage strewn around him. I want to shout, “You’re missing the point! These things are there to help you get where you want to go faster, not to move you forward at a snail’s pace as you relax and check Twitter!”

Those moving sidewalks remind me of what happens to leaders who have been distracted by the appearance of success.

They stand still and relax.

They’re technically moving forward and seem like they’re moving toward their goals. They appear successful. But they will quickly be passed by the leaders who are still putting in the hard work toward growth and development.

THE ALLURE OF PROGRESS

All this talk about moving forward is a perfect transition into the second villain of leadership—the allure of progress. We all know progress is addictive. It’s hardwired into us.

I live in a city with some of the worst traffic the world has ever seen. The average Atlanta driver spends 70.8 hours stuck in traffic every year. And I hate sitting in traffic. I know that doesn’t make me unique. I’m sure you hate it too. Sitting in traffic is the worst. And what I’ve noticed is that I will avoid this time waster at all costs. My disdain for being stationary manifests itself when I’m selecting my travel route. If I have a choice between a route where I’ll sit in traffic for any length of time and a route that avoids traffic but takes longer overall, I’ll choose the longer one simply so I can keep moving. Rather than taking the most direct route or the shortest route, I take the one that keeps me moving. I’ll go all over the map just to keep the wheels spinning.

We do the same thing in our leadership. Sometimes we’ll waste time spinning our wheels just to feel like we’re going somewhere, when actually all we’re doing is depleting our gas tank. We don’t want to wait. We like to see things passing by, some movement, to know that something—anything—is happening. So, we stack our calendars with meetings. We require that every minor decision get our approval. We gamble on risky ventures to feel like we’re doing something.

Do you know what that’s called? It’s the allure of progress. And it’s a dangerous distraction.

Progress is great. But lasting progress is something achieved over time, and it includes seasons of rest, practice and preparation. Some of the most successful people I know schedule dedicated “thinking time” into their calendars. They refuse to be distracted by the allure of progress. Stopping to think can feel like doing nothing. It can feel like a waste of time. But successful people know they need to slow down and work on what matters.

Something great leaders learn is that process can be more important than progress. Sometimes you must throw out the playbook and do things differently for the sake of progress. But there are also seasons of trusting the process, of working on the small stuff that matters to set you up for your next season of progress.

THE ATTRACTION OF CERTAINTY

The third villain of leadership is the attraction of certainty. I want to look like I know what I’m talking about, even when I don’t.

All of us want to provide answers and helpful guidance for the people we care about. I want to help my employees solve problems. I want to be a source of great ideas for my boss.

The attraction of certainty is a dangerous distraction to our leadership because it leads us to compromise our integrity. We all crave certainty in uncertain times, and leaders are prone to provide that certainty whether they have good reason to do so, or not. I’ve sat in meetings with people who have pulled numbers out of the air with a finger snap to argue their point. Were their numbers accurate? Not at all. But they wanted to appear certain, because certainty is attractive. If you can exude confidence, people will buy what you say.

But here’s why this brand of leadership is so poisonous. People will follow you while you wing it—for a while. But when your duplicity becomes known, you will lose credibility and sacrifice your integrity. People don’t follow leaders they can’t trust.

The alternative is simple, but it is not easy: authenticity.

Authentic leaders are comfortable letting others know they don’t have all the answers. When you become an authentic leader, you give up the need to always be right, to always have the answer to every problem. You are OK with saying, “I don’t know. Let’s figure this out together.” Admitting there are times when you’re uncertain is a mark of humility, and this willingness to be open and honest is what gives you the opportunity to lead. Leaders who admit their uncertainty by facing it and seeking solutions will end up leading others to find answers to their problems. I’d rather be a leader who acknowledges his uncertainty and leads someone else to find the right answer than a leader who fakes it and has the wrong answer.

Being authentic, honest and humble is not easy. It requires you to possess vulnerability and self-awareness, qualities some of us are not comfortable showing to others. But vulnerable leaders earn trust and increase their influence.