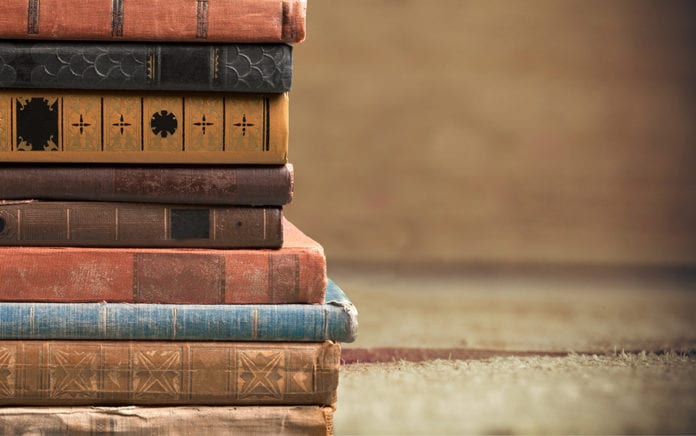 Each of these books has been instrumental in my development as a leader and has principles I return to frequently.

So you’re a reader, but which books can give you the unique insight you need to make sure not only that the organization you lead is healthy, but that you and your team stay healthy?

I get asked all the time from leaders what my top leadership books are.

I’ve put together my top picks.

These are the books that I may have read recently or years ago, but whose ideas have left deep marks on my life and leadership, years or even decades later.

Three quick notes before we get to the list.

First, I’m not claiming these are the top leadership books of all time. They’re simply the books that have most impacted me personally. So it’s totally subjective and you won’t see some of them on any other list of all-time great books. I know that. But still, these are gems I’d recommend everyone read.

Second, just because a well-known book isn’t on the list doesn’t mean it’s not important or that I haven’t read it. Of course, I haven’t read them all by any means, and there are many key books I have read that aren’t on the list. Again, this list contains the books that have most shaped me and that I would recommend.

Finally, the list is not in order—alphabetical or by priority. These are just 11 great reads.

Here we go. The top 11 leadership books and what I love about them:

HOW THE MIGHTY FALL JIM COLLINS

This is not Jim Collin’s best-known book, but it’s my favorite book he’s written.

How the Mighty Fall is a study of why once great companies collapse. Collins isolates five stages of decline and doom for once-great companies (including some of his Good to Great companies). The five markers are a chilling reminder of how success goes awry. Collin’s insights into the hubris born of success and the undisciplined pursuit of more are haunting and a great window into the soul and ego of everyone who leads anything.

For anyone who’s leading anything that’s growing or successful, this is a must-read.

This is Collin’s best-known book and for good reason. I can’t tell you how many times his concepts work their way into everyday leadership conversations I have with my team.

From “first who” to “confront the brutal facts’ to the “flywheel principle’ to “level 5 leadership’ and the defining role that humility plays in greatness, Collin’s insights have shaped me and the teams I lead deeply.

From Outreach Magazine  Why Plant Churches?

I’ve read pretty much all of Pat’s books, but this is my fave.

If you’re not familiar with Pat’s writings, this is a great place to start because it’s kind of a summary of all his previous work. And being a non-fiction guy, this is one book that doesn’t have a fable (which I appreciate—Pat says everyone else loves the fables, so I’m weird that way.)

I found the section on mission, vision and values to be game-changing.

This is now a classic from Harvard’s John Kotter that I picked up shortly after its release in 1996. And thank goodness.

I was a young church leader trying to lead some very traditional churches through change, and other than the scriptures, this was my guidebook. Kotter is brilliant on the psychology and dynamics of leading change.

This book was so impactful that I later wrote my own book on change called Leading Change Without Losing It, crediting Kotter and adapting some of his principles to the church/non-profit world.

Of course, there had to be a John Maxwell book on the list. Again, this isn’t his best-known work, but it’s an absolute must-read for anyone who wants to understand how influence works.

It’s a fascinating book because you can instantly recognize how you gain and lose influence as a leader, and what the next step is for you in your development. His framework also shows you why you find some people you work with compelling and others not compelling in their leadership.

Every once in a while your life flashes before your eyes when you read a book, and this was one of those books.

When I first read Predictable Success, I thought Les McKeown had been in every meeting and conversation I’d been in over the last 20 years.

Les outlines seven stages of growth and decline that organizations go through, and again, his framework (the fun stage, whitewater stage, treadmill stage) has worked its way into my everyday leadership vocabulary because it is so incredibly descriptive of the real-world dynamics of leading anything.

The first books on this list are leadership books for the organizational side of your leadership.

Now onto some that will shape you as a leader. Probably my fave topic.

So let’s start with Greg McKeown’s Essentialism. I love this little book. It was paradigm shift for me. McKeown deals with the problem of being overwhelmed in leadership in a very powerful and direct way.

Most leaders are running at 100 mph and McKeown shows you exactly why that’s so dangerous and how to stop leading that way.

My biggest takeaway? If it’s not a 9 out of 10, it’s a zero. It’s a key to the disciplined pursuit of less. Again, we talk about that concept all the time on our team. It’s become part of our decision-making framework. Hard to live by, but so worth it.

From Outreach Magazine  Finding Your Way Back to Joy

This perennial best seller is not overhyped. Read it. Then read it again. Begin with the end in mind has become axiomatic for a generation of leaders, but it’s still so rare. And read to the end to learn about sharpening the saw. So good.

This book was a game changer in 1995 when it was released, and it still is today.

It gives penetrating insight into self-awareness and will help you also see why so many people get stuck.

Hiring for EI has become part of the lexicon in leadership because of this book, and indeed, your emotional intelligence is one of the greatest predictors of your success in life and leadership.

This underground classic was recommended to me when I was recovering from burnout over a decade ago.

While its analogies are a bit dated, the principles are not. It opened up a new way of thinking for me about rest, self-care and what happens when you create space in your life.

In a world that’s only gotten busier and louder since Swenson wrote Margin, this book is even more essential today.

Oh, how I love this little book. Again, not one of his well-known works, The Genesee Diary is just what it suggests, Henri Nouwen’s diary from a six-month period in the 1970s.

Nouwen was a professor in NYC whose career was taking off. Caught up in success, ego and the trappings of advancement, he took a sabbatical at a Trappist monastery in Upstate New York to find his soul.

His diaries are refreshingly honest, peculiar and at times mundane, but in them, you see a man wrestling with God and God winning.

In many ways, what you find in this little book is the beginning of the man that would emerge from the struggle, a writer that generations of people who want to get closer to God would go on to love.

ENEMIES OF THE HEART ANDY STANLEY

So apparently I’m pretty good at putting relatively unknown books on my list.

Andy has written many books that have gone onto become widely read best sellers. This is one most leaders haven’t heard about.

I talk to leaders all the time who say they can’t really afford counseling. If that’s you, buy the book instead to get started.

It will move you through all the emotions and twisted craziness you feel when you encounter guilt, anger, greed and jealousy. I promise you if you read it and apply it, you will never struggle with those emotions in the same way again.