Home Resources Books Juggling the Daily Demands of a Pastor 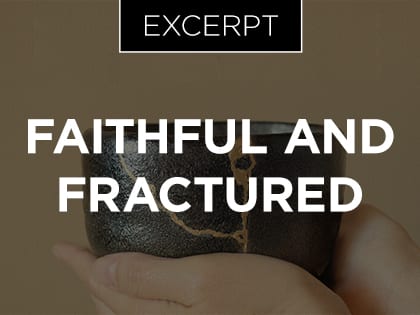 It’s eye-opening to consider all the small ways a pastor is involved in the life of the church. How can we find balance?

Ah, a day in the life of a pastor. Despite public perception, pastors do so much more than write and deliver Sunday’s sermon. You likely know this already, or else you wouldn’t have picked up this book. However, it’s worth taking a minute to examine the content of a pastor’s day, beyond its essential busyness.

The day is long. This particular pastor is writing a Facebook post during his first weeks at a new church, at the end of a twelve-hour workday (and you have to wonder, is posting about ministry life essentially doing more work?). This pastor broke bread while working, with both breakfast and lunch occurring during work meetings. It’s unclear whether he ever got a break during the day or was able to have dinner with his family, but let’s hope that he did. The one dozen phone calls suggest frequent interruptions and a lot of work with people. Working with the associate pastor suggests a supervisory relationship, indicating that this pastor needs to have managerial and delegation skills. But perhaps most notable is the range of activities that fall within a single day, from attracting new members to raising money to communicating using the web to—almost laughably—tweaking the sound system!

This pastor spent his day moving from one different task to another, quite likely at a pace set by others, with interruptions and with little opportunity to see a particular project or decision through to completion. This pastor also drew on diverse skill sets throughout the day. Studies have shown that toggling between tasks that involve different skill sets can result in a particular kind of stressor termed “task switching.” In fact, toggling from task to task can be harder on someone than doing the same very stressful task all day—because the very act of changing gears costs mental resources and can slow a person down and lead to errors.

This pastor had a very long day. He did not mention driving, but pastors who serve in rural areas often make long drives in order to do things like visit parishioners in hospitals. Also, this pastor did not mention preparing his sermon for Sunday, but I’m sure he thought about it and maybe even worried about it. As we heard in one clergy focus group, “Sunday always comes right on time”—even if you’re not ready for it!

From Outreach Magazine  Transgender Experiences and Identities in Christian Perspective

For this pastor, this particular day did not involve any crises, but it is quite in the nature of clergy work to require adjustment and readjustment as new priorities arise. Sometimes these new priorities mean performing a funeral during a full week when Sunday’s sermon isn’t ready yet. Other times, new priorities can come in the form of parishioners in crisis. Studies have shown that, among people in the United States seeking help for a serious mental illness, nearly a quarter approach clergy as their first line of professional support.

Even though this pastor’s day was lengthy, long hours in and of themselves do not seem to be a problem for the mental health of clergy. The weeks of Advent that lead into Christmas and the observances during Holy Week, leading into Easter, may be among the busiest times of the year for pastors, but pastors see work during those seasons as essential—core to their calling—and because they carry such great meaning, those times of the year are not the most stressful for clergy. In fact, in looking at our survey data, there was no relationship between the number of hours worked per week and depression or anxiety. Working long hours when one is energized in ministry is not necessarily a problem.

What does seem to be a problem is when pastors feel like they can’t ever take a break from ministry work or when they feel guilty for not doing enough. Our survey data give us an idea of how common these pressures are among clergy. Pastors working in poor areas, whether rural or urban, face extra pressure from the economic stagnation, resource-deprived schools and lack of hope for the future experienced by their parishioners. The gospel message works well in such circumstances, but the toll on pastors is real.

Consider also the numerous meetings each week for things like spiritual growth or building and maintaining the church. The pastor cannot possibly organize and attend all the events, and doing so might in fact undermine the church by undercutting the feeling of ownership of the members. Churches rely on parishioners—who are essentially unpaid volunteers—to conduct much of this work. The pastor has to notice who is good at what and develop the skills of volunteers. And the number of volunteers needed can be numerous: volunteers for the finance committee, building maintenance, hospitality events, childcare, helping the pastor develop a vision for the church and many other tasks. In one focus group I led, a second-career pastor who used to work for a large company emphasized how hard it is to lead volunteers and, more generally, to work within the organizational structure of the United Methodist Church.

“In many small churches, there’s a lot of stress. I came out of working in a company with a $7-million-dollar budget and a number of people that I was in charge of, and I did not have the pressure and stress that’s on me in the ministry of three churches. You just have a control in industry that you don’t have [in ministry]. If you had a disruptive individual that wasn’t a team player, you could fire him! Your CEO . . . was readily down the hall and available for discussion about problems. Now, he’s in Raleigh and he’s not available. Your district managers are tied up in paperwork and everything else and not able to come to the churches or to the locations where you need them to help relieve that stress.”

Pastors must be good leaders on small and large levels. They demonstrate leadership on a smaller level when they identify talented parishioners and work with them, and they demonstrate leadership on a larger level in where they choose to put their—and the church’s—energy. On both levels, pastors are highly visible, and their work and actions (even those unrelated to work) are often judged.

From Outreach Magazine  Easter: Someone Rejects the Gospel—Now What?