Home Resources Books Into the Night: The Mystic Way of Evangelism 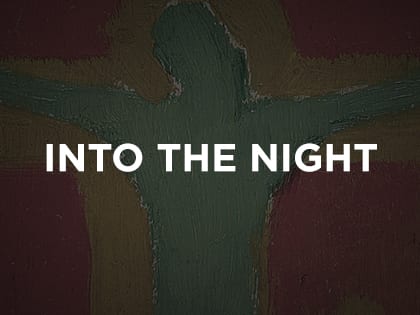 Elaine A. Heath: On the margins of society, the church will once again find its God-given voice to speak to the dominant culture in subversive ways, resisting the powers and principalities, standing against the seduction of the status quo.

A dark night of the soul is descending on the church in the United States.

The signs are everywhere: a steady decline in church membership, specially among mainline denominations; a striking increase in the percentage of Americans who do not attend church; dropping numbers of young adults preparing for ordained ministry; the loss of moral authority and credibility among clergy and churches due to widespread sex scandals and financial misconduct at the hands of clergy; and increasing hermeneutic of suspicion toward the church by the Internal Revenue Service; and other forms of distancing between American civic and religious life. With the growth of religious pluralism and spiritual syncretism in postmodern culture, the church’s historic primacy as America’s spiritual and moral compass continues to erode. As Philip Jenkins notes, while the church (especially Pentecostalism) is growing rapidly in the Southern and Eastern hemispheres, the era of Christendom in the United States is over.

Many Christians view the decline of Western Christendom with alarm, as if God had fallen from heaven. Enormous effort is put forth to launch church growth programs to shore up membership, increase giving and keep denominational ships afloat. But the history of God’s people is a history of life cycles, a history of clarity about call and identity, followed by complacence, followed by collusion with the powers, followed by catastrophic loss.

Contrary to being a disaster, the exilic experiences of loss and marginalization are what are needed to restore the church to its evangelistic place.

On the margins of society, the church will once again find its God-given voice to speak to the dominant culture in subversive ways, resisting the powers and principalities, standing against the seduction of the status quo. The church will once again become a prophetic, evangelistic, alternative community, offering to the world a model of life that is radically “other,” life-giving, loving, healing, liberating. This kind of community is not possible for the church of Christendom. Christendom opposes prophetic community with its upside-down power and its exposure of golden calves.

Thus Walter Brueggemann describes the declining Western church as the church in exile, comparing it to the Jews exiled in Babylon. The church’s exile is cultural rather than geographic, but holds the same kind of disorientation, anxiety, and intensity of grief over the glory having left the temple. Bruegemann disturbs us with the reminder, “In the end, it is God and not the Babylonians who terminated the Temple project.”

Ironically, to once again become evangelistic in the healthiest, most holistic sense, the church in America needs the “severe mercy” of great loss.

The dark night of the soul is precisely that—a divinely initiated process of loss—so that the accretions of the world, the flesh and the devil may be recognized and released. It is a process of detachment from disordered affections, a process of purgation and de-selfing. Though the dark night is perilous, with no guarantee of a good outcome, it holds the possibility of new beginnings. Out of the night the church could emerge into a dawn of new freedom and fidelity.

The dark night is here, even now. While the sun sets on Christendom in the West, the saints, mystics and martyrs beckon to the church as a great cloud of witnesses, calling us to transformation. The church will persevere through the night and emerge alive on the other side, not because of church programs, but because God’s love has kept it. But to get there, we need the wisdom of the mystics, the holy ones of God.

Adapted from The Mystic Way of Evangelism by Elaine A. Heath, copyright © 2017. Used by permission of Baker Academic, a division of Baker Publishing Group. All rights reserved. BakerPublishingGroup.com