Home Resources Books Strengths and Weaknesses of the Charismatic Movement 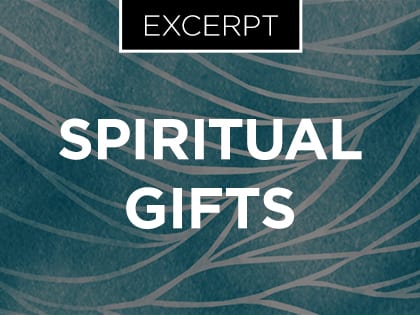 The charismatic movement has many strengths and also some weaknesses. Here are several from the perspective of J.I. Packer.

POSITIVE: WHAT WE CAN LEARN FROM CHARISMATICS

2. “Emotion Finding Expression. There is an emotional element in the makeup of each human individual, which calls to be expressed in any genuine appreciation and welcoming of another’s love, whether it be the love of a friend or a spouse or the love of God in Christ. Charismatics understand this, and their provision for exuberance of sight, sound and movement in corporate worship caters to it.” Right doctrine is important, but so is our experience with God. Sometimes we stress right thinking but neglect other dimensions of what it means to be human.

3. “Prayerfulness. Charismatics stress the need to cultivate an ardent, constant, wholehearted habit of prayer.” How crucial as Christians it is to be in communion with God, and charismatics remind us of our personal relationship with God.

4. “Every-Heart Involvement in the Worship of God. Charismatics … insist that all Christians must be personally active in the church’s worship.” Worship isn’t the exclusive province of leaders, and charismatics rightly stress every-member worship. The body as a whole ministers to itself, and charismatics capture this biblical truth.

5. “Missionary Zeal.” Charismatics long to see others converted and saved to the ends of the earth. The Pentecostal/charismatic movement is worldwide the largest Christian movement.

6. “Small-Group Ministry. Like John Wesley, who organized the Methodist Societies round the weekly class meeting of twelve members under their class leader, charismatics know the potential of group.” The usefulness of smaller group meetings has been recognized by believers, as small group ministry has expanded.

7. “Communal Living.” Charismatics extend the sense of family in churches.

8. “Joyfulness. At the risk of sounding naïve, Pollyannaish and smug, they insist that Christians should rejoice and praise God at all times and in all places, and their commitment to joy is often writ large on their faces, just as it shines bright in their behavior.” There is an openness to the Spirit and childlike trust, joy and humility, which is refreshing in this cynical world.

From Outreach Magazine  The World Is Asking Questions

9. Real Belief in Satan and the Demonic. Many Christians say they believe in Satan, but charismatics take the demonic seriously.

10. Real Belief in the Miraculous. We still believe that God can do miracles, but sometimes we live like Deists, as if God weren’t active at all in the world. Charismatics don’t make that mistake.

NEGATIVE: WEAKNESSES IN THE CHARISMATIC MOVEMENT

1. “Elitism. In any movement in which significant-seeming things go on, the sense of being a spiritual aristocracy, the feeling that ‘we are the people who really count,’ always threatens at gut level, and verbal disclaimers of this syndrome do not always suffice to keep it at bay.” Interestingly, this is the same problem we see in 1 Corinthians where those who spoke in tongues saw themselves as spiritually superior.

3. “Anti-intellectualism. Charismatic preoccupation with experience observably inhibits the long, hard theological and ethical reflection for which the New Testament letters so plainly calls.” The emphasis on emotions can slight and denigrate the importance of careful thought. Careful interpretation of Scripture and orthodox theology are too often ignored. In scholarly charismatic circles the inerrancy of Scripture is denied quite often, and in popular circles people may rely on revelations from God for their daily life, in effect denying the sufficiency of Scripture.

4. “Illuminism. Sincere but deluded claims to direct divine revelation have been made in the church since the days of the Colossians heretic(s) and the Gnosticizers whose defection called forth 1 John, and since Satan keeps pace with God, they will no doubt recur till the Lord returns. At this point the charismatic movement, with its stress on the Spirit’s personal leading and the revival of revelations via prophecy, is clearly vulnerable.” Some claim God speaks directly to them, and they aren’t open to any correction or questioning of such claims. The focus on contemporary revelation may compromise or even contradict the teaching of Scripture.

5. “Charismania. This is Edward D. O’Connor’s word for the habit of mind that measures spiritual health, growth, and maturity by the number and impressiveness of people’s gifts, and spiritual power by public charismatic manifestation.” In practice 1 Corinthians 13—where our spiritual life is measured by our love for others—may be ignored.

6. “Super-supernaturalism. Charismatic thinking tends to treat glossolalia in which the mind and tongue are deliberately and systematically disassociated, as the paradigm case of spiritual activity, and to expect all God’s work in and around his children to involve similar discontinuity with the ordinary regularities of the created world.” Most of life is lived in the ordinary. We don’t live miracle-a-minute lives. The most important moments in our lives are often invisible to others and even to us.

7. “Eudaemonism. I use this word for the belief that God means to spend our time in this fallen world feeling well and in a state of euphoria based on that fact. Charismatics might deprecate so stark a statement, but the regular and expected projection of euphoria from their platforms and pulpits, plus their standard theology of healing, show that the assumption is there.” Many charismatics (though not all!) throughout the Strengths and Weaknesses of the Charismatic Movement world espouse the health and wealth gospel, and it is clearly the most popular false gospel in the world. When we read the New Testament, it is apparent that God often calls upon his people to suffer, and the role of suffering in the Christian life is often neglected among charismatics.

8. “Demon Obsession.” Some see demons everywhere, and identify every sin with a demon. Also, the emphasis on “territorial spirits” in some circles is off-center and often quite speculative.

9. “Conformism. Peer pressure to perform (hands raised, hands outstretched, glossolalia, prophecy) is strong in charismatic circles.” People may feel compelled to have the same spiritual experiences, and we may measure how spiritual someone is by the emotions expressed or by physical movements.