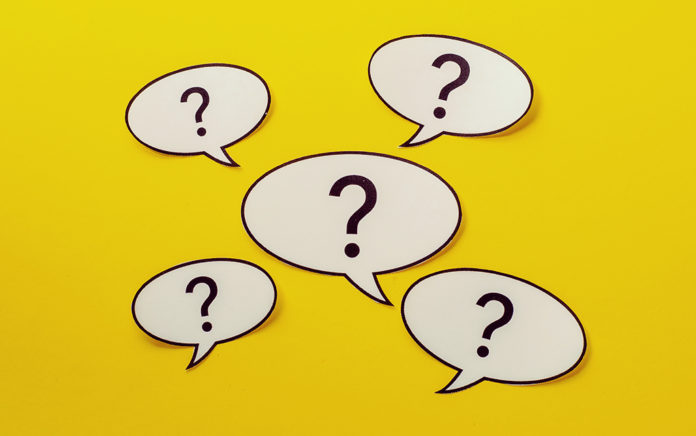 Is it loving to practice church discipline?

What is church discipline?

You might have noticed that “disciple” and “discipline” are related words. In the broadest sense, church discipline is one part of Christian discipleship. It involves teaching and correction. Not surprisingly, there’s a centuries-old practice of referring to “formative discipline” and “corrective discipline.” We form by teaching. We correct by pointing out error.

More narrowly, church discipline means correcting sin. The process begins with private warnings. It ends, when necessary, with removing someone from church membership and participation in the Lord’s Table for unrepentant sin—sin they refuse to let go of. Often, people use the words “church discipline” to refer especially to this last step, as when they say, “We disciplined Joe from the church,” meaning they removed Joe from membership in the church and the Table. They might also use the word “excommunication” (think ex-communion) to mean the same thing.

Church discipline is not about retribution or enacting justice. It’s redemptive. It’s meant to help the individual Christian and the congregation grow in godliness—in God-likeness. As Paul says, “deliver this man to Satan for the destruction of the flesh, so that his spirit may be saved” (1 Cor. 5:5).

Church discipline is painful, but often necessary, and should always be loving. In this addition to the 9Marks Church Questions series, Jonathan Leeman presents succinct biblical answers to various questions posited about the nature and application of church discipline.

Is church discipline in the Bible?

“If your brother sins against you, go and tell him his fault, between you and him alone. If he listens to you, you have gained your brother. But if he does not listen, take one or two others along with you, that every charge may be established by the evidence of two or three witnesses. If he refuses to listen to them, tell it to the church. And if he refuses to listen even to the church, let him be to you as a Gentile and a tax collector.” —Matthew 18:15–17

Notice Jesus wants to keep the matter as small as possible, but he’s also willing to take a matter to the whole church. After all, it’s the whole church that affirmed that person’s profession of faith when they brought him into membership. In a church, we all share in that mutual affirmation because we share a family name. We are responsible for one another, like different parts of the body.

Notice also that Jesus believes in due process. A matter must be established by two or three witnesses, just like in a Jewish court of law (Deut. 19:15). He doesn’t want false charges or mob justice to rule the church. He doesn’t want pastors standing up and offering their interpretations of people’s character. He only wants churches to act when the facts are generally agreed upon.

Still, Jesus’s words might seem startling. Didn’t he just tell us a few chapters earlier, “Judge not, that you be not judged” (Matt. 7:1)? The interesting thing is, Jesus told his disciples not to judge in the same breath that he told them not to cast their pearls before pigs and to recognize a tree by its fruits, both of which involve judgment (Matt. 7:6, 20). How do we put all this together? Apparently, Jesus does not want us to presume to act as someone’s final judge, but he does want us to exercise discernment in whom we fellowship with, particularly when it comes to membership in a church.

Paul teaches the same thing in 1 Corinthians 5. He confronts the Corinthian church about a member who is sleeping with his father’s wife (1 Cor. 5:1). The church already knows about the situation, but for some reason they are proud. Perhaps they think they are being loving and tolerant? Whatever the case may be, Paul replies that they should not be proud but instead should “let him who has done this be removed from among you” (1 Cor. 5:2).

From Outreach Magazine  Where Is the Front Line of God's Mission? Look out Your Window

Notice that Paul’s process looks a little different than Jesus’s. Jesus offered a four-step process: first the one, then the two or three, then the church, then the removal. Yet Paul tells the church to remove the man immediately. Why the difference between Jesus and Paul? Two reasons stand out. First, Jesus’s process moves step by step in order to test a person’s repentance, whereas Paul has already determined that this man is unrepentant (1 Cor. 5:3, 11). Second, Jesus presents a scenario where the offense is private and unknown, whereas Paul tells us the whole Corinthian church already knows. In other words, Paul’s real situation begins where Jesus’s example situation ends.

How does a church practice discipline?

Public accountability should be an outgrowth of what’s already going on in the private lives of church members. Formal church discipline works best when members already know how to give and receive loving correction. They do it in their homes. They do it over lunch. They do it gently, carefully, and always with the good of the other person in mind. They don’t offer corrective words selfishly—just to “get something off their chest.”

Several other principles for conducting church discipline are crucial.

The process should involve as few people as possible. This principle clearly emerges from Matthew 18:15–17. If a one-on-one encounter yields repentance, good. If it takes two or three more, then leave it at that. A matter should only be taken to the whole church when all other avenues have been exhausted.

Individuals should receive the benefit of the doubt. As we have already observed, Jesus prescribes something like a careful judicial process in Matthew 18:16 “that every charge may be established by the evidence of two or three witnesses.” Charges must be established. Evidence must be presented. Witnesses must be involved. Christians should move slowly and carefully, and churches should approach discipline cases with something like the courtroom principle of “innocent until proven guilty.”

Church leaders should lead the process. Sin is deceitful and complex. It’s easy to be deceived. Jude therefore writes, “have mercy on those who doubt; save others by snatching them out of the fire; to others show mercy with fear, hating even the garment stained by the flesh” (Jude 22–23). Generally speaking, once a matter of discipline moves beyond the first step or two, church elders should lead the process. The Holy Spirit has given them oversight over the whole congregation (Acts 20:28). Therefore, they should ordinarily be the ones determining whether a matter should go to the whole congregation.

Church discipline should involve the whole church. Different denominational traditions have different ways of involving the entire congregation in the process of formal discipline. But no matter the denomination, leaders should look for ways to “tell it to the church” (Matt. 18:17). Discipline, particularly in its final stages, is a deeply significant event in the life of a body, which, by virtue of our shared union in Christ, every part surely does own. Pastorally, it’s a significant event that every part surely should own.

All will learn. All will be warned and challenged. All may have something to contribute.

Church discipline grows a church in righteousness, peace, and love. This is true whether or not a sinner repents of his or her sin and is restored to the church. At the same time, by God’s grace, I have also seen marriages restored, lies confessed, addictions abandoned, the gospel re-embraced, and love rescued through church discipline. These stories of restoration after repentance are glorious.

What exactly does removing someone from a church say about the person?

Removing a person from membership and participation in the Lord’s Supper is a way of declaring that a church is no longer willing to affirm publicly that someone is a Christian.

Think for a second about what a church is saying when it brings a person into membership. The church is publicly affirming an individual’s profession of faith. It is declaring before the nations, “Joe professes to be a follower of Christ, and we hereby publicly testify that we agree with him. We believe Joe is a citizen of Christ’s kingdom.” The church makes this declaration through baptism and the Lord’s Supper.

So if membership involves the church’s public affirmation of a profession, church discipline involves the removal of that affirmation. The person may continue to profess he or she is a Christian. Yet now the church says, “We can no longer affirm this.”

Or let me explain it this way. If “Joe” came up to you and told you he was not a Christian, and then I asked you whether Joe was a Christian, you would say, “No.” Right?

But suppose Joe said he was a Christian, yet then you watched him do something we don’t expect of Christians and not apologize for it, like leaving his wife for another woman. What would you say if I asked you whether he was a Christian then? I expect you would probably feel uncomfortable offering an absolute “yes” or “no.” Removing someone from membership in the church, likewise, is not an absolute “yes” or “no” in response to someone’s profession of faith. It is the removal of the “yes.” It is saying “we will no longer affirm this profession.” A church reaches a point where, after multiple attempts to call a person to repentance, it feels dishonest continuing to affirm a person’s profession of faith.

Content adapted from Is It Loving to Practice Church Discipline? by Jonathan Leeman. This article first appeared on Crossway.org; used with permission.