Home Resources Books What Turns a Place Upside Down? 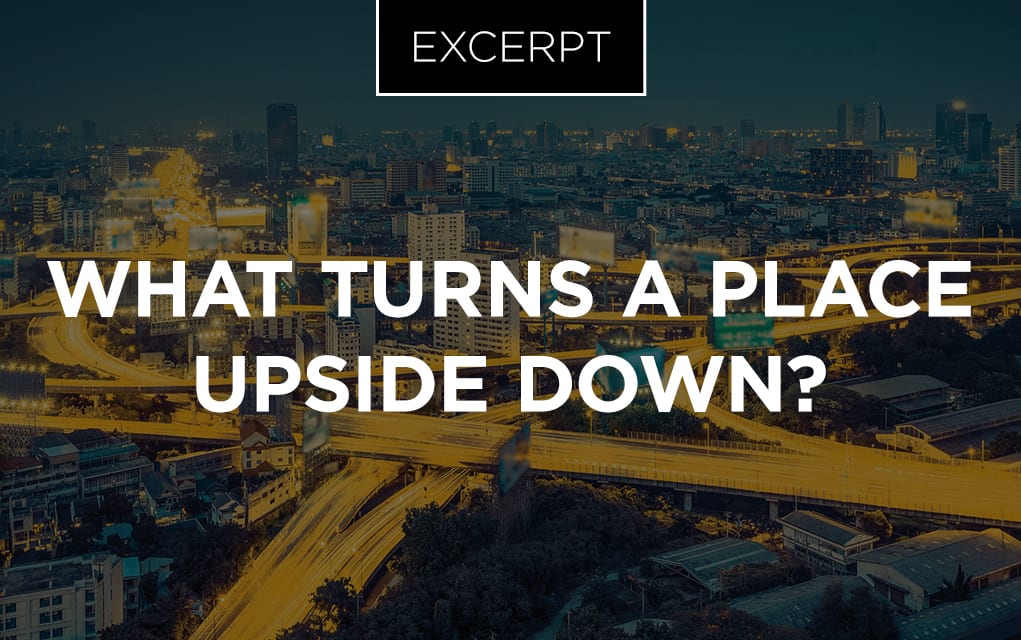 Hearing the Word of God preached is pivotal to the revival and transformation of a community.

Excerpted From
Zealous for Good Works
By Todd A. Wilson

My wife, Katie, and I lived in Cambridge, England, for three years while I was a doctoral student at the university. Not far from where we lived, just six miles to the north of downtown Cambridge, is the small village of Waterbeach. It’s a rather unremarkable place, save for the fact that Waterbeach was where one the world’s finest preachers held his first pastorate. At age sixteen, Charles Haddon Spurgeon would walk from his home in Cambridge to the village of Waterbeach to preach in an old barn filled with local residents who had come to hear this extraordinary “boy preacher.” Already at his young age, Spurgeon was an electrifying preacher—not merely because of his rhetorical gifts but also because of his spiritual power. People regularly met Christ through Spurgeon’s preaching. Waterbeach was a rough place, but Spurgeon’s ministry was transformative. Years later, when he reflected on his first pastoral charge he rejoiced at what God did through his ministry, through his preaching.

Preaching—it has the power to turn a place upside down. “There is nothing like it,” said one of the twentieth century’s great preachers, Martyn Lloyd-Jones of Westminster Chapel, London. “It is the greatest work in the world, the most thrilling, the most exciting, the most rewarding and the most wonderful.”

There is nothing like preaching’s capacity to touch hearts and transform lives. There is nothing like preaching to mobilize people to be zealous for good works. Yet preaching has fallen on hard times. People today often prefer other modes of communication. For many, podcasts and blog posts from their favorite Christian thinkers are more palatable. Preaching has become a bit passé. It’s too stuffy, didactic and authoritative, so this dim view of preaching assumes. Sure, in many churches preaching still has a place in the worship service. But it has lost its service-defining centrality and is no longer thought to be unique among God’s ways of building his church. Christian statesman John Stott said many years ago, “The contemporary world is decidedly unfriendly towards preaching.”

We should pause, however, to consider whether undervaluing preaching is responsible for the marked decline of spiritual vitality and moral seriousness we see in many of today’s churches and Christians. Nearly half a century ago, Lloyd-Jones lamented the decline of preaching and it’s impact on the church. It’s also worth pondering seriously what I take to be a simple lesson of church history: that the revival of God’s people always begins with the revival of preaching. Such was the case during the First and Second Great Awakenings in North America.

At the end of the day, there is nothing like preaching to stir up within God’s people a real zeal for good works. Which is why Titus, a biblical book designed to help the church become zealous for good works, opens the way it does—with a statement about preaching.

As we seek to fulfill our calling to be a city on a hill, as we let our light shine before others that they may see our good works and glorify our Father in heaven, as we adorn the doctrine of God with our Jesus-loving lives, as we pray and strategize and pursue all of these things, we must keep preaching central. For preaching is the primary way in which God creates a people who are zealous for good works. Why is that the case? Because of what preaching is and what preaching does. Preaching is unique in three different ways. First, its origin is in the revelation and command of God. Second, its content proclaims the person and work of Christ, the hope of glory. And third, its purpose is to elicit faith and instill knowledge, which as Paul says, “accords with” or leads to “godliness” (1:1).

From Outreach Magazine  6 Reasons Longer Sermons Are Not Better

But why has preaching been a hallmark of Christianity? It has to do with the origin of preaching. As we learn from Titus 1:1–3, preaching is rooted in God’s revelation. In fact, as Paul explains, preaching is the very means by which the purposes and promises of God are manifested to the world. God the Father intended from all eternity past to send God the Son into the world, to redeem us from our sins and to make for himself a people for his own possession who are zealous for good works (2:14). This astonishing purpose and these magnificent promises aren’t publicized on the evening news, and you won’t read about them in Time or Newsweek. Our only access to them is through the revelation of God.

Preaching is also rooted in God’s command. The apostle Paul did not make preaching his primary occupation because he liked preaching, because he was good at preaching or because he earned a good living from preaching. Nor did he give himself to preaching because he got an ego boost from speaking before large crowds. Let’s not forget that he was pelted with rocks for preaching God’s Word (Acts 14:19).

No, Paul preached because he was commanded to preach. As he says, preaching is that with which “I have been entrusted by the command of God our Savior” (1:3). This is why Paul identifies himself as “a servant of God” (v. 1). He is a man under authority with clear orders from on high.

Anyone who preaches regularly knows that preaching is not for the faint of heart. As my mentor and former pastor R. Kent Hughes likes to say, “Preaching is the most demanding of intellectual and spiritual tasks.” Precisely because it is so demanding—especially when done week in and week out, year after year—preachers can easily find themselves teetering on the brink of burnout, from sheer mental and emotional exhaustion. Every preacher has been there, at least once, if not many times. In those moments, preachers are often tempted to throw in the towel. In those very moments, we need to remind ourselves—and be reminded by others—that preaching finds its source not in ourselves but in a sovereign God who wills that preaching exists.

From Outreach Magazine  3 Keys to Turning Visitors Into Church Members

Preaching is rooted in the revelation and command of God. Thus, we would be foolish to treat preaching as insignificant or optional for the church. Rather, preaching is critical and essential to the health and vitality of the church, to your life and mine, even to the flourishing and future of our world. As Spurgeon put it, “Life, death, hell and worlds unknown may hang on the preaching and hearing of a sermon.”

We cannot live without preaching.

A one-of-a-kind activity—that’s what preaching is. But what also sets preaching apart from every other activity or mode of communication is its content. What is the content of preaching that can be called “Christian”? What is it that we preach? As Paul says, we preach God’s Word, not our word (1:3).

Because preaching communicates God’s Word, preaching must be both biblical and expository. Preaching must be biblical because the whole point of preaching is to speak God’s Word in human words, not human words in human words. But because preaching is to be biblical, it must be expository. This doesn’t mean the preacher must march dutifully through every book of the Bible in order, chapter by chapter, verse by verse, word by word, in some tedious and uninspiring way. Rather, the point is that the preacher must seek to make the message of the text the message of the sermon. What the text says, the preacher must say. Too often, preachers get this backwards. They let what they want to say guide their selection and exposition of Scripture rather than let Scripture itself be their guide.

But in preaching God’s Word, we don’t merely preach the Bible. We preach the Christ of the Bible. The content of preaching is not only the Bible but the One who is the sum and substance of it. That is what the Word of God, from Genesis to Revelation, all about anyway.

Excerpted from Zealous for Good Works: Mobilizing Your Church for the Good of Your Community by Todd A. Wilson (©2018). Published by Moody Publishers. Used by permission.