Home Resources Books There Is No Substitute for Authenticity 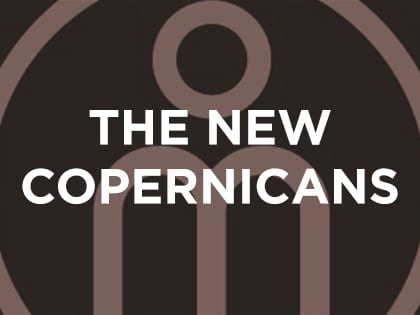 In a world of fakes, Millennials can help you stay authentic.

If you’re familiar with the legend of King Arthur and his Round Table, you may have missed an important feature that should be taken into account. The Round Table consisted of the king, a wise sage (Merlin), a court jester (Dagonet) and the noble knights. In Tennyson’s epic poem cycle “Idylls of the King,” court jester Dagonet is the only one of the court who could foresee the coming doom of the kingdom. His prophetic and truth-telling insights were invaluable. The court jester is missing from most leadership roundtables and church leadership boards—the person who, with humor, can counter the natural tendency and danger of surrounding oneself with like-minded people. We, too, need to build conscious contrarian voices into our leadership teams, and New Copernicans can provide that valuable corrective. We need people around us to expose our pretense, self-importance and inauthenticity.

Millennials, if appropriately empowered, can provide the role of crap detector. This is because one of their highest ideals is authenticity. They don’t put up with the fake, the superficial or posers. They have a finely honed nose for pretense. Authenticity is not a description that you can use for yourself; it is an affirmation given by others. It is a composite assessment of all a person is and does: “Are you being true to yourself? Are you being who you say you are to others?” Only when there is integrity within the New Copernican frame—an integrity that is unforced, agenda free and relationally saturated—will one approach the potential of authenticity. This is the gold-star aspiration of all who would connect with New Copernicans.

It is not a pose one assumes, but a gift one receives. James Gilmore and Joseph Pine have provided an entire book-length study on the importance of authenticity for business. Authenticity is important because fake products and services surround us—a condition social scientists describe as hyperreality. To encourage you to get an annual checkup from a real doctor, Cigna brought together an all-star team of fake doctors. We’ve got Alan Alda (MASH’s Franklin “Hawkeye” Pierce), Patrick Dempsey (Derek “McDreamy” Shepherd of Grey’s Anatomy), Donald Faison (Scrubs’ Christopher Turk), Noah Wyle (ER’s John Carter) and Lisa Edelstein (House’s Lisa Cuddy). The ad ends with the actors calling for a “doctor’s pose.” The ad is a spoof on a reality we have come to accept.

Western society, French sociologist and philosopher Jean Baudrillard claims, has undergone a “precession of simulacra.” In postmodern society the copies we make of reality have come to replace reality itself. Then we treat the copy as the reality. The process goes like this: (1) An image is a reflection of a basic reality; (2) The image masks and perverts the basic reality; (3) It masks the absence of a basic reality; and (4) This new hyperreality comes to replace the basic reality. The sign then becomes a simulacrum of the symbol. There is no there there, apart from the artificial world we have made. Artificiality replaces reality. The simulacrum becomes its own new reality, divorced from its original reference. This phenomenon is all around us, from drone strikes, to plastic surgery, to Wall Street trading. Let me illustrate the process.

When making a film about the Alamo, the filmmakers deemed that the historic site was too small and unimposing. It lacked cinematic scale. So a new, larger replica was made outside of San Antonio. “Alamo Village had been a popular stop for Alamo fans for years. To many, it was more ‘real’ than the actual site,” said Bruce Winders, Alamo historian. It was closed indefinitely in 2010.

Architecture critic Ada Louise Huxtable has suggested that Americans prefer a good fake to a bad real, a slick lip-synch to strained vocals, a nip and tuck to natural imperfections. Illusion and reality are losing their distinctiveness. Nowhere is this blurring more pronounced or accepted than in Las Vegas—the epicenter of this cultural phenomenon, the capital of Simulacra. Orlando’s Walt Disney World runs a close second—where its “historic downtown” is only an architectural re-creation of an imagined faked past paved in cobblestones and lit with gaslights. Baudrillard claims, “Illusion is no longer possible, because the real is no longer possible.” What happens in Las Vegas stays in Las Vegas, because what happens is not really real. This is no longer marginal behavior reflective of exotic locations. Dr. Michael Salzhauer, a renowned plastic surgeon, wrote a children’s book, My Beautiful Mommy, to help patients explain their surgical transformation to their children in a nonthreatening manner.

Business consultants Gilmore and Pine describe four modes of authenticity—real-real, real-fake, fake-real, and fake-fake. Authenticity is seen on a continuum based on answers to “Is it what it says it is?” and “Is it true to itself?” In this kind of world, the millennial insistence on authenticity is a refreshing corrective. But it is also a sharp critique of evangelical experience and practice. A visit to any Christian bookstore will reveal that we are comfortable commercial purveyors of kitsch. On the Orlando Universal Studios tour, our guides told us, “The only thing real here is what you can see.” We know that the gospel demands more than this. If we are living before an Audience of One, then our integrity must include the parts unseen, specifically our hearts. But if we are steeped in a culture of simulacra, where the fake is wink-wink accepted as real, then the importance and weight of this kind of integrity can diminish. Once again, we can be grateful for our millennial children who serve as our court jesters. We need their chastening, their blistering critique of the church. One of my sons left the church for a time out of disgust over the right-wing bumper stickers filling the church parking lot on Sunday morning. It appeared to him as if the gospel were being filtered through the lens of the Republican National Committee, rather than the gospel being the filter for politics and practice. If we become defensive and don’t listen, we will fail to appreciate their prophetic role in our lives.

The authentic presence of Christ is most often seen in the unscripted moments. A powerful example took place in 2013 in Saint Peter’s Square when Pope Francis was speaking to a congregation of families. A little boy in a yellow shirt walked up to him on stage while he was speaking and hugged his leg and later crawled up on the pope’s chair behind him. The gentle acceptance and spontaneous love displayed in that unplanned moment meant more to that audience (and the audience watching worldwide) than any of his now-forgotten remarks. There is no substitute for authenticity. That millennials demand it, especially from people of faith, is a great and lasting benefit to the church. We must find ways to develop systems of reverse mentoring, empowering our fellow millennial New Copernican pilgrims to be court jesters, resident crap detectors in our midst. It is unlikely that we can see well enough without their assistance. Millennials are thus a valuable, nay, essential part of our church roundtable.

Taken from The New Copernicans by John Seel. Copyright © 2018 by John Seel. Used by permission of Thomas Nelson. www.ncconversations.com 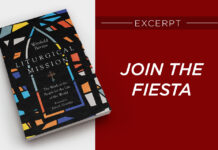 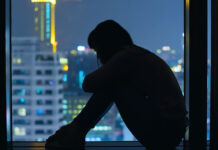