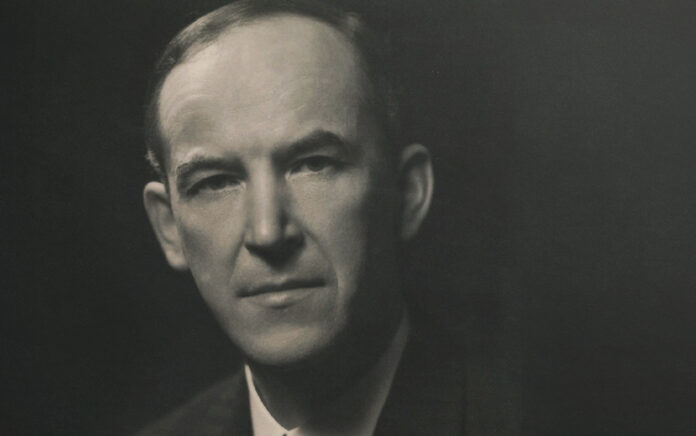 Preach to make Christ’s name known, not our name known

I owe more to the ministry of Martyn Lloyd-Jones than I can put into words. In what follows, I try to summarize some of the most life-changing lessons I have learned from his preaching.

At this point there is one golden rule, one absolute demand–-honesty. You have got to be honest with your text. I mean by that, that you do not go to a text just to pick out an idea that interests you and then deal with that idea yourself. That is to be dishonest with the text.

2. Preach the Word in the Power of the Spirit.

Like Elijah on Mt. Carmel, Lloyd-Jones believed that sermon preparation could prepare the sacrifice in an orderly way, but only God could bring down the fire. The sermon must catch fire to be true preaching. Without the Spirit, a preacher is only reading his notes or repeating words in reliance upon human oratory. The Doctor prized the power of the Spirit in preaching.

The most romantic place on earth is the pulpit. I ascend the pulpit stairs Sunday after Sunday; I never know what is going to happen. I confess that I come expecting nothing; but suddenly the power is given. At other times I think I have a great deal because of my preparation; but, alas, I find there is no power in it. Thank God it is like that. I do my utmost, but he controls the supply and the power, he infuses it.

The secret to his success is that he did not separate light and heat, head and heart, word and Spirit. Lloyd-Jones was a student of history and saw this same pattern in history many times.

What was it that turned the world upside down? Was it just theological teaching? Was it mere enunciation of correct doctrine? Over and above that there was this mighty ‘demonstration of the Spirit and of power.’ How did those people turn the world upside down? The answer is that in the Book of Acts we have an account of a great revival, of the Spirit outpoured. What happened could not have happened otherwise. How did all these churches come into being? Was it merely that the apostles taught correct doctrine? Of course not! It was the Spirit’s demonstration and power that accompanied the correct doctrine. Correct doctrine can leave the church dead; you can have dead orthodoxy, you can have a church that is perfectly orthodox but perfectly useless. Over and above, there was this demonstration, this unction, this authority, this outpouring of the Spirit’s power. It is the only explanation of the astonishing things that happened.

Lloyd-Jones never tired of stressing the necessity of the Spirit for the work of ministry. He often reminded pastors of “how much more” we need the Spirit today than the disciples did in their day.

You would have thought these men therefore were now in a perfect position to go out to preach; but according to our Lord’s teaching they were not. They seem to have all the necessary knowledge, but that knowledge is not sufficient, something further is needed, is indeed essential. The knowledge indeed is vital for you cannot be witnesses without it, but to be effective witnesses you need the power and the unction and the demonstration of the Spirit in addition. Now if this was necessary for these men, how much more is it necessary for all others who try to preach these things

This process of seeking the Spirit’s power does not start when the sermon manuscript is complete; it must be the focus from the first moment of the preacher’s preparations. He urges us to seek, expect, and yield to this power as the “supreme thing” and to “be content with nothing less.” Without this emphasis, there is “always a very real danger of our putting our faith in our sermon rather than in the Spirit.” It seems like I need to hear this warning week-by-week.

3. Preach for the Salvation of the People in the Pew.

A monumental turning point took place in 1923 while Lloyd-Jones was a medical student at St. Bartholomew’s in London. He began listening to the preaching of Dr. John Hutton, the minister at Westminster Chapel. There was a spiritual power in this man’s preaching that arrested his soul and made him aware of the amazing power of God to save and change lives. He had never experienced this power at any other church he attended (despite the fact that he had attended church his whole life).

Lloyd-Jones later described his conversion in this way:

“For many years I thought I was a Christian when in fact I was not. It was only later that I came to see that I had never been a Christian and became one. … What I needed was preaching that would convict me of sin. … But I never heard this. The preaching we had was always based on the assumption that we were all Christians.”

That experience marked the rest of his ministry. Lloyd-Jones never assumed that the people in the pews were all Christians. The Lord blessed this approach. The Spirit moved mightily through Lloyd-Jones’s ministry for the salvation of both the most outwardly religious and the most outwardly irreligious. People from every walk of life experienced the life-changing power of the gospel. Like Paul, he resolved to preach “Jesus Christ and him crucified” (1 Cor. 2:2). That was the text for his first sermon and he never moved away from it as his guiding principle. Others in his day thought that the decline in church attendance in many places meant that modern man needed more modern attractions like drama.

Lloyd-Jones took a radically different approach. He suspended the drama society. Musical evenings were canceled. He simply preached Christ in the power of the Spirit. He said that Christ was the church’s only attraction. His sermon on Psalm 34:8 (June 28, 1931) testifies to this conviction: “The business of preaching is not to entertain, but to lead people to salvation, to teach them how to find God.”

He believed that the first work of the Holy Spirit in the pulpit would be to convict people of their sin and to humble them in the presence of God. One should not try to soothe the conscience of those who do not fear God and are not seeking his mercy. “Present-day religion far too often soothes the conscience instead of awakening it, and produces a sense of satisfaction and eternal safety rather than a sense of unworthiness and the likelihood of eternal damnation.”

He believed that the Spirit of God would not own that kind of preaching. In so doing, Iain Murray emphasized that Lloyd-Jones went back to a preaching principle that Charles Spurgeon had owned for his own ministry.

In the beginning, the preacher’s business is not to convert men, but the very reverse. It is idle to attempt to heal those who are not wounded, to attempt to clothe those who have never been stripped, and to make those rich who have never realized their poverty. As long as the world stands, we shall need the Holy Ghost, not only as the Comforter, but also as the Convincer, who will ‘reprove the world of sin, and of righteousness, and of judgment.’

The church needs to relearn this lesson in every generation. There is nothing new under the sun. The Lord raised up Charles Spurgeon to confront the downward spiral of England into liberalism in the nineteenth century. It became known as the Downgrade controversy. The Lord raised up Lloyd-Jones to deal with the downward liberal slide in the twentieth century. We need more of this kind of preaching in the 21st century.

He testified powerfully to this truth at the end of his life. Lloyd-Jones became ill and it became very difficult for him to get from his chair to his bed. Friends would come to encourage him and would watch him and become discouraged themselves. They would say, Martyn, you used to be this powerful preacher, a lion in the pulpit, and now you look pitiful—you can hardly make it to your bed. How do you keep from getting discouraged? He would often quote a Bible verse from Luke 10:20:

“Nevertheless, do not rejoice in this, that the spirits are subject to you, but rejoice that your names are written in heaven.”

He would then say, “Why should I be discouraged? I am no less saved today than I was when I was preaching. In fact, salvation is nearer than when I first believed.”

Content adapted from Lloyd-Jones on the Christian Life by Jason C. Meyer. This article first appeared on Crossway.org; used with permission.